On the June 2 episode of tvN’s talk show “Secret Garden,” WINNER’s Kang Seung Yoon talked about acting and the type of role he’d like to play in the future.

The idol, who has previously appeared in dramas such as “We Broke Up” and “Prison Playbook,” shared that he hopes to continue with his acting career. When asked what kind of role he would like to try, he replied, “I want to try acting in a medical drama. I want to be in a production that has long and difficult lines.”

Kang Seung Yoon went on, “Up until now, I haven’t had especially long lines in my acting career, but I’ve never made a single mistake with my lines during filming. It made me want to try taking on long lines.” 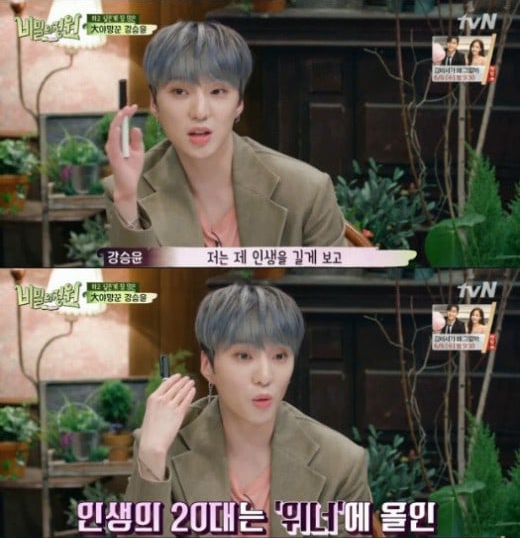 What kind of role would you like to see Kang Seung Yoon play in the future?

WINNER
Kang Seung Yoon
Secret Garden
How does this article make you feel?