During the June 2 broadcast of the KBS show, all of the artists came together to sing Swedish group ABBA’s “Thank You for the Music” in celebration of its 400th episode. The heartwarming, star-studded performance received much praise and applause from the audience.

Hyukoh, the first individual artist to perform, captivated the audience with its incredible performance of “TOMBOY,” featuring the unique, rich voice of lead singer Oh Hyuk. Lee Juck went next, performing his song “Left-Hander” from his debut days. Jo Hyun Ah and MeloMance then collaborated for a special version of Urban Zakapa’s “I Don’t Love You.” 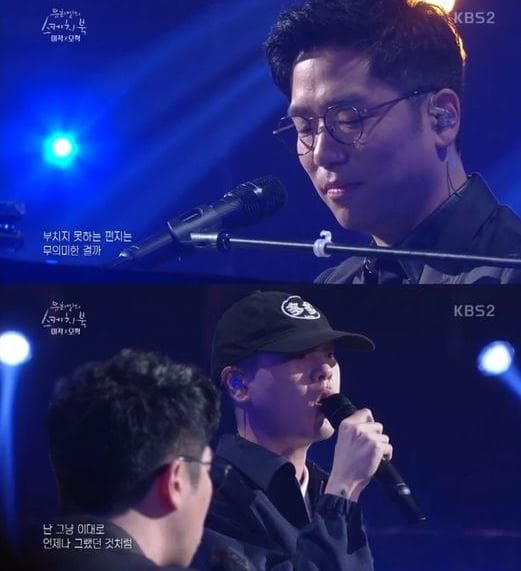 The mood swiftly changed upon Dynamic Duo’s entrance, and the audience sang along to their live performance of “Guilty.” The hip hop duo commented, “We never got a chance to promote this song properly, because we had to enlist in the military as soon as it was released.”

10cm’s Kwon Jung Yeol created a lovely, warm atmosphere by singing “Love in the Milky Way Cafe” and “Caress,” while Yoon Jong Shin performed his hit song “Like It” together with host Yoo Hee Yeol. 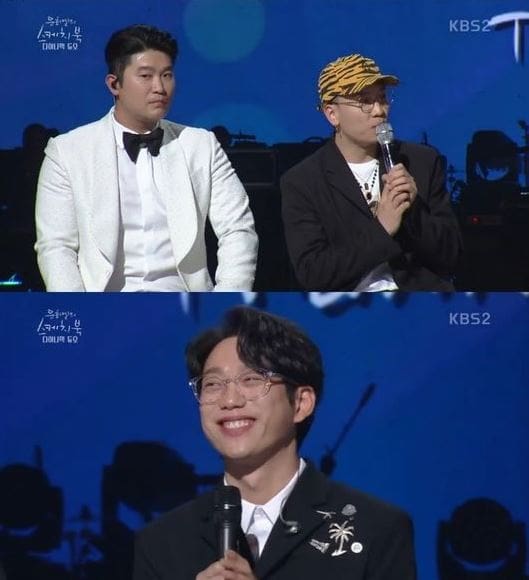 Last but not least, IU and Oh Yeon Joon, a famous child singer, teamed up for a special duet version of her song “Through the Night.” IU also sang “Dear Moon,” a song from the soundtrack of her recent drama “My Ahjussi.” 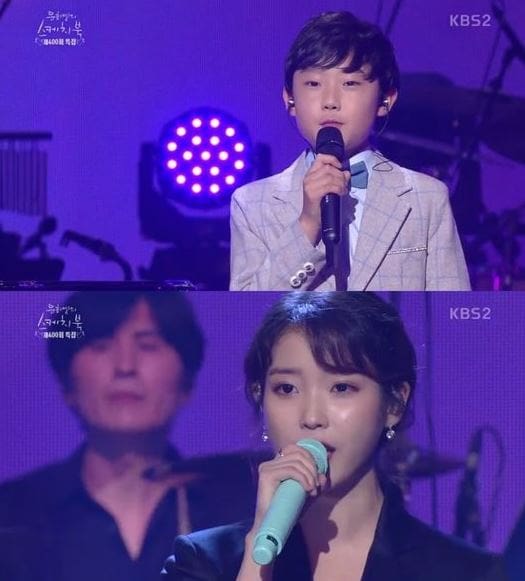 Check out IU’s performances as well as the group stage below!