WINNER’s Kang Seung Yoon talked about his personality on the recent episode of tvN’s “Secret Garden.”

“Secret Garden” is a talk show that discusses various topics related to psychology.

The psychologist explained that the opposite of a rational personality is not someone who’s instinctive, but rather impulsive. He went on to say that out of the members, Kang Seung Yoon has the lowest impulsiveness.

The mental health expert also explained that a rational person likes to work inside of the pattern that he’s created for himself.

A criminal psychology professor added that rational people also tend to be conscientious and pointed out how Kang Seung Yoon made a logo song for the show despite his busy schedule and lack of sleep.

She added, “If it’s bit excessive, [it can become] anxiety. You can also see it as a type of person who confines oneself.”

When the MC asked if he’s gone on a trip alone and if there’s anywhere he wants to go to, Kang Seung Yoon answered no to both questions. 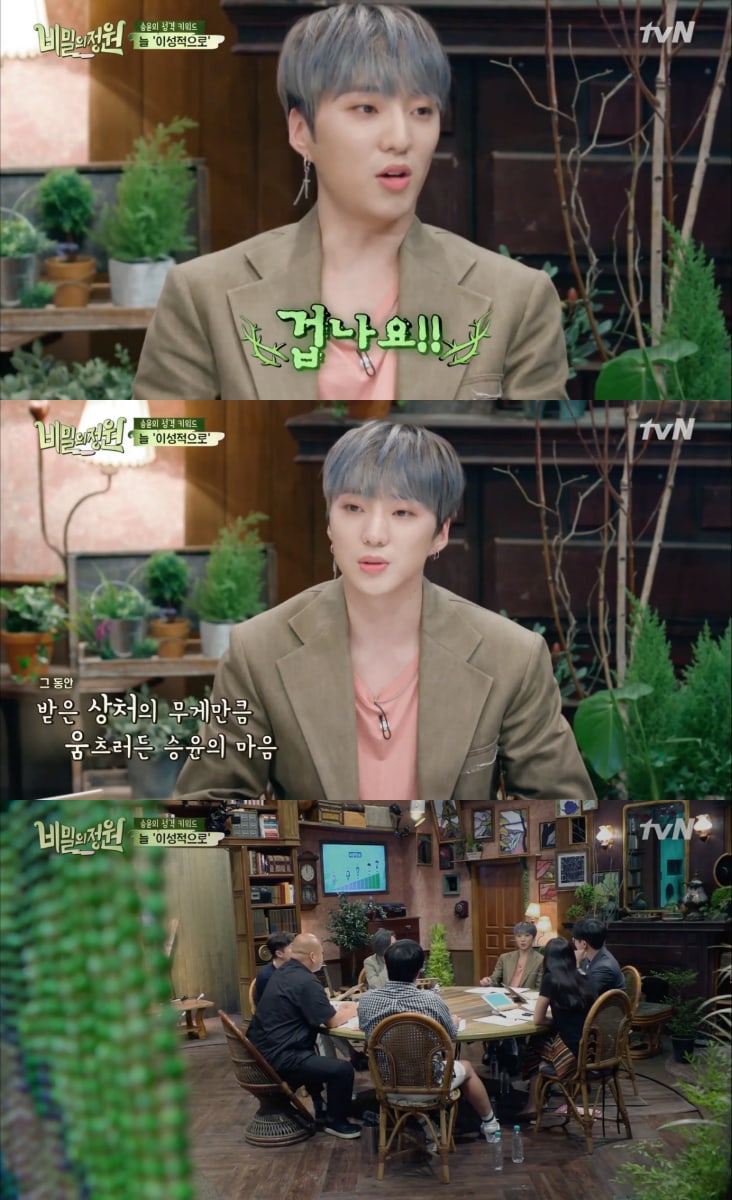 The WINNER member explained, “People around me say, ‘You should travel, meet people, and have fun.’ But I’m scared. The reason why is because when I went on the audition program, I was a normal person who then suddenly received attention.”

He continued, “I remember that I received some hate at the time. I was criticized for my character, and since then, anxiety formed. I became someone who can’t have a free life. I pay attention to others even while I’m eating, so I try not to step out of those bounds.”

He added, “I recently went on a trip with my members through the program ‘Youth Over Flowers.’ It was so nice, but to be honest, even while filming the program, I was nervous and couldn’t freely enjoy myself.”

The MC then asked Kang Seung Yoon about WINNER’s overseas concerts and what they do afterwards. The WINNER member revealed, “We go overseas a lot to perform, but we’ve never actually experienced any one of those countries.” He then summed up their overseas schedule as, “Airport, hotel, concert venue, hotel, airport.”

WINNER
Kang Seung Yoon
Secret Garden
How does this article make you feel?