On the latest episode of tvN’s “Secret Garden,” WINNER’s Kang Seung Yoon offered viewers a glimpse of his everyday life!

The June 2 broadcast of the reality show showed Kang Seung Yoon spending an ordinary day at home in his dorm. After being woken up by his pet dog, the first thing the WINNER leader did was to sit up in bed and search his name online on his phone. Kang Seung Yoon previously shared on last week’s episode of “Secret Garden” that he actively searches for hate comments on articles written about him.

While watching the footage, the “Secret Garden” cast members exclaimed, “You’re not searching ‘Kang Seung Yoon’ online immediately after waking up, are you?” Kang Seung Yoon confirmed, “I am. I check my social media, then read the comments on the latest articles about me. I also check the comments on videos.” 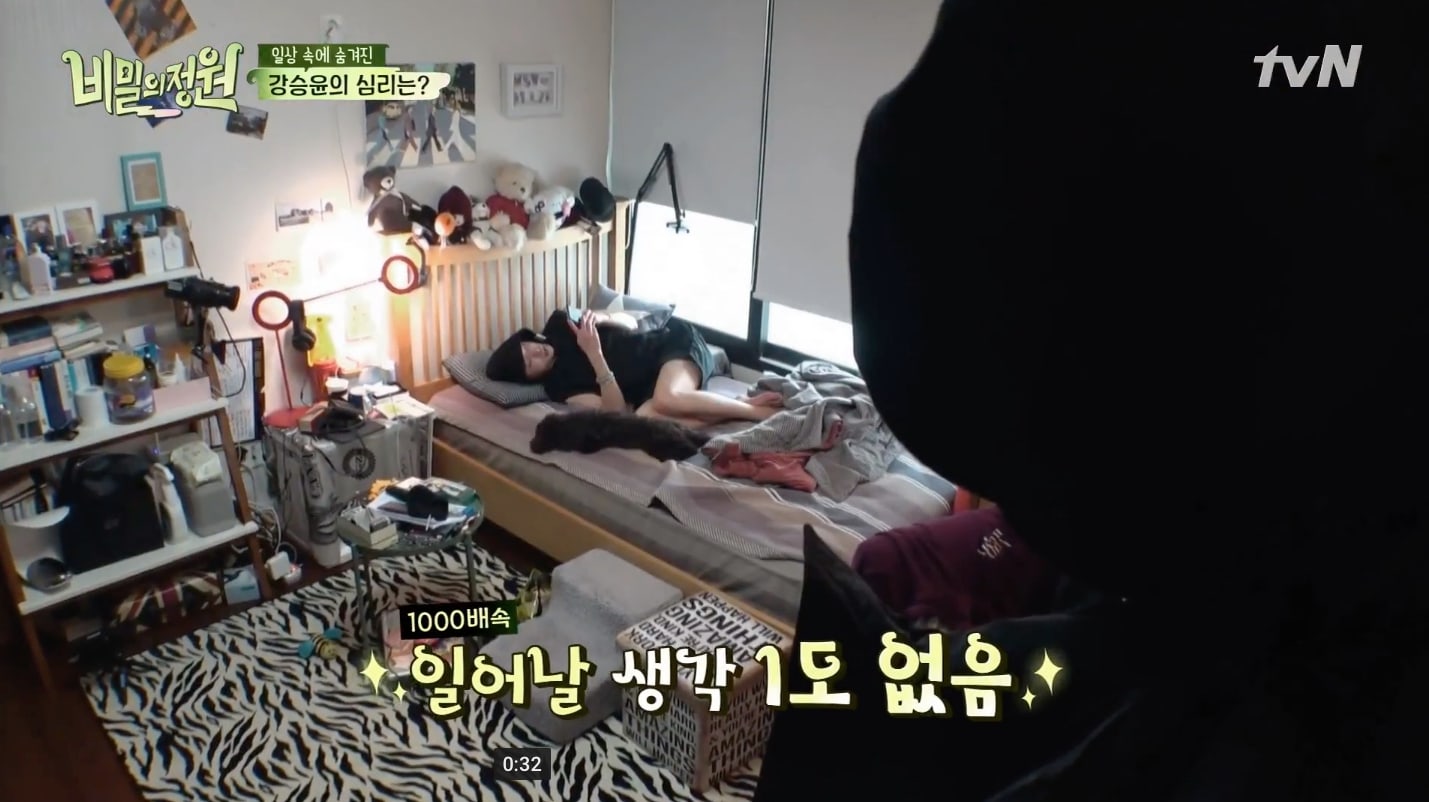 He went on to confess, “I don’t play games, because even though I like them, I get addicted once I start playing. So, as you can see in the video footage, my daily life consists entirely of lying in bed and looking at my phone, unless I’m working.”

In a separate interview, the other WINNER members expressed their concern that Kang Seung Yoon was too invested in checking people’s reactions online. Lee Seung Hoon remarked, “He spends a lot of time watching videos of WINNER or of himself [and checking the comments].”

Kim Jin Woo commented, “I wish he’d take it easy on reading [people’s comments about us]. Because personally, I don’t really look at that kind of stuff.” Song Mino added, “Seung Yoon is the type whose feelings are hurt by that kind of thing.”

Kim Jin Woo agreed, “Because he absorbs all of those comments 100 percent and pays a lot of attention to what they say. I worry about that.”

Song Mino chimed in, “Jin Woo is always telling him to stop reading those kinds of things, that they’re not good for him.” 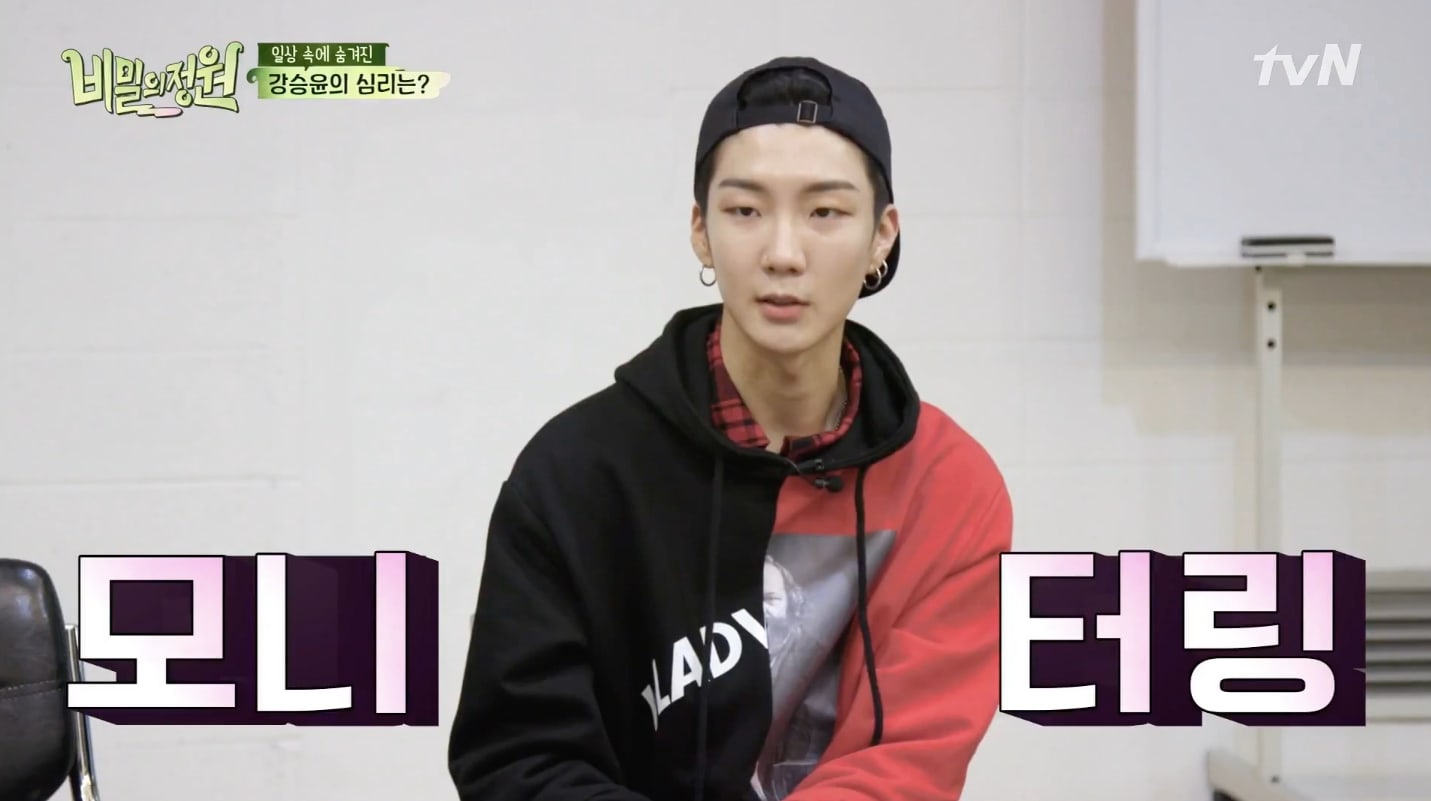 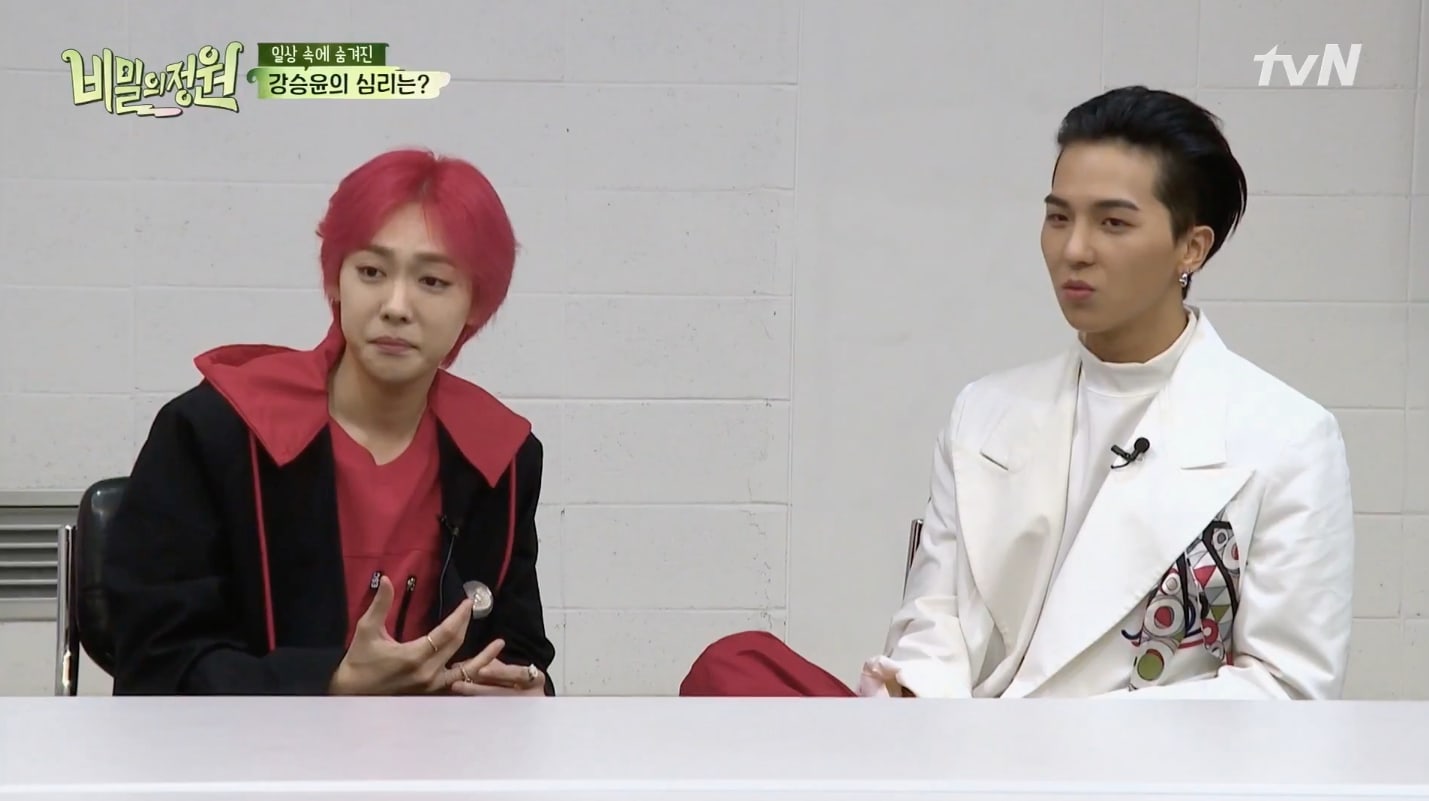