On the June 3 episode of KBS 2TV’s “The Return of Superman,” Sam Hammington and his sons William and Bentley spent time with comedian Yoo Byung Jae.

Upon meeting the children, Yoo Byung Jae worked hard to win the children over, especially William. In his attempt to get a kiss on the cheek by William, Yoo Byung Jae not only taught William how to pet his cat but even pretended to be sick, although it was all in vain.

Yoo Byung Jae then said he would take Sam Hammington, William, and Bentley to a tasty restaurant. It was soon revealed that the restaurant was actually the famous cafeteria at YG Entertainment. 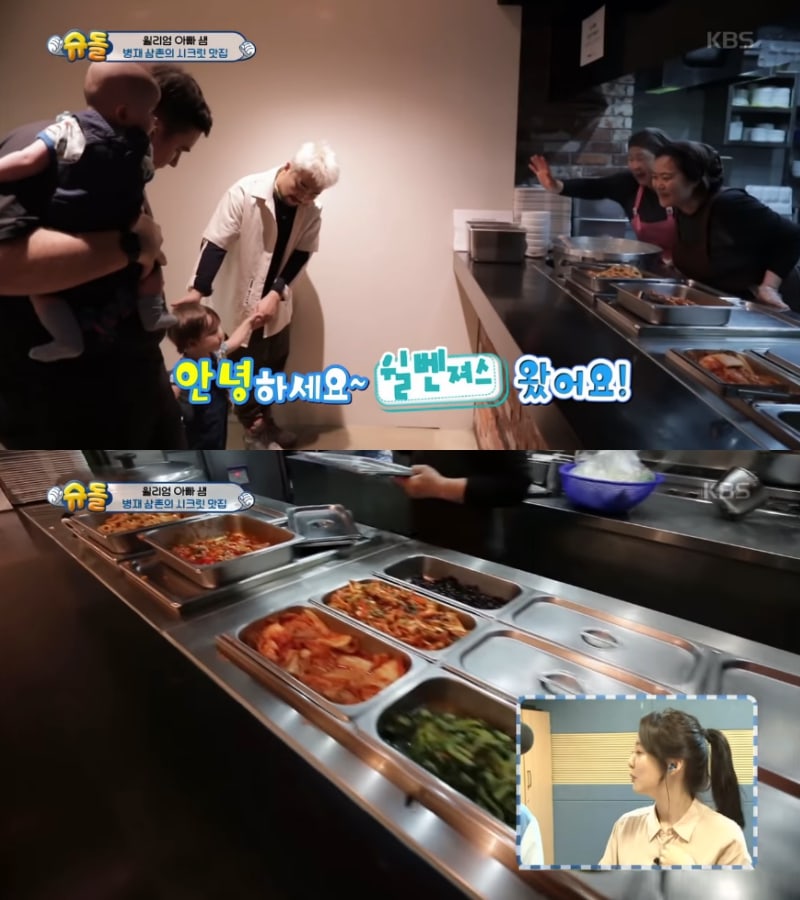 Oh Sang Jin, an actor who’s also under YG’s management, and his wife, announced Kim So Young, were the narrators for this episode. When they saw the family and Yoo Byung Jae at the YG cafeteria Oh Sang Jin commented, “I’ve had meals there twice.” When Kim So Young asks if it’s better than the meals he cooks for them, the actor confirmed, “It’s more delicious than the meals that I have at home.”

The visit to the cafeteria proved successful as everyone loved the food. “I thought it was a fine restaurant,” commented Sam Hammington. As William went to get a second helping of dried seaweed, he unexpectedly encountered Sandara Park.

“I also came to eat after my schedule was over,” she said, unable to take her eyes off William and Bentley. William warmed up to Sandara Park quickly and gave her a hug and kiss in just five minutes, hilariously disappointing Yoo Byung Jae. William still impressed Yoo Byung Jae when he remembered his name at the end of the day. 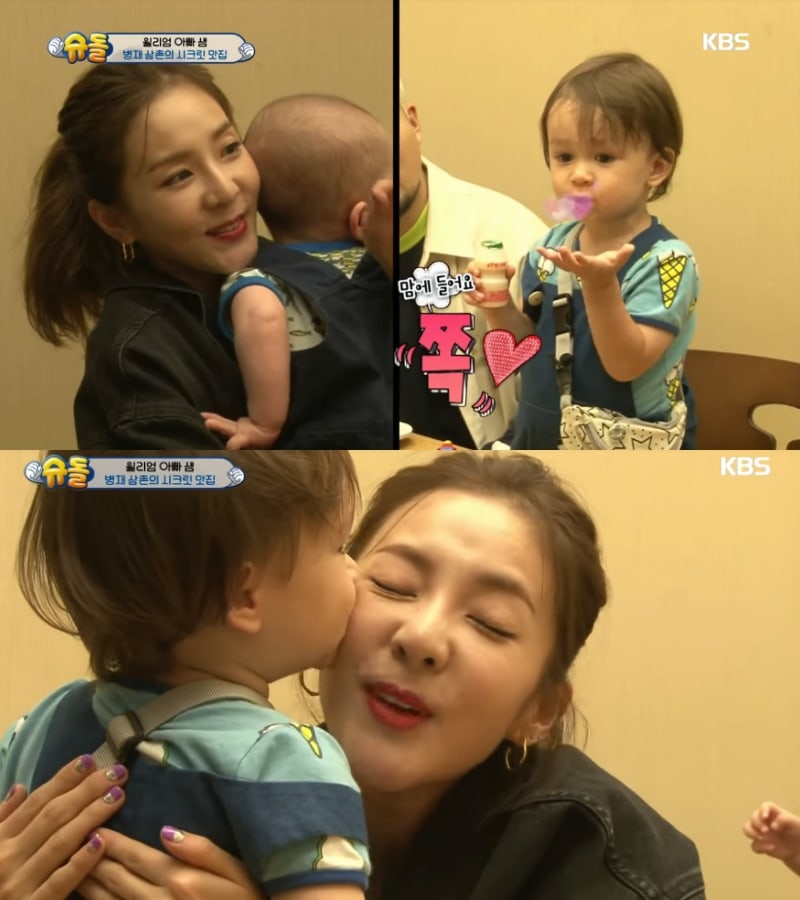 On the day the episode aired, Sandara Park also posted a picture of her, Sam Hammington, Yoo Byung Jae, Bentley, and William on Instagram. “Super cute William and Bentley I met at YG Entertainment,” she wrote. “My heart fluttered.”

Sandara Park
The Return of Superman
Yoo Byung Jae
Sam Hammington
William Hammington
How does this article make you feel?