tvN drama “About Time” is about musical actress Choi Michaela (played by Lee Sung Kyung) who has the ability to see people’s remaining time left to live, including her own; and Lee Do Ha (played by Lee Sang Yoon), a man she meets who has the ability to stop her time. In the previous episode, Lee Do Ha abruptly confessed his feelings for her, and the two shared an emotional kiss.

In the released photos, the two are enraptured with each other and begin their passionate romance. The first half of the photos show the two meeting after Lee Sang Yoon was treated for being stabbed in Lee Sung Kyung’s stead. They gaze at each other in a romantic, sudden flurry of spring snow. The second half of the photos show the two on their camping date, and they cautiously and happily dance together. 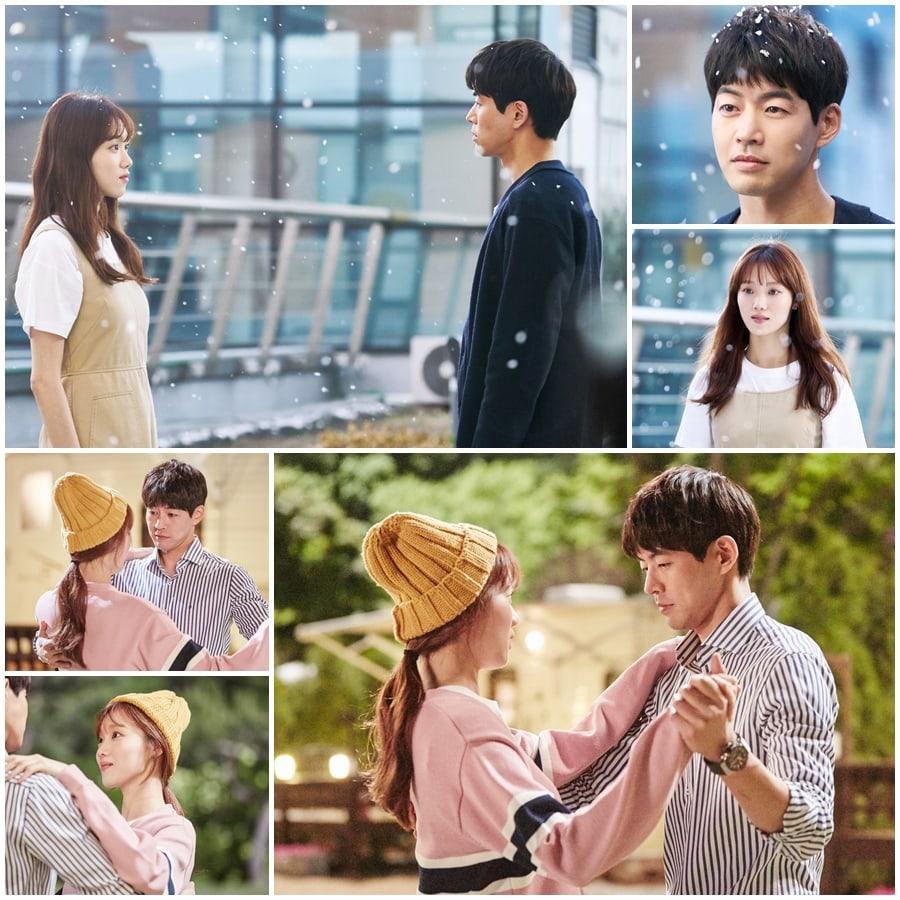 In the upcoming episode, Lee Sung Kyung, whose time actually increases when she’s with Lee Sang Yoon, will be moving in to Lee Sang Yoon’s home. During the day, she will be Lee Sang Yoon’s employee and driver, while at the night they will enjoy their romance.

A source from the drama stated, “The two are officially together now, and will show their sweet romance this week. They will satisfy the viewers’ expectations towards the couple. There will also be another surprising revelation about the countdown clocks, so please look forward to it.”