BTS has released new behind-the-scenes footage from the filming of their “Fake Love” music video!

The new video clip starts out with the members of BTS getting ready to film their individual scenes for the music video. Jimin explains, “[The music video] is about trauma.” RM describes his scene by saying, “In my case, I talk to my reflection in the mirror, and I also become that reflection.” V also explains to fans, “In my scene, I’m about to make a phone call. When I turn on my phone, it suddenly turns into sand, and you can see me looking surprised and flustered.”

As J-Hope prepares to shoot his own individual scene, he jokes, “Because I love sweets, they’ve laid out a bunch of chocolate bars for me.” He then goes on to build a makeshift pillow out of a pile of Snickers bars while laughing in amusement.

The seven members also joke around with one another while filming their group dance scenes, cracking each other up between takes. At one point, Jin laughingly points out to the others that RM accidentally hit him while dancing. 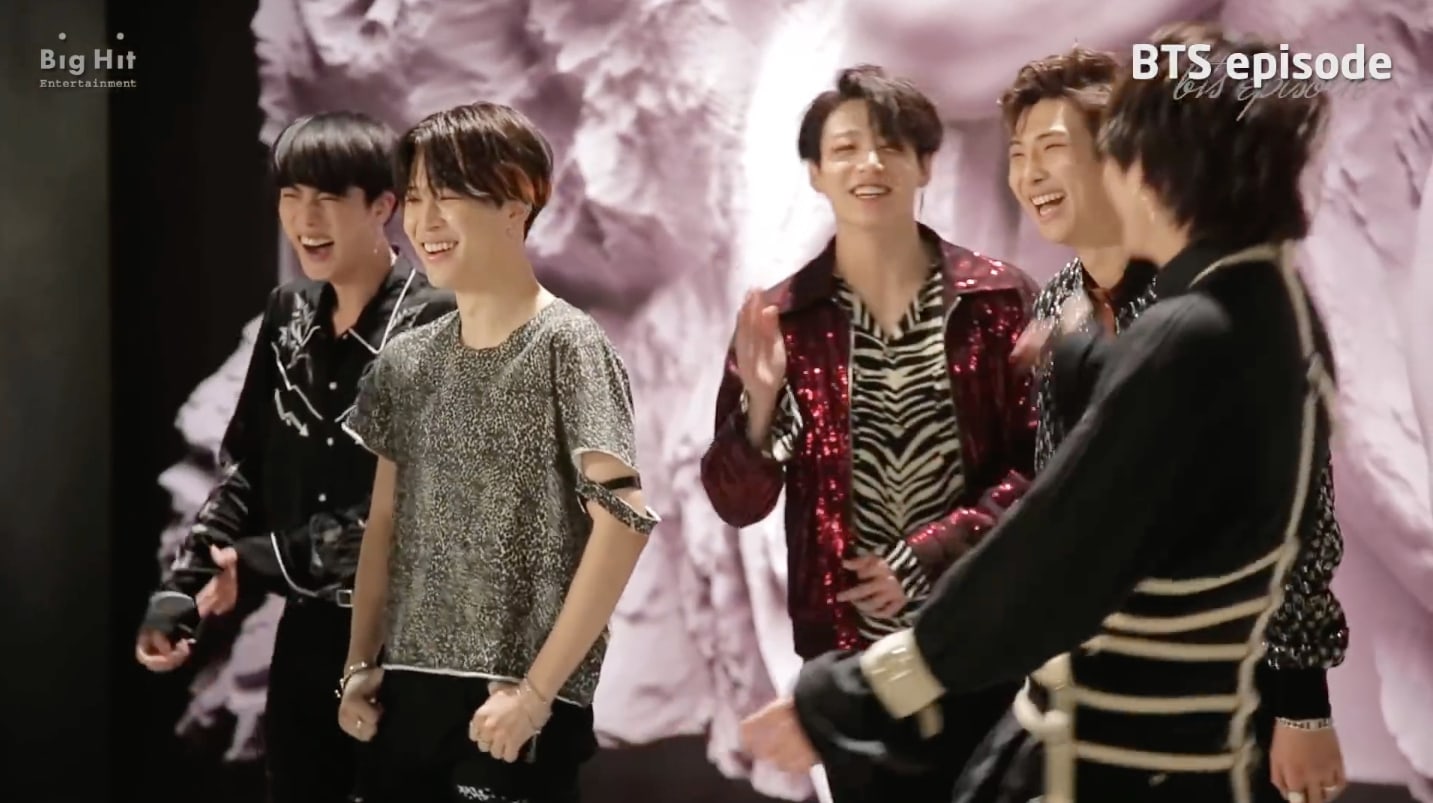 Although Jungkook initially expresses nervousness before shooting his action scene, he later remarks happily, “I had fun during the filming.”

Jimin also describes his individual scene for the fans, commenting, “This is the realm that I’ve occupied since [the music video for] ‘I Need U.’ [In my scene,] I will show you the moment that I face my trauma.” 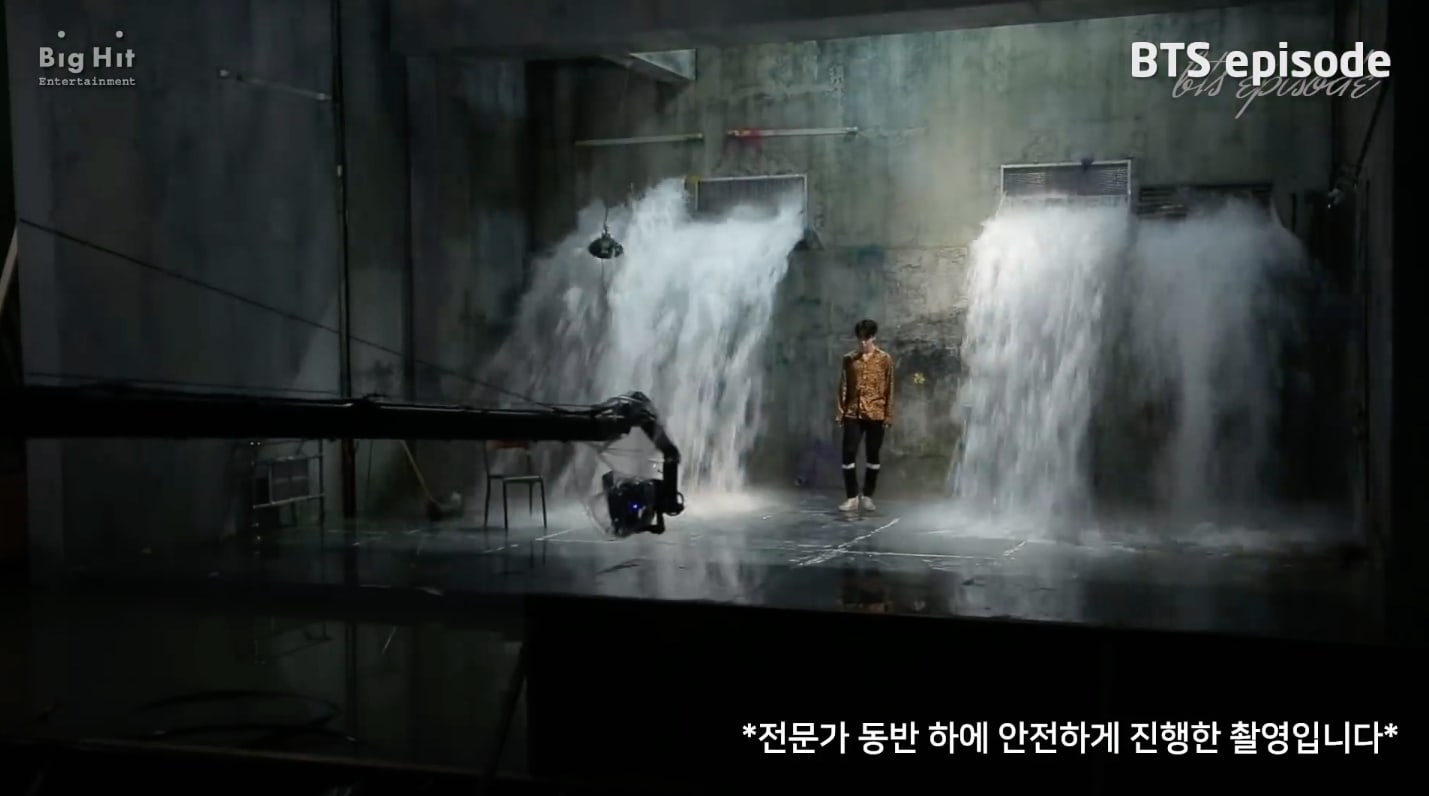 At the very end of the clip, RM jokes to the other members, “I just came back from watching [the music video], and it turned out really well.”