Seo Kang Joon And Gong Seung Yeon Have A Tense First Meeting In “Are You Human, Too?”

Seo Kang Joon and Gong Seung Yeon have a tension-filled first meeting for the upcoming drama “Are You Human, Too?”

In the released photos, the two leads of the drama have an intense first meeting at the airport. There is tension between Seo Kang Joon and Gong Seung Yeon, who is dressed as a bodyguard. She appears relaxed as she twirls a wristwatch around her finger. However, Seo Kang Joon gazes coldly at her, as though he is demanding something from her. 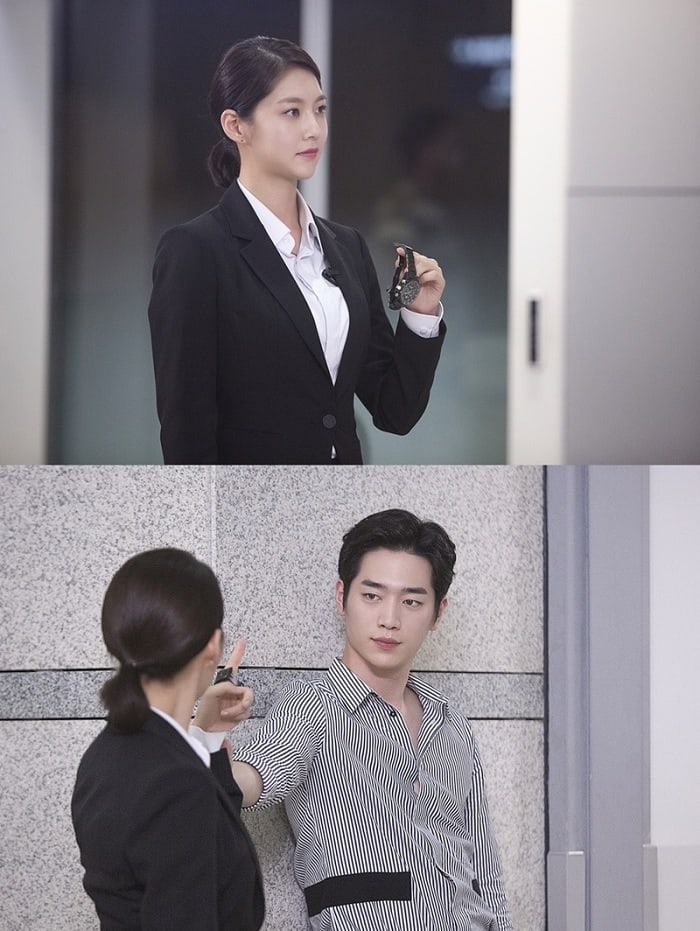 Nam Shin is the sole grandson of PK Group’s Chairman Nam Geon Ho (played by Park Young Gyu). Nam Shin is told that all he has to do is quietly survive, and he will easily become the successor. However, he is a troublemaker that causes incidents left and right. Kang So Bong is the exact opposite, a former martial artist whose entire world was athletics, and a current PK Group bodyguard. She is never embarrassed and is a professional in every situation.

A source from the drama stated, “On the first episode, Nam Shin and So Bong will meet for the first time. Please look forward to finding out why Nam Shin is gazing so coldly at So Bong, who needs to protect him. The first episode will show the interactions between robot Namsin III and the human Nam Shin, So Bong’s unique personality, and the introduction of other characters like Ji Young Hoon (played by Lee Joon Hyuk).”