Chef Kim Jung Rae, who works as a consultant for SBS’s Monday-Tuesday drama “Wok of Love” had nothing but praise for 2PM’s Junho for his work ethic and passion.

“Wok of Love” is a romantic comedy that follows the lives of three people as they run a neighborhood Chinese restaurant. 2PM’s Junho plays Seo Poong, the chef of the restaurant. As such, he has to film many scenes that require him to cook and he stole the hearts of viewers from the first episode with his expertise in handling a wok. His romance with Dan Sae Woo (Jung Ryeo Won) has also been making viewers’ hearts race.

The drama has been receiving consultations from chef Kim Jung Rae, and he was recently asked how Junho prepared for his role. He shared that he’d trained Junho for a month before the drama began filming. They went through everything from basic knife skills to preparing ingredients and using a wok. Behind all of the captivating cooking scenes in the drama is the hard work of Junho.

Talking about Junho, Kim Jung Rae stated, “He’s very passionate. He initially struggled with working with a wok in front of a fire, but he’s now as comfortable with it as real chefs are. He looks very natural in the kitchen and it’s the result of continued practice.” He continued his praise as he added, “Junho prepared for his role by not only asking about technical skills, but also trying to understand how a chef’s mind would work in certain situations. He never does anything halfway, so I was always flooded by questions when I arrived on set.” 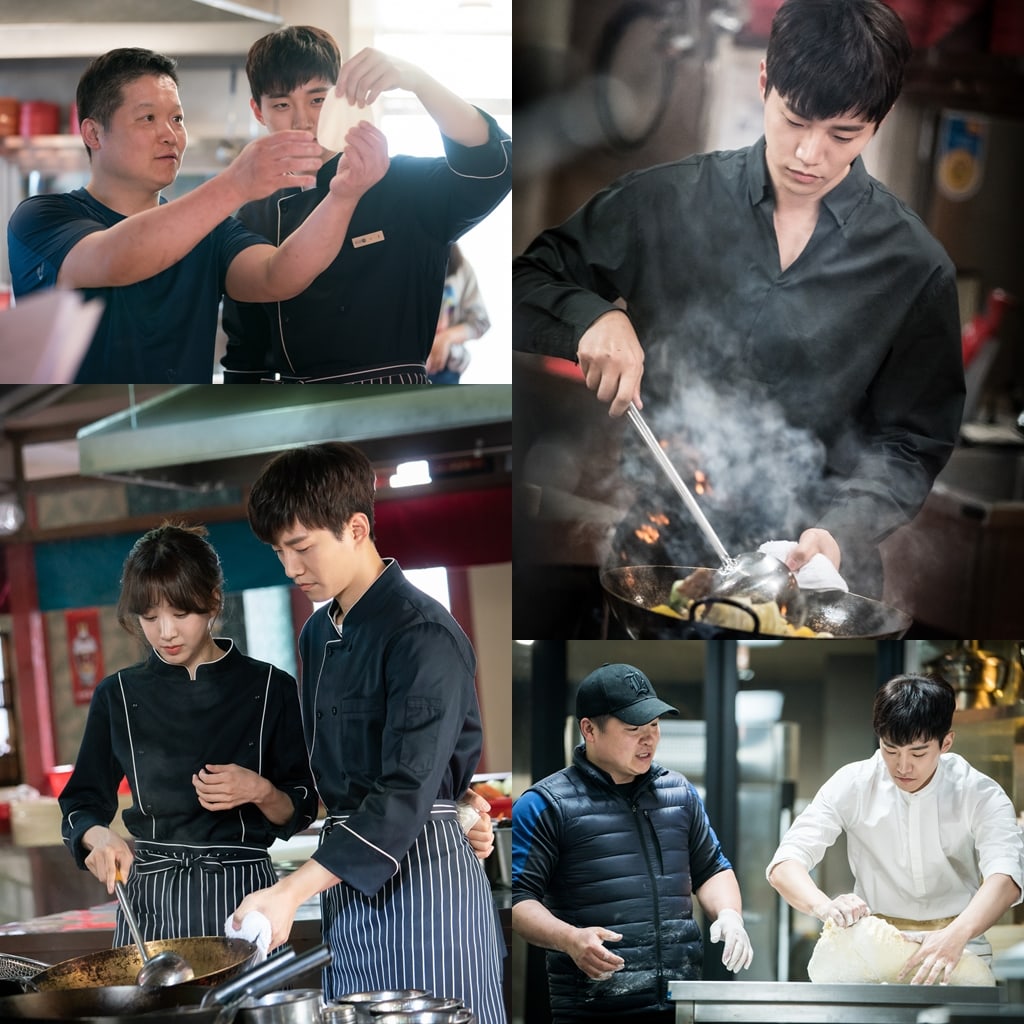 He also chose the scene of Dan Sae Woo helping Seo Poong cook when he hurt his arm as the most memorable scene in the drama so far. He explained, “In Chinese cuisine, the wok and ladle are inseparable. You have to turn the wok well to make sure the ingredients don’t burn, and you have to keep adding more flavors and spices with the ladle at the same time to create complex flavors. I thought it was interesting to represent the two characters’ relationship through the wok and the ladle.”

“Wok of Love” airs every Monday and Tuesday on SBS at 10 p.m. KST. Catch the latest episode below!