“Four Sons” has given viewers a peek at Koo Ja Sung and Park Hae Jin in the upcoming drama.

On June 4, the drama revealed stills of Koo Ja Sung and Park Hae Jin. Koo Ja Sung was a former model who previously appeared on JTBC’s “Misty.” He will appear as Kim Min Ki, the assistant to director Kang Il Hoon (played by Park Hae Jin) of the conglomerate Moon Myung Group.

Kim Min Ki is handsome and has a bright personality. No matter how much he gets yelled at by Kang Il Hoon, he maintains his bright, bubbly energy. Kang Il Hoon sincerely likes Kim Min Ki, and the two will show off a bromance in the drama.

Kim Min Ki will also run into other characters who resemble Kang Il Hoon and play an important role in helping him solve this mysterious case.

In the stills, Koo Ja Sung looks just like his character. He sits on the floor and smiles brightly, then focuses on something with his hand on his waist. His chemistry with Park Hae Jin will be something to look forward to in the series. 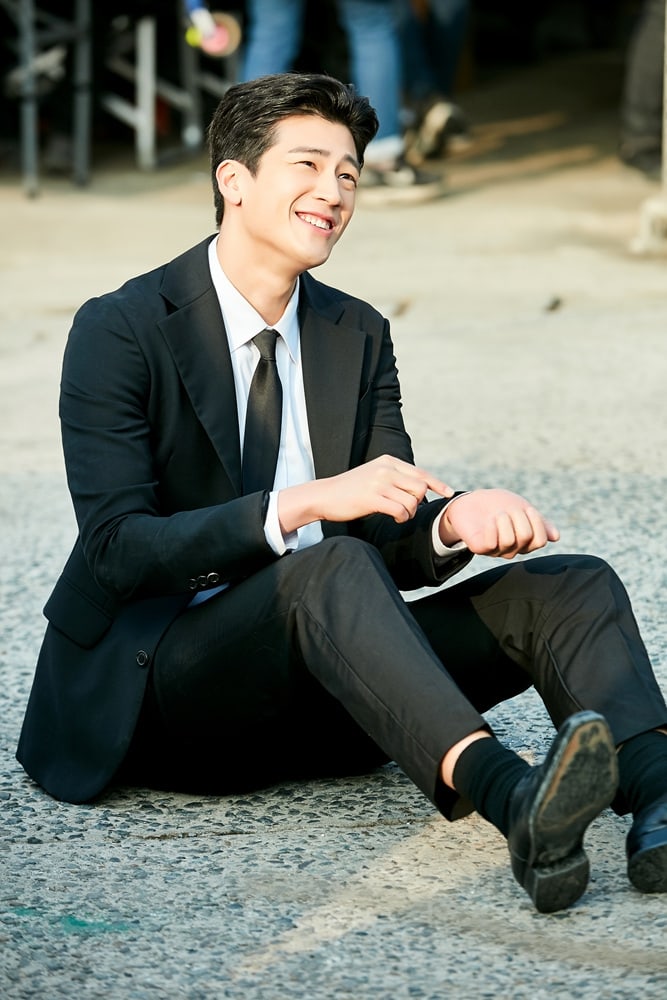 A source from the drama said, “Like his character in the drama, Koo Ja Sung is fully playing his part and always creating a fun atmosphere on set with Park Hae Jin. He’s adored by the staff.”

“Four Sons” is director Jang Tae Yoo’s highly-anticipated comeback drama four years after SBS’s “My Love From the Star.” The cast has been busy filming since January. It will be entirely pre-produced and is scheduled to air sometime during the second half of this year.