Wanna One Sweeps All Major Realtime Charts With “Light”

Wanna One has topped all major realtime charts with their new title track!

On June 4 at 6 p.m. KST, Wanna One released their special album “1÷χ=1(UNDIVIDED),” featuring the title track “Light” and four unit songs that were produced by popular artists.

“Light” quickly rose to the top of Korea’s major realtime charts, and as of 2:30 a.m. KST on June 5, it’s at No. 1 on the realtime charts of Melon, Genie, Bugs, Mnet, Naver, and Soribada. 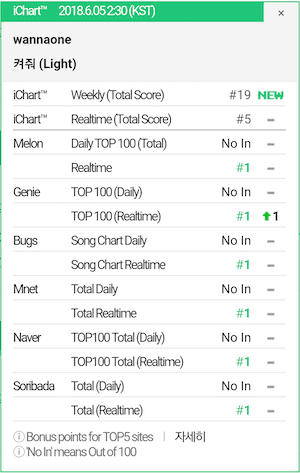 All four unit songs have also charted in the top ten of the realtime charts! 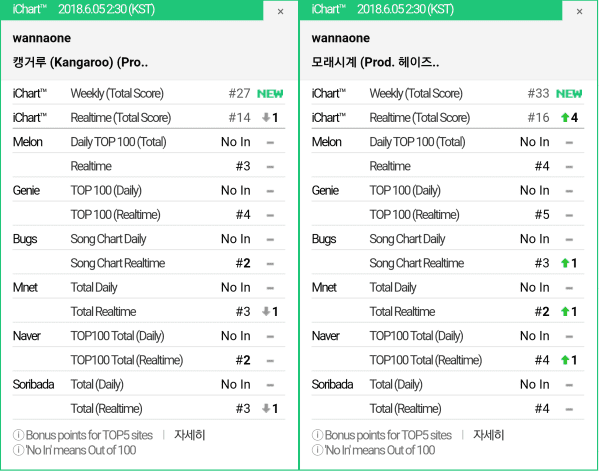 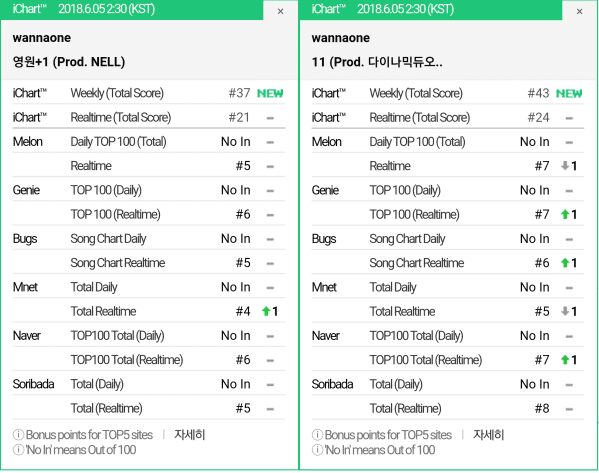 You can check out the first performances of Wanna One’s new tracks from the finale of “Wanna One Go: X-CON” here!