On the June 4 episode of the show, a daughter appeared on the show to voice her concerns about her father who kept getting injured after drinking.

She explained that one night, when her dad drunkenly walked up the stairs to their home located on the fourth floor, he fell down the stairs and lost consciousness.

On a different occasion, he fell through a shopping mall window and pieces of glass cut his body. Because he was drunk, he was unable to receive surgery and had to wait three to four hours before he could go through with the procedure.

The daughter explained that the degree of his injuries is getting more serious. He underwent three big surgeries after he hit his face on the side of a parked truck and broke a bone in the middle of his forehead. Even after he was hospitalized for a month, his drinking habits did not change.

Her mother had to bear the pain and consequences of the dad’s drinking. Because her dad spent the money he earned only on himself, her mother spent years doing housework, raising the children, and working outside of the home. The mom confessed that she thought about getting a divorce, but did not go through with it for the sake of their children. She even fainted while working at a supermarket, but the husband did not know about this.

After hearing this, Seolhyun began to cry. She explained, “I thought about my grandmother. My grandmother was sick.” She added that she spent a lot of time with her grandmother when she was young.

Mina, who lost her dad in 2014 to cancer, also couldn’t hold back her tears. She said, “My dad is no longer by my side. After he passed away, I realized how big of a role a dad plays in a family. I hope you think of your family and will stop drinking soon.” 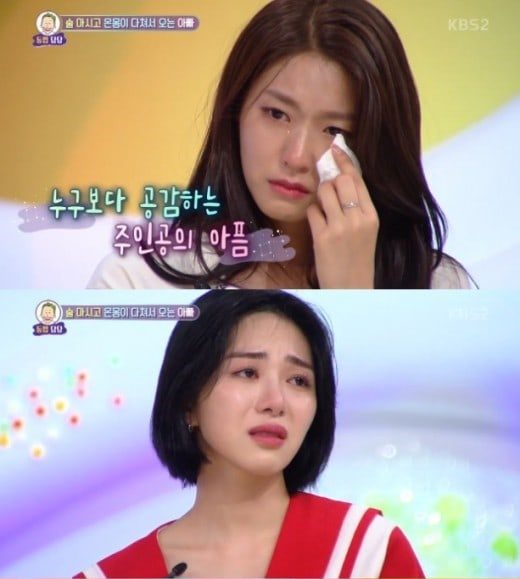 Many of the cast and audience became teary when the father said to his daughter during the episode, “Don’t worry. I’ll change a lot now.” He also apologized to his wife and told her he loves her. 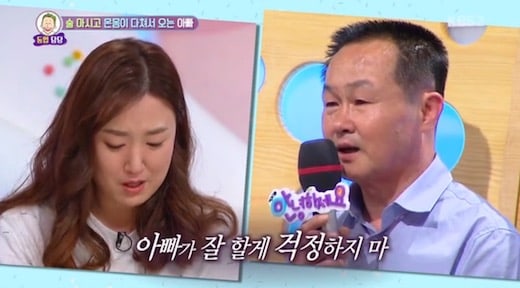 AOA
Hello Counselor
Mina
Seolyhun
How does this article make you feel?