BIGBANG’s Seungri To Hold First Ever Solo Concert In Korea

BIGBANG’s Seungri will be holding his first solo concert in Korea!

This will be his first solo concert in Korea after debuting as a member of BIGBANG 12 years ago. The concert will be held at the Jangchung Gymnasium on August 4 and 5 and will be titled “Seungri 2018 1st Solo Tour ‘The Great Seungri’ in Seoul.”

Fans are in for a treat as Seungri is preparing a variety of performances that will showcase his charms as a solo artist. Not only will he be joined by a live band and a DJ, but he will also prepare performances that not many artists have tried before. He hopes to create an exciting stage that will chase the summer heat away and is unique to Seungri as a soloist. 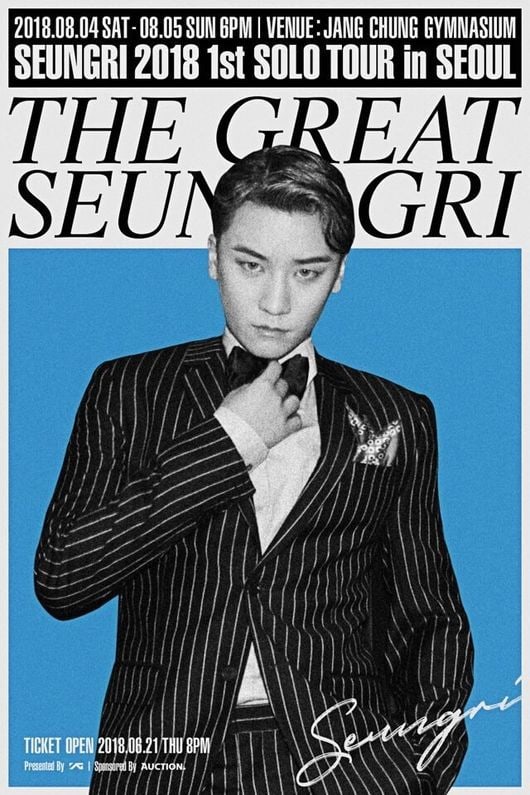 Pre-orders for fanclub members will be held on June 5 at 8 p.m. KST, with regular ticket reservations opening on June 21.

Seungri is also preparing for a solo comeback before he enlists in the army. He is set to release his first studio solo album in early July, which will be his first solo activities in five years.