The Ultimate Foodie’s Guide For “Wok Of Love”

While everyone is squealing — and arguing — over love lines in K-dramas, you’re usually obsessed with all the food scenes instead. “Wok of Love” is a quirky, outrageous romantic comedy that features plenty of eating and cooking scenes along with a love triangle, a talkative horse named Buster, and eccentric former gangsters. Seo Poong (2PM’s Junho), a former star chef at a grand hotel, teams up with Doo Chil Sung (Jang Hyuk), a former loan shark gangster and owner of a small Chinese restaurant, in order to seek revenge on the hotel owner and head chef. In between teaching former gangsters how to cook and falling in love with Dan Sae Woo (Jung Ryeo Won), Poong cooks up mouthwatering Chinese stir-fry dishes, noodle soups, and dim sum.

So it’s no wonder that you spend more time going crazy over the food than any of the love lines in the drama. We’re going to introduce some of the most delicious Chinese dishes that you drooled over on “Wok of Love.” Let’s get right to the food! 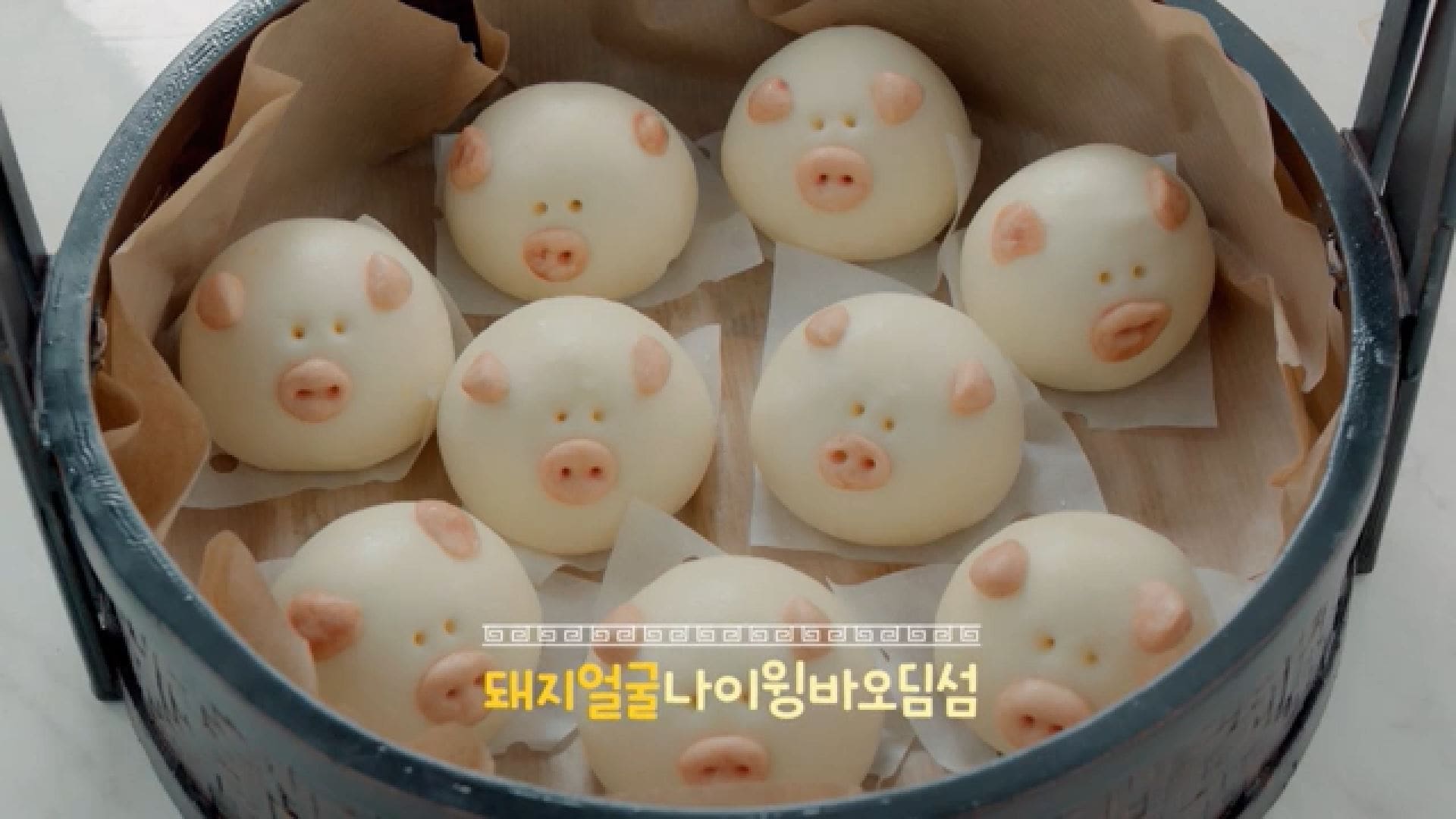 However, steamed sweet custard buns are rarely baked in large quantities as they were shown on “Wok of Love.” They usually come in a set of three in a traditional bamboo steamer. 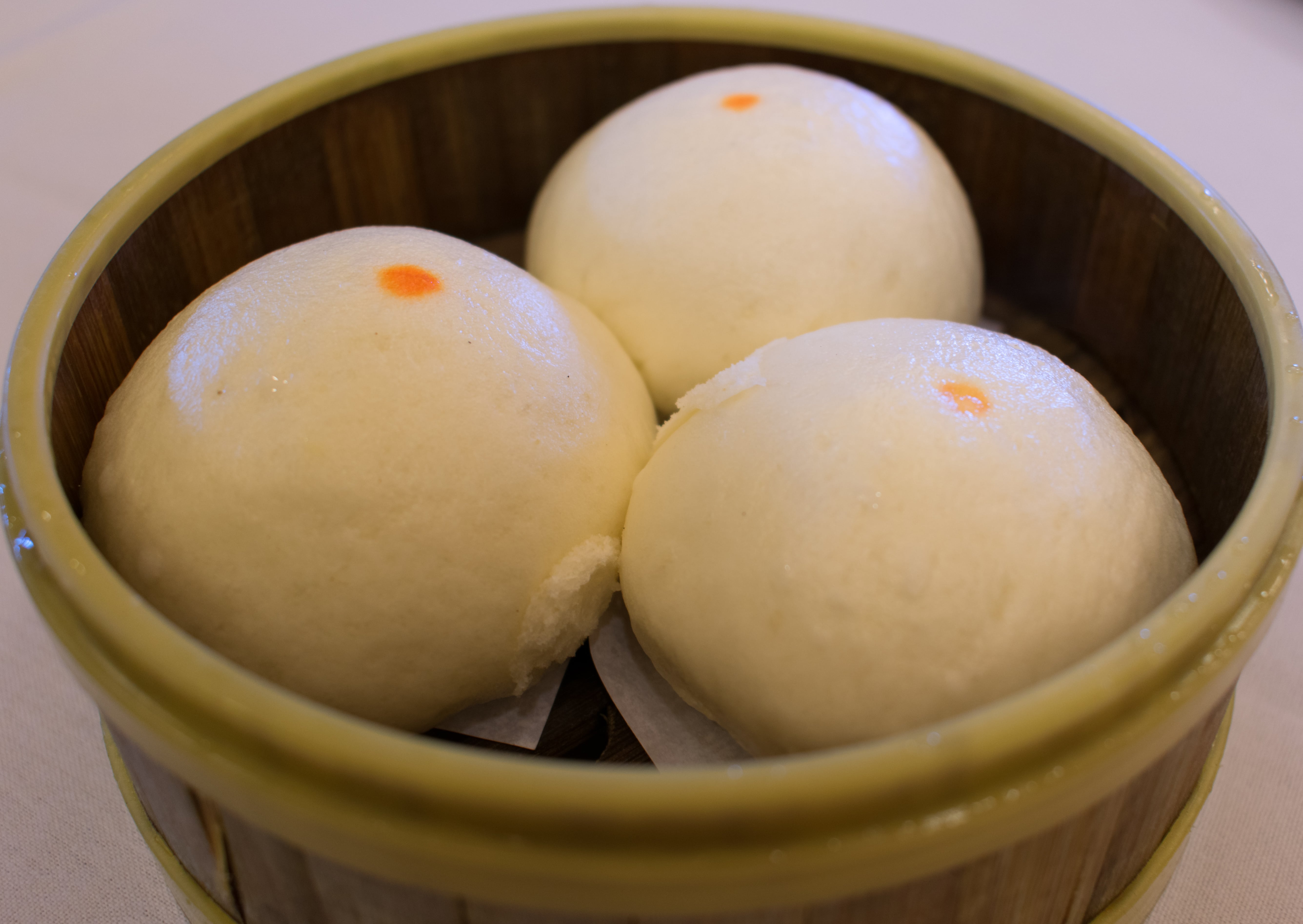 Unfortunately, piggy custard buns are rare and difficult to find in many dim sum restaurants outside of Hong Kong and Guangzhou, China.

Steamed sweet custard buns usually look like plain white buns with a red or orange dot on top of each bun. Don’t worry! They taste the same. Just be very specific when you order them because most dim sum restaurants also have salty custard buns with melted, salty egg fillings. 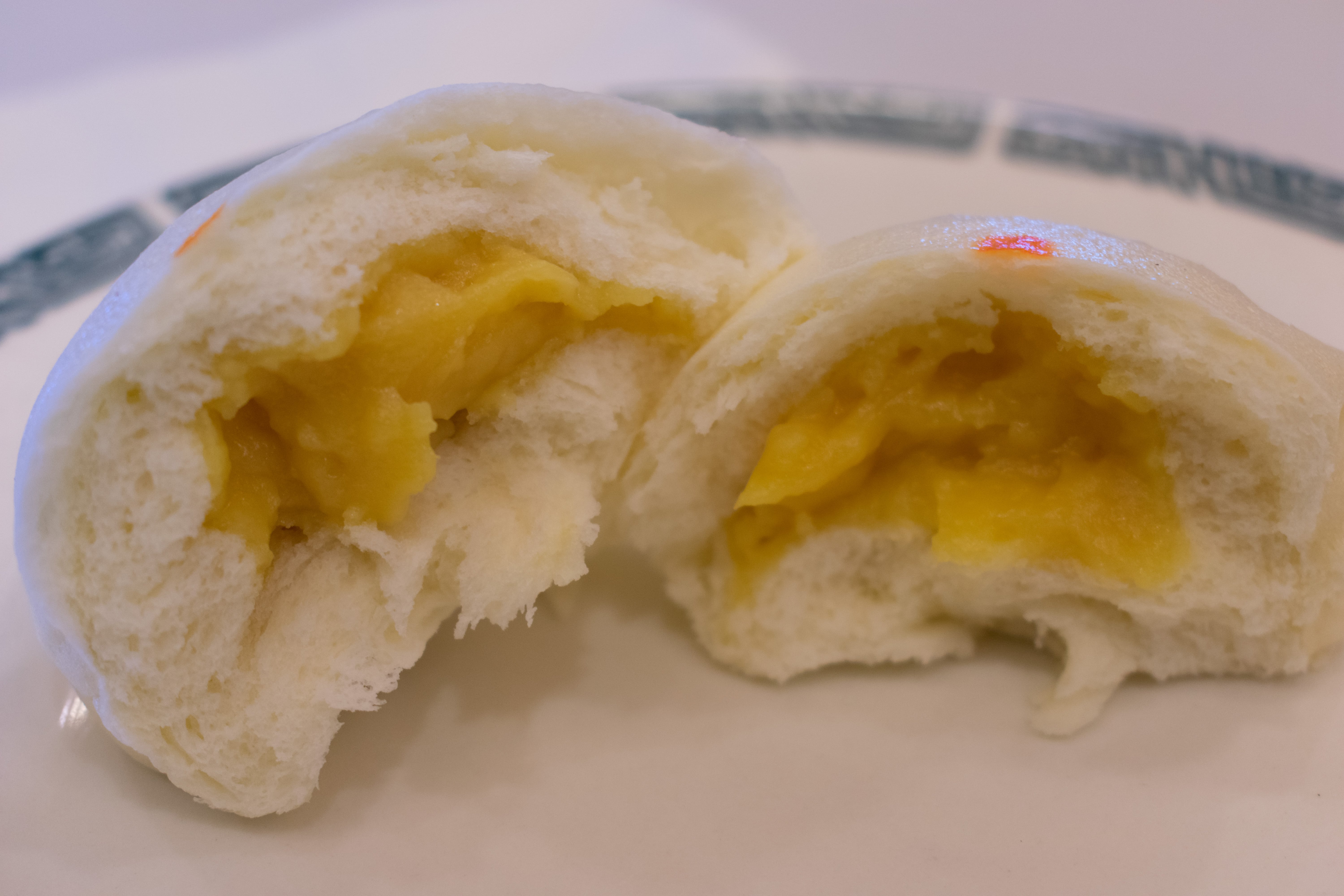 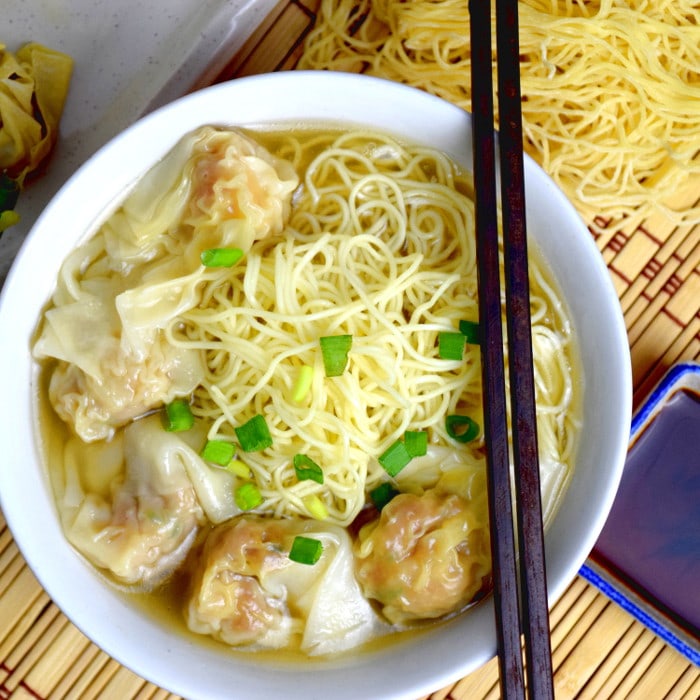 Nothing says “I love you” like a fresh bowl of Hong Kong style wonton noodle soup made from scratch. Wontons are small balls of shrimp, ground pork, and spices wrapped in semi-transparent dumpling wrappers. The thin, springy noodles are perfect in a lightly salted, rich, clear broth made from pork, shrimp, and fish with a sprinkle of chopped spring onions or yellow chives. It’s alright if you don’t like fish soup; you can barely taste the fish. Besides, most non-traditional restaurants prefer making the broth from pork and not from fish.

It’s pretty hard to find a restaurant that serves authentic Hong Kong style wonton noodle soup, but it’s definitely worth all the trouble.

Poong sure knows the fastest way to a foodie’s heart! 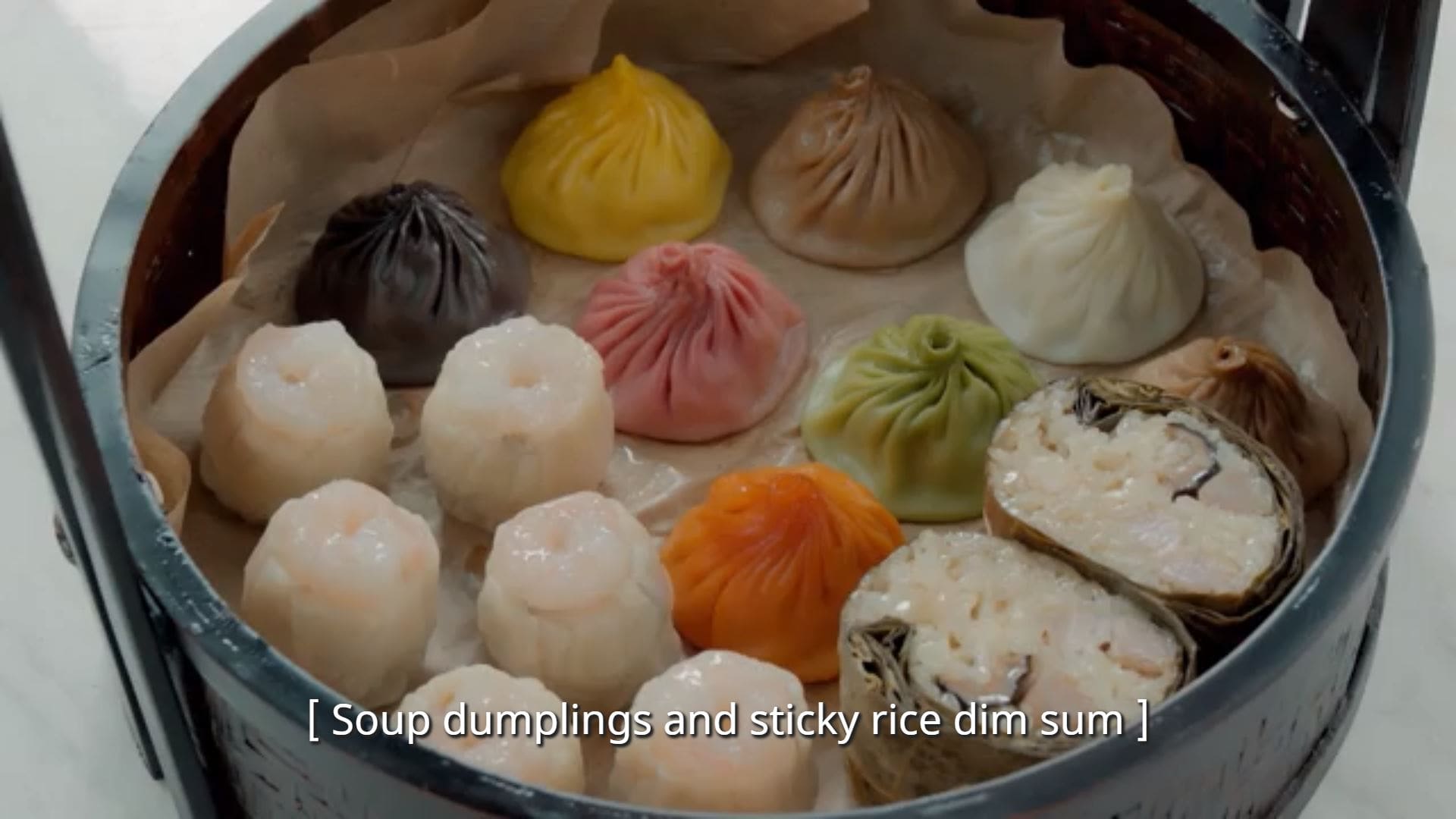 Poong’s version of lotus leaf wrapped sticky rice with chicken (Lo Mai Gai) is very different from the traditional Cantonese style of Lo Mai Gai. He also sliced the Lo Mai Gai in half. Because sticky rice dries out quickly and turns hard, Lo Mai Gai is usually wrapped and stays wrapped until it’s about to be eaten.

Lo Mai Gai is a small serving of sticky rice mixed with chicken, Chinese mushrooms, Chinese sausage, and sometimes salted egg. The sticky rice absorbs all the flavors after it is wrapped with a lotus leaf and steamed in a traditional bamboo steamer. Since Lo Mai Gai is a popular savory dim sum, you can try this out at your local Cantonese style dim sum restaurant. 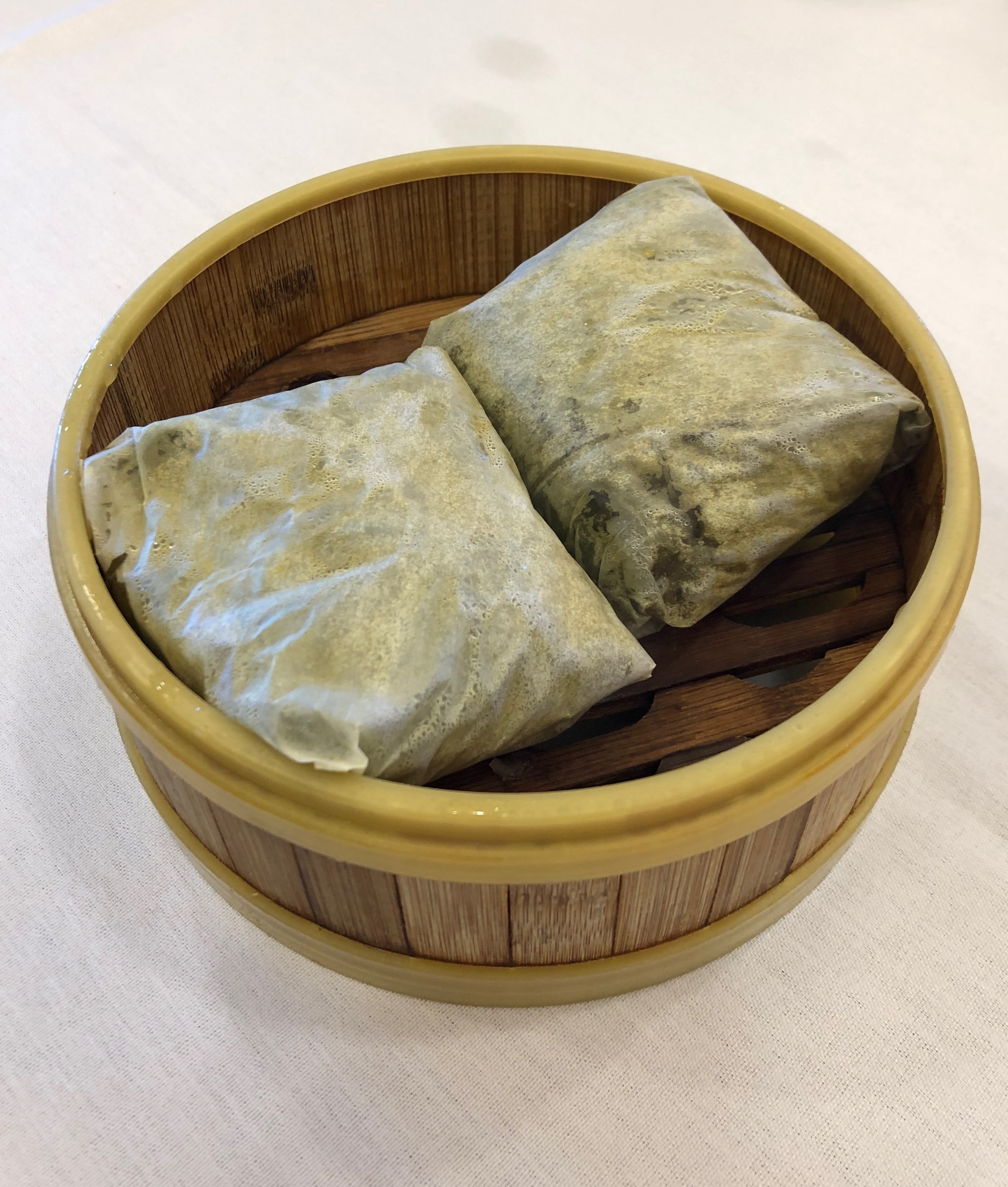 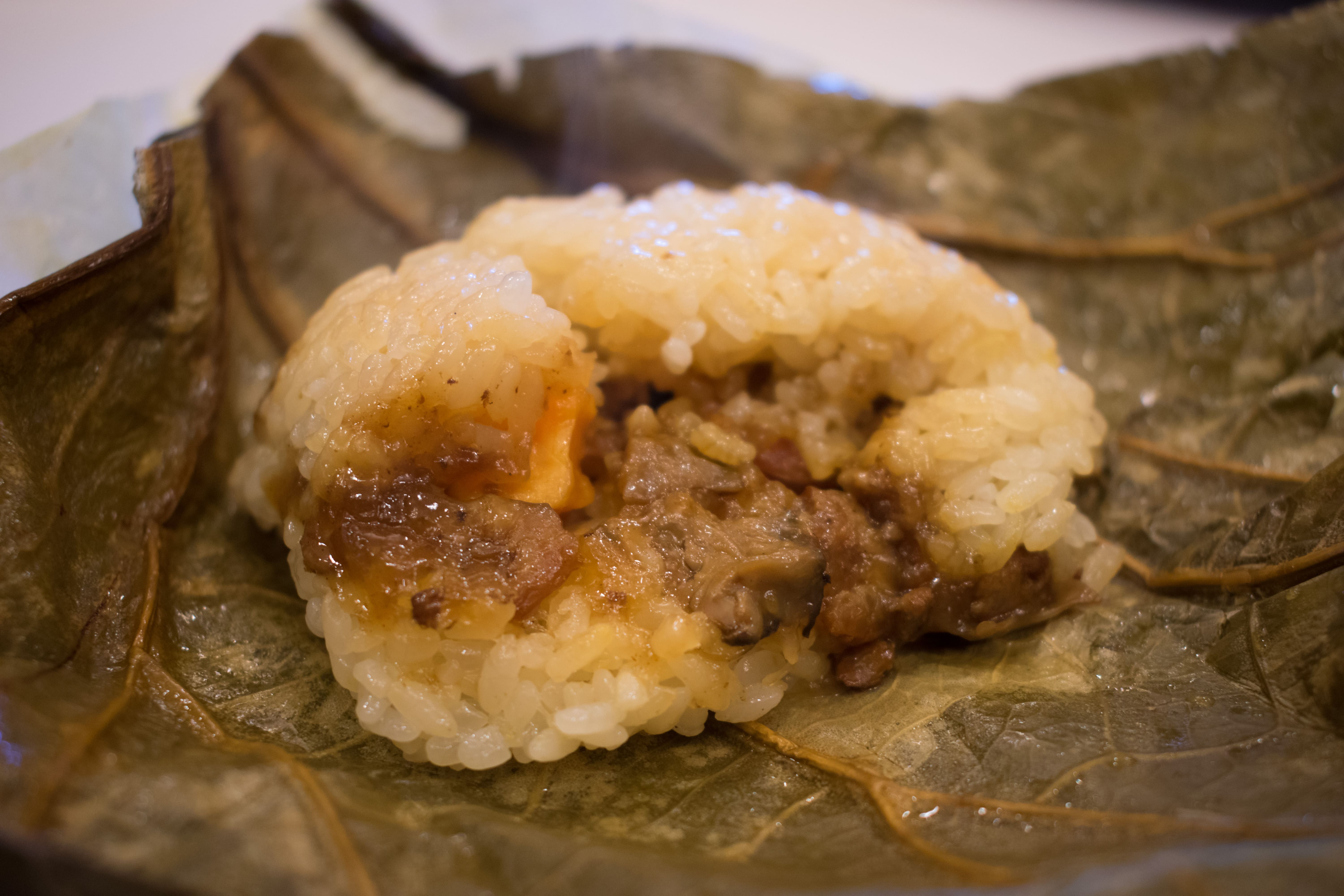 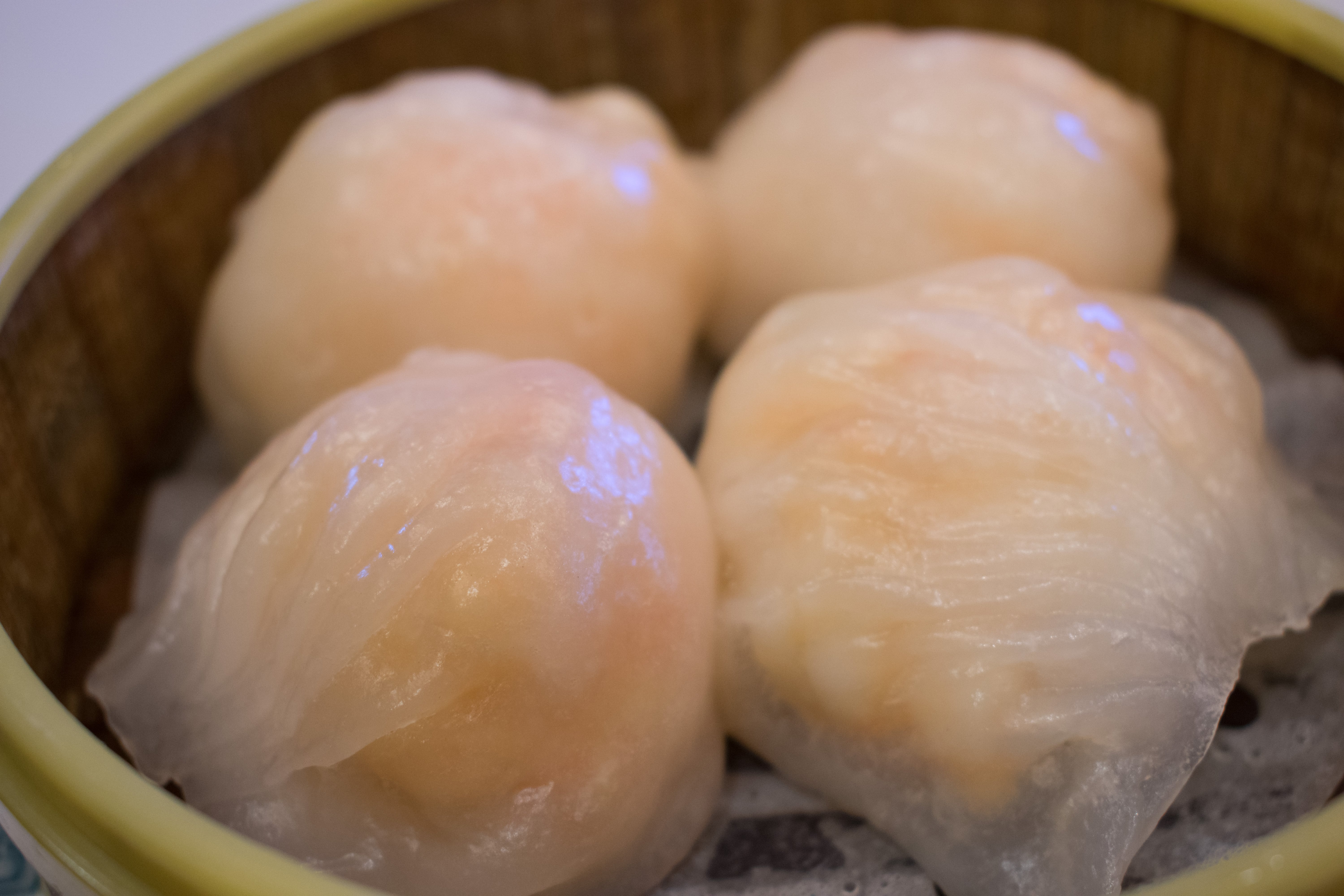 Shrimp dumpling (Har Gow) consists of a single shrimp steamed in a transparent dumpling wrapper. This popular Cantonese dim sum is deceptively simple. Even though Har Gow is one of the most popular dim sum at dim sum restaurants, the dumpling wrappers are sometimes too thick and inconsistent. Just like Poong said, the thinness and strength of one’s dumpling wrappers are evidence of one’s skills. The thinner the wrapper is, the more talented the chef is. 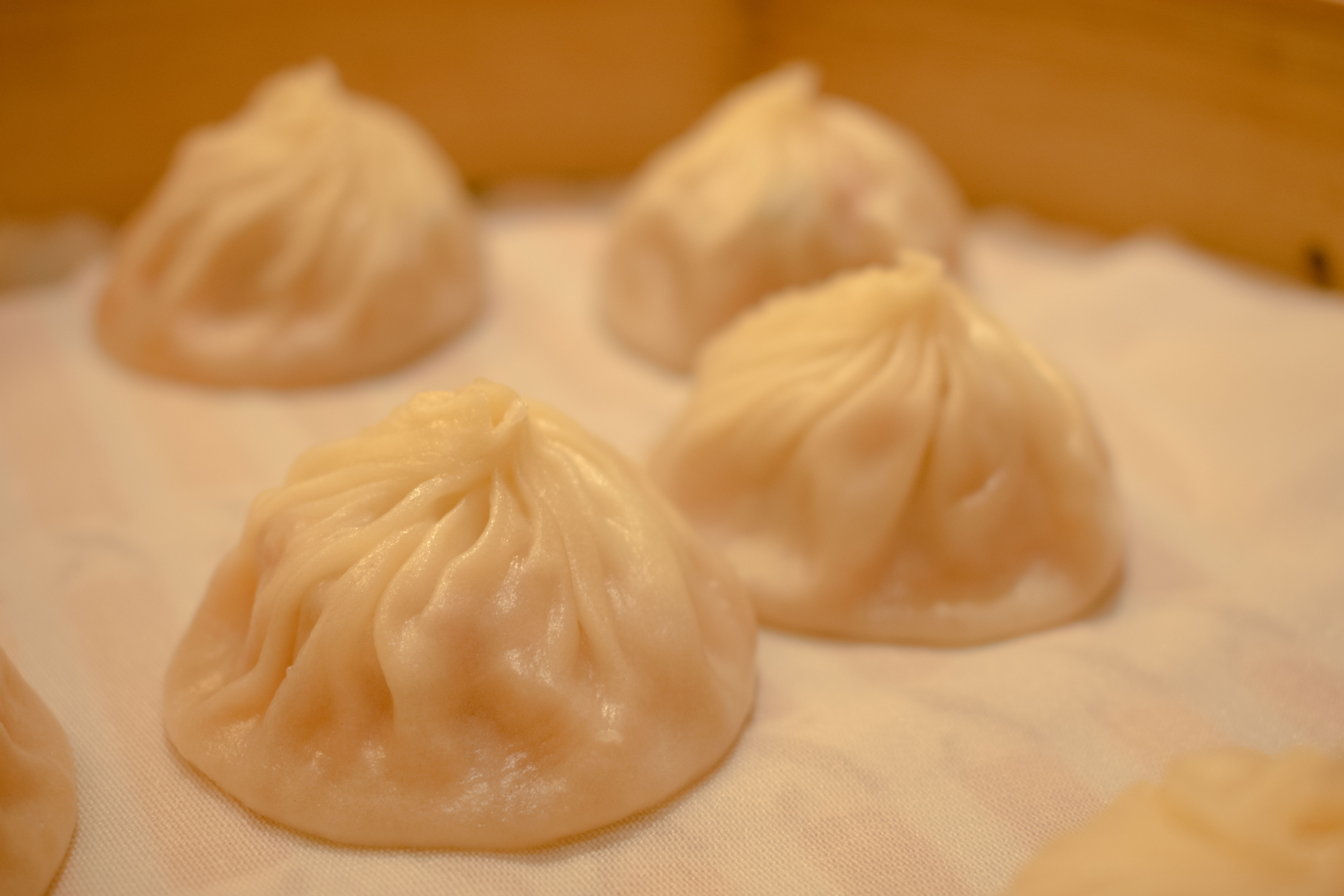 Shanghai soup dumplings (Xiao Long Bao) originated in Shanghai, China. Thanks to its seasoned pork filling, burning hot clear pork broth in its pouch, and intricate ripples on the paper-thin dumpling skin, Shanghai soup dumplings are unforgettable and easy to identify to foodies and noobs alike. The soup in its pouch was turned into a gelatin which got mixed with the pork and other ingredients. Once it is steamed in a bamboo steamer, the gelatin turns into a rich soup again.

Nowadays, Shanghai soup dumplings are available almost everywhere — even in the frozen foods aisle at your local Asian supermarket. This only means it’s even more difficult to find quality Shanghai style soup dumplings outside of the Shanghai region of China and Taiwan.

There’s a trick to eating Shanghai soup dumplings without accidentally ripping them apart, burning your tongue, and leaking soup all over your bowl or plate. Gently pinch the top of the dumpling with your chopsticks and quickly place your spoon under it. That way, the dumpling skin or wrapper won’t break and the soup won’t leak out. Remember to wait for your dumplings to cool down a bit before biting into them.

To Poong, love is a six-course meal lovingly cooked and packed. If only we all had a personal chef like Poong!

Catch the latest episode of “Wok of Love:

What are your favorite dishes from “Wok of Love”? Let us know in the comments below!

EvaCh10 loves dim sum, Hong Kong style wonton noodle soup, and boba milk tea too much for her own good. Eva is always on the lookout for BTS fan art, K-dramas with complex plots or mysteries, and videos and gifs of Lee Kwang Soo on “Running Man.” Say hi to Eva on her Instagram or Twitter.