Marvel illustrator Lee Jee Hyung recently sat down for an interview to share his experience on working with Wanna One. 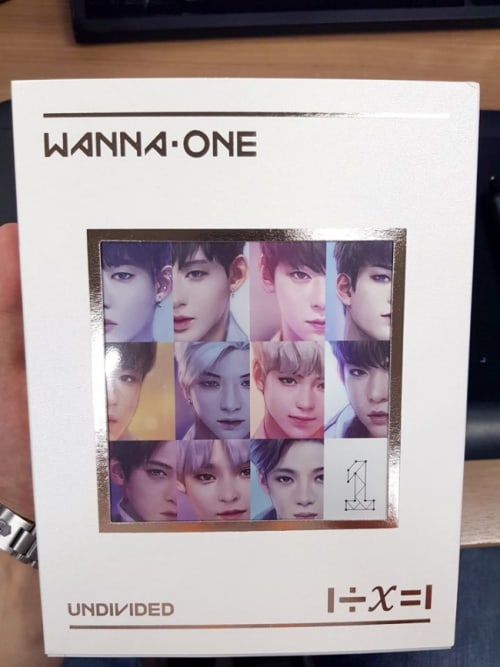 During the interview, Lee Jee Hyung talked about how he felt when he first got the offer to collaborate with Wanna One. “I was excited because they’re such popular celebrities,” he said. “I remember that I was worried as well.”

He also shared his first impressions of Wanna One members. “I was amazed, but I acted like I wasn’t,” he said with a laugh. “When I saw Ong Seong Woo on television or in pictures, I thought he was handsome. I was surprised to see him in person because he was even better looking than I thought. Ha Sung Woon has great skin and Bae Jin Young has a strong gaze with masculine charms.”

Lee Jee Hyung added jokingly, “Bae Jin Young has a really small face. I accidentally stood next to him in the group photo, so the size of my face really stood out. I couldn’t share the picture anywhere but in my family group chat.” 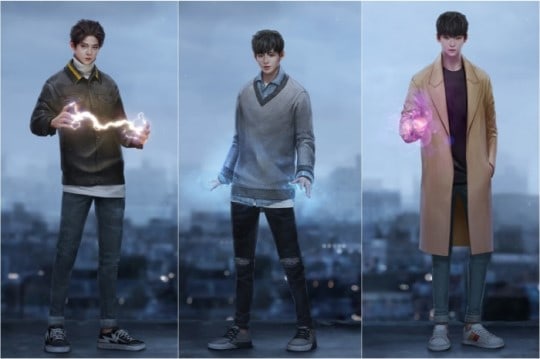 Lee Jee Hyung took each member’s unique characteristics into account when deciding their concepts. Regarding Kang Daniel‘s concept of ‘first snow,’ Lee Jee Hyung explained, “I thought Kang Daniel is someone who could make your heart flutter. That feeling equals first snow. I thought, ‘What if Kang Daniel could decide when there would be first snow? What if he could make the first snow fall in summer?'”

The members’ everyday fashion was one of the many things Lee Jee Hyung considered as well. “Hwang Min Hyun wears coats a lot,” he said. “Things like Park Ji Hoon‘s pink shirt and Park Woo Jin‘s red hooded sweatshirt and headsets are what they actually wore. I exactly copied them down. Lai Guan Lin is the only foreign member and as I was researching, I saw him wearing fusion hanbok at an event. I was really glad to see that.” 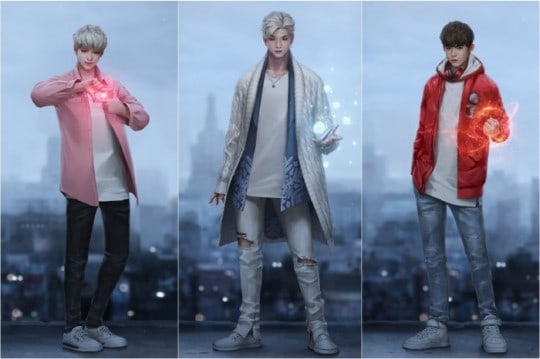 Some of the members themselves actively made suggestions for their illustrations as well. “I wanted to draw Ha Sung Woon in a denim jacket, but he said he enjoyed wearing knitted sweaters,” Lee Jee Hyung shared. “I originally drew Bae Jin Young with a bright hair color but changed it after he wanted darker hair. It looked better after I changed it.” 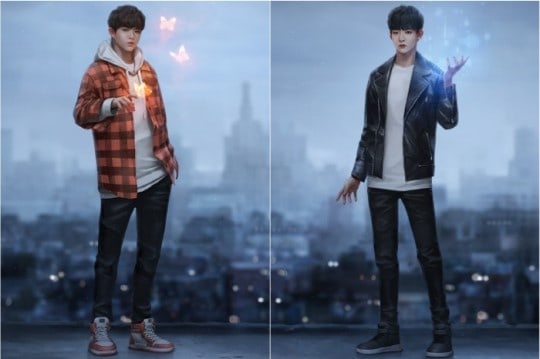 When asked who was the most difficult to draw, Lee Jee Hyung answered, “I imagined that Hwang Min Hyun had the ability to manipulate others’ minds. It was difficult to express that with effects, so I drew him in a pose where he’s sort of pointing at you.”

He continued, “Ong Seung Woo has various charms like a chameleon. So I gave him the ability of metamorphosis. This ability was also hard to portray with effects, so I tried things like drawing on a mask and drawing him transformed into someone else. Then I learned that fans liked Ong Seung Woo wearing colored contact lenses, so I expressed the image of metamorphosis through his eye colors. I got a lot of help from Wannables.” 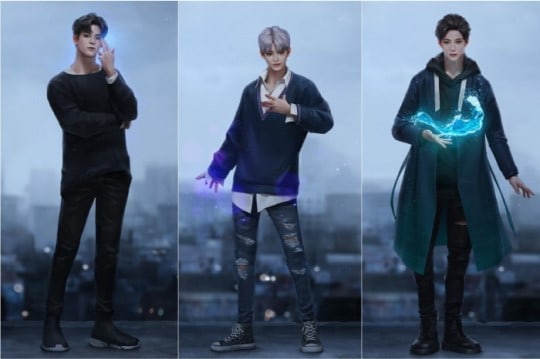 Lee Jee Hyung revealed that he wasn’t perfectly satisfied with the results but had fun with it nonetheless. He explained, “For four to five months, I had to spend all my after hours on this because I was working on the collaboration and going to work at the same time. You know there are 11 members. Even if you invest just a few days on one member, a month flies by. I do wish that I had more time. However, working with real people as models and the fact that they’re an idol group were all refreshingly fun. It was great to collaborate with the popular idol group Wanna One, and I’d like to work with them again if I have the chance.” 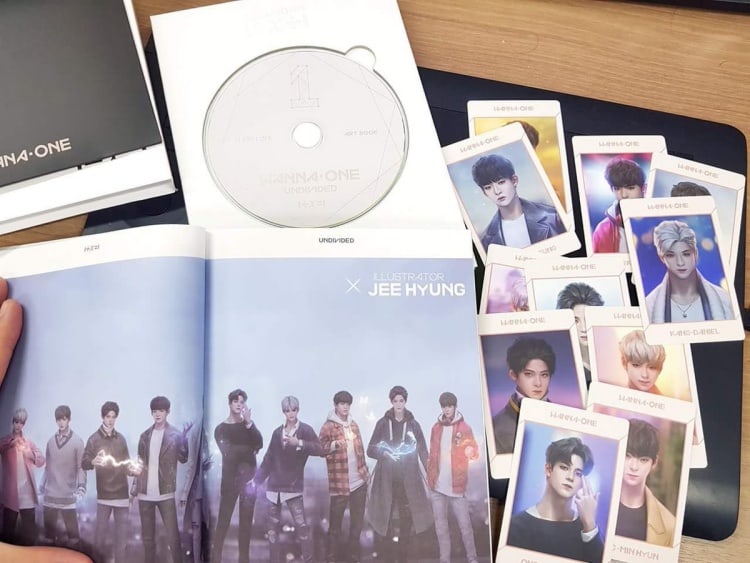