Yubin Talks About Her Solo Debut, Variety Shows She Wants To Be On, And More

On the June 5 broadcast of SBS’s “Night of Real Entertainment,” Yubin appeared as the guest to talk about her solo debut.

During the show, Yubin showcased the stage performance of her new track “Lady” for the first time. The concept of the song is a “City Woman,” which is also the title of her solo debut single. “It has urban vibes that were popular in the 70s and 80s,” Yubin explained. “It feels like Kim Wan Sun.”

She went on to share how the preparations for the new album went. She said, “It really felt like I was back to being a trainee again. I went to work every day and took lessons and practiced every day.”

When asked if she wasn’t ever told off by Park Jin Young as she worked on the album, Yubin joked, “Now I’m the second in power after the producing director in the company.” She added, “He trusted me and left it to me.” 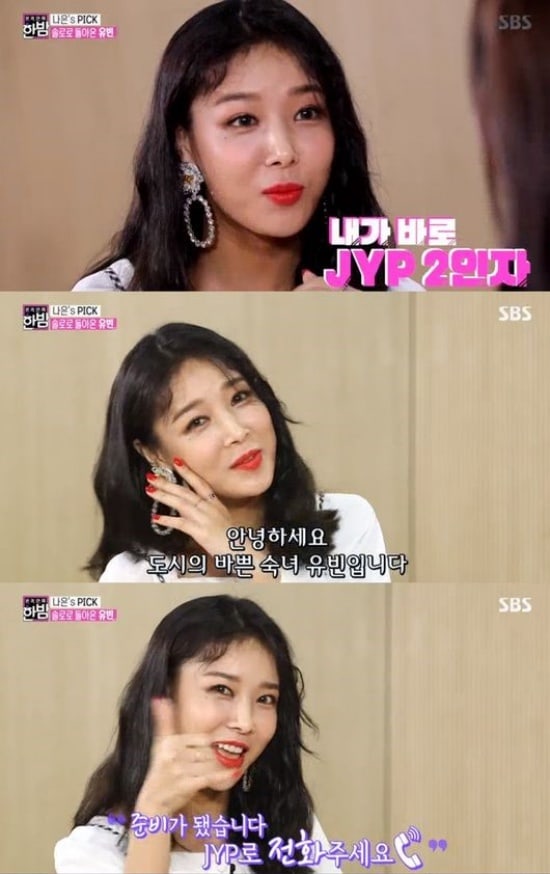 Yubin is the third Wonder Girls member to make a solo debut, following in the footsteps of Sunmi and Yeeun. “The members have been consistently supporting me on social media. They’re posting my teaser clips, constantly showing support,” Yubin said.

The singer also revealed what variety shows she’d like to appear on. “I want to be on ‘Law of the Jungle‘ and ‘Running Man.’ I’m ready. Please give a call to JYP,” she concluded with a smile.

Wonder Girls
Yubin
How does this article make you feel?