NCT’s Taeyong showed off his impressive cooking skills on the June 6 broadcast of tvN’s “Food Diary”!

While the cast members were discussing what they should eat for their very first meal at the farm, BoA commented, “Taeyong, aren’t you good at cooking?” The NCT member shyly replied that he could cook most things.

Ahead of the show, Taeyong had revealed to the producers that he at least knows how to make the foods he likes, such as Korean knife-cut noodle soup (kalguksu) and beef short-rib soup (galbitang). He also surprised them by explaining that he makes noodles for kalguksu from scratch as that was something his family did together.

After deciding what to eat, BoA and Taeyong teamed up to make beef radish soup (sogogimuguk) and soy sauce-marinated quail eggs for everyone’s breakfast. 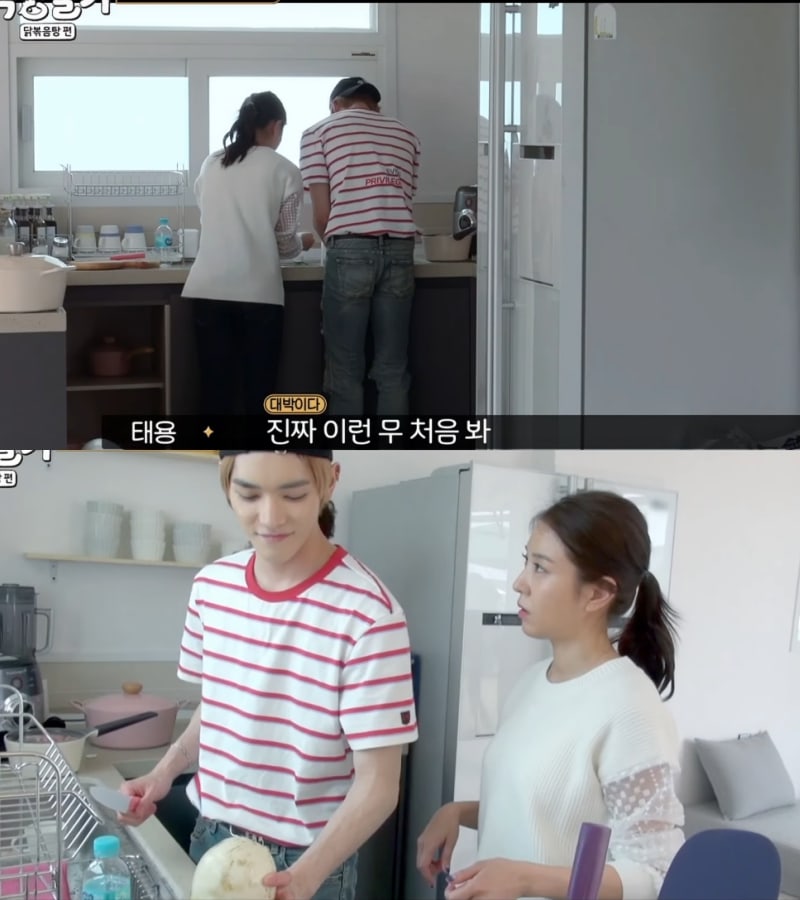 Having enjoyed their first meal, the cast members set out to cultivate the land so they could farm and check on their chicks. Later that night, Taeyong was especially happy to see that one of his eggs had finally hatched, and couldn’t stop talking about how cute it was.

Taeyong also set out to make breakfast the following morning. After much consideration, he decided to cook what he can do best, kalguksu with webfoot octopus. After mixing and kneading the dough by hand, he switched plans to make hand-torn noodle soup (sujebi) when he realized they didn’t have a rolling pin.

Just like the previous day, BoA helped him prepare the meal. She praised him again, saying, “We would have starved if it wasn’t for you.” 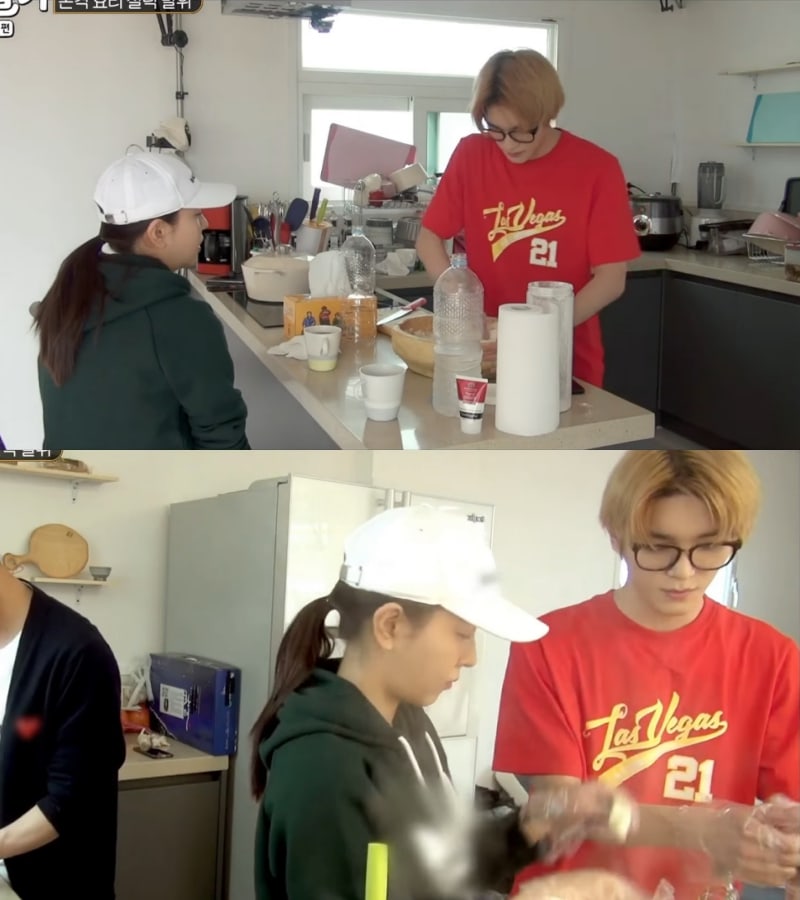 The other cast members also showered Taeyong with compliments while eating the meal he had prepared, saying, “This broth is great. It’s really fantastic. It’s tasty. I really enjoyed that.” BoA joked, “If there’s anything you want to eat, tell Taeyong and he will make it for us.”

NCT
taeyong
BoA
Food Diary
How does this article make you feel?