Watch: SHINee Takes A Trip Down Memory Lane While Looking At Old Photos And More

SHINee is just like any other group of friends when it comes to teasing each other about their old photos!

The group’s reality show “SHINee’s Back” premiered on June 6. During the broadcast, they revealed to fans what they get up to before their scheduled activities. After a behind-the-scenes look at a live broadcast they recently held at SM COEX Artium, the group explored the newly opened SMTOWN museum.

SHINee reminisced while looking at all their old releases, signatures, photos, and handwritten lyrics. They especially poked fun at each other when they came across things from their “Hello” era. When Minho pointed out they shouldn’t be picking the items up, Taemin hilariously responded, “Why not? It’s okay for us because it’s us, the actual people.” 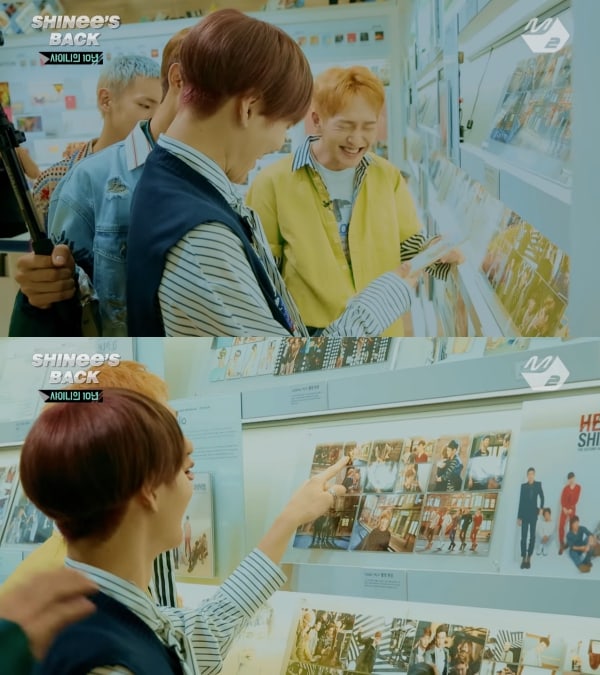 They teased each other again when they came across an exhibit with photo cards of all the SM artists, pointing out ones of Key, Taemin, and Jonghyun. In yet another SHINee exhibit with their stage outfits, props, and more, the members remembered stories from filming their music videos. Minho hilariously reprimanded Taemin once more when the youngest member tried to wear a hat on display.

While exploring another area that was designed after their “Married to the Music” set, Minho exclaimed yet again, “It says just to look! Taemin, I’ll say it again, it’s not okay so don’t touch anything.” Taemin had grabbed one of the fake apples that was being used as decoration out of curiosity, making the others laugh. 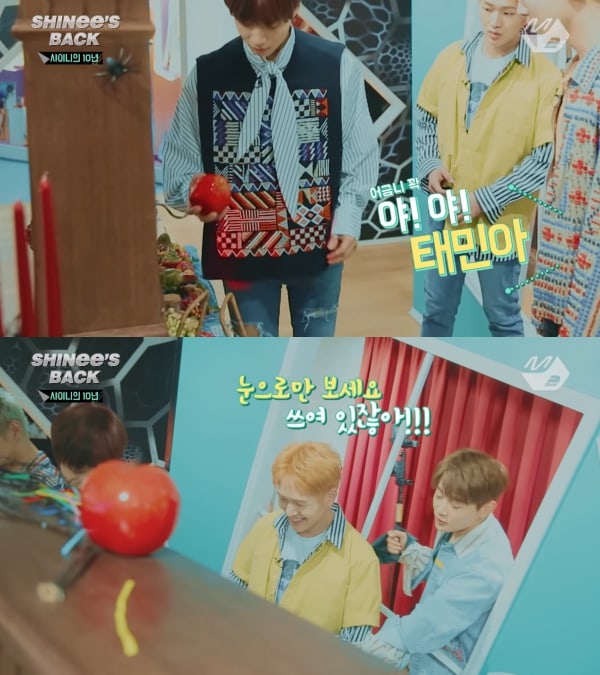 Check out the whole episode below and reminisce with SHINee!

SHINee
SHINee's BACK
How does this article make you feel?