SEVENTEEN has made a successful official debut in Japan!

The group released their debut Japanese album, “We Make You,” on May 30. On the day of the album’s release, it ranked as high as No. 2 on the Oricon daily albums chart, selling 95,000 units during that first day. It ranked No. 2 on Oricon’s weekly albums chart for the week of May 28 to June 3, selling 127,985 units in that first week. 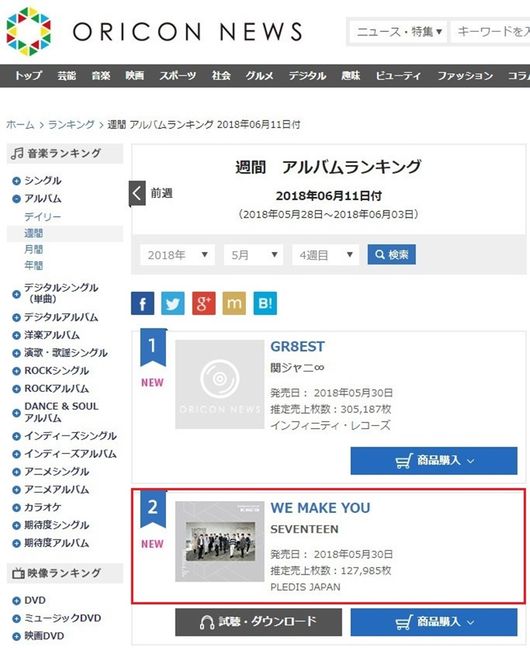 As a testament to their popularity in Japan, a huge poster advertising their Japanese debut was placed at a famous mall in the Shibuya district in Tokyo, and SEVENTEEN cafés and pop-up stores emerged on large streets in Tokyo and Osaka.

SEVENTEEN is slated to perform a series of concerts from September 4 to 6 at the Saitama Super Arena.