A.C.E Talks About “MIXNINE” Cancellation, Making Comeback Without Chan, And Goals For This Album

With their comeback approaching, A.C.E shared their thoughts about various topics, including the cancellation of “MIXNINE” group, making a comeback without Chan, and their goals for this album.

It’s already been one year since the boy group debuted, and they reminisced about the difficult times in their lives. Jun said, “I think the hardest time was when I was a trainee before I debuted. It was a continuous series of days during which the promise of the future was uncertain. After my debut, it was hard to realize that reality was harder than I thought. I thought everything would go well once I debuted. I realized it wasn’t easy to go out on a program, but I gained strength while watching our fan base grow. I’m the happiest now that we’re about to come back.”

Kim Byeong Kwan stated, “I think the break was the hardest part. Chan was active in UNB while Donghun and I were waiting for the ‘MIXNINE’ debut. However, because the direction wasn’t clearly defined… I had nothing to do but practice. We could only gain strength if our goals were clear, but we had nothing to rely on, so that was the hardest thing. That’s why this comeback is so precious.” 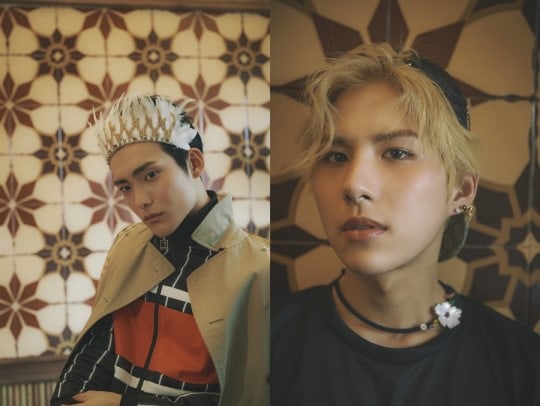 Concerning the fallout of the “MIXNINE” group’s debut, Donghun said, “We heard the news through the news. We didn’t feel sad that we weren’t able to go through with the ‘MIXNINE’ debut, but it was unfortunate that we wouldn’t be able to promote with the debut group. We got close during the program, and we wanted to try a new experience together. It’s too bad that our debut didn’t come through, but because of that, I think we were able to work harder to prepare for A.C.E’s album.”

Jun and Wow honestly admitted, “It might sound selfish, but to be honest, we saw hope. We were able to release an album as A.C.E without the wait.” 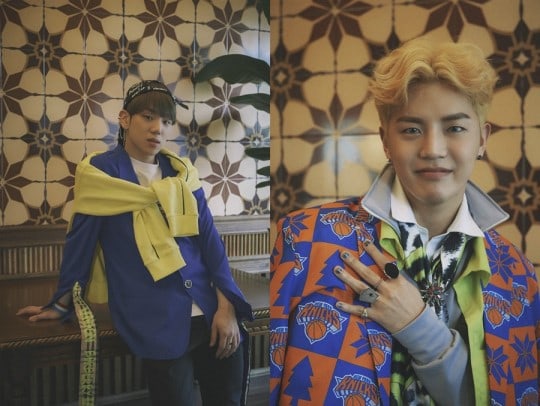 The boy group consists of five members, but they will return as four this time because the youngest member Chan is currently promoting in UNB.

Jun revealed, “In order to make up for the lack of a main vocalist, we are practicing our live performances 2-3 times as much as usual. On top of that, this song is the most difficult song ever. Since we are also a performance group, we are striving to provide a stable live performance.”

Kim Byeong Kwan stated, “It’s difficult for four people to attempt a performance because of the limited size. We have been thinking about performing as much as possible in a variety of large-scale performances. We’re preparing hard for our live performances, since Chan isn’t here.” 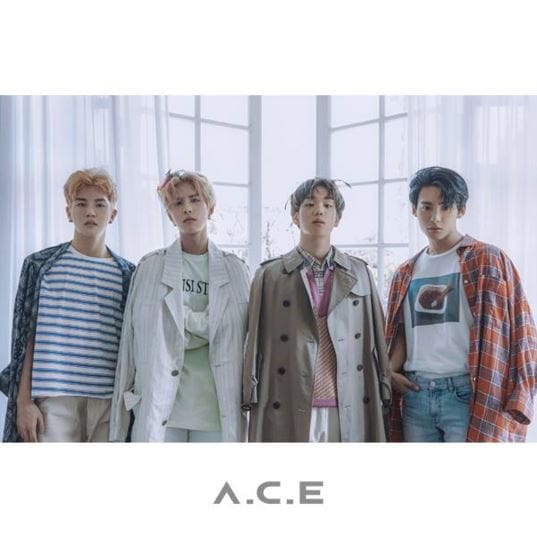 A.C.E talked about their goals for their new album. Kim Byeong Kwan shared, “Since our debut, we’ve only been performing briefly, and this goal is to meet as many fans as possible. We’re going to hold a fan signing event, and we’re planning to have fan meetings often. We hope we can also go on variety shows that we haven’t been able to before. So our goal this time is to allow the public to look at our faces and remember our names.”

A.C.E will return to the music scene with their repackage album “A.C.E Adventures in Wonderland” on June 7, and their title track will be “Take Me Higher.”

A.C.E
MIXNINE
How does this article make you feel?