Super Junior’s variety show “Super TV 2” hit the air for the first time on June 7 at 8 p.m. KST, featuring AOA as the first guests to go head-to-head with the variety kings.

AOA’s Seolhyun stepped up to take on Super Junior’s Yesung in the classic “Of Course” game popularized from the old-school variety show “X-Man.” In this game, the two players take turns asking each other questions, and, no matter what, the opponent must say “of course.” If he or she is unable to, their opponent wins. 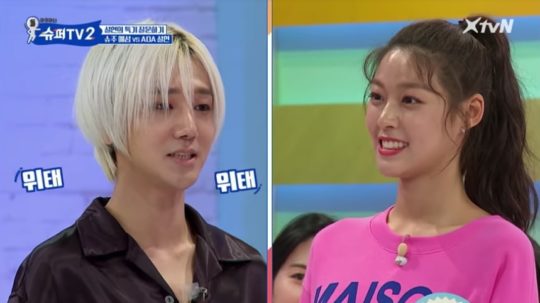 The two started off pretty light, Seolhyun asking, “You don’t like me, do you?” and Yesung shooting back with, “You’re interested in me, aren’t you?” Up until this point, Yesung had kept his composure, with the rest of the Super Junior members making more of a scene when Seolhyun said, “Of course,” she’s interested in him. 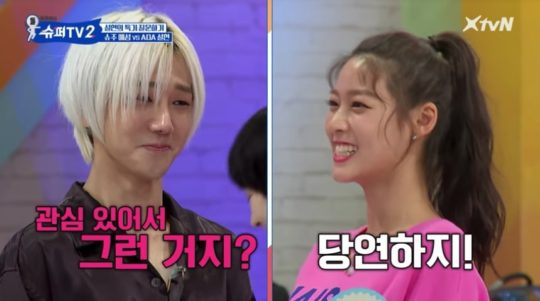 But when Seolhyun followed up with, “You know your hair’s not that great, right?” Yesung lost his smile and his members had to intervene. Yesung jokingly yelled, “Do you know how much Lee Soo Man likes this hair?” 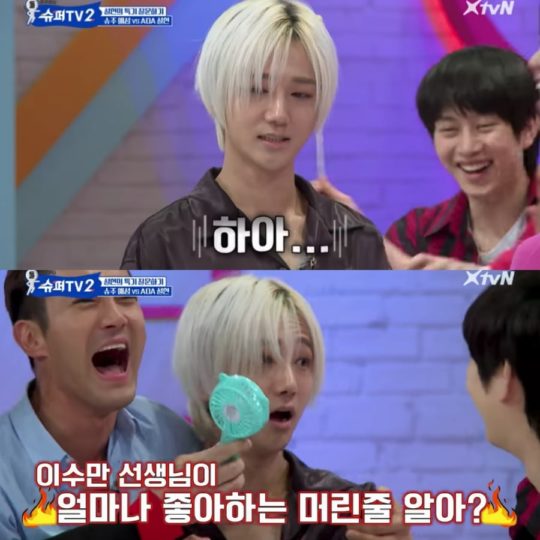 Seolhyun immediately threw the knockout punch, asking, “You’re not wearing any makeup, are you?” When Yesung once again lost his words, the Super Junior members stepped in, Heechul saying, “Do you not see his eyeshadow?!” 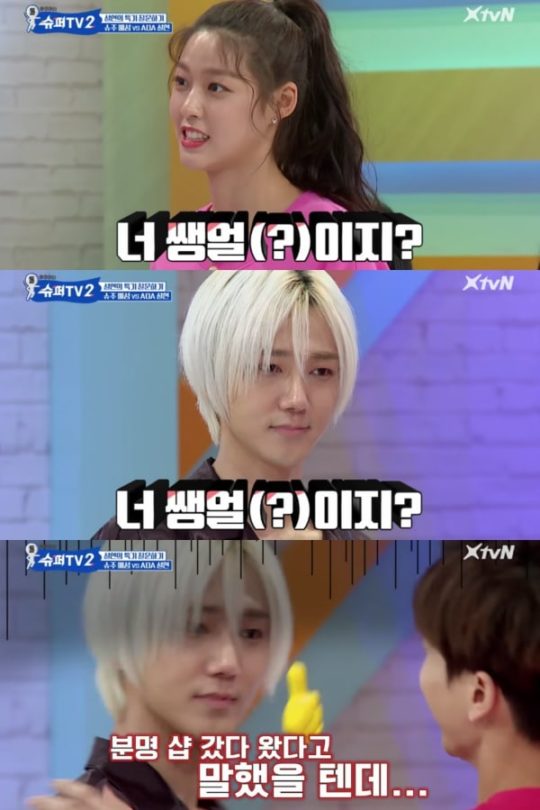 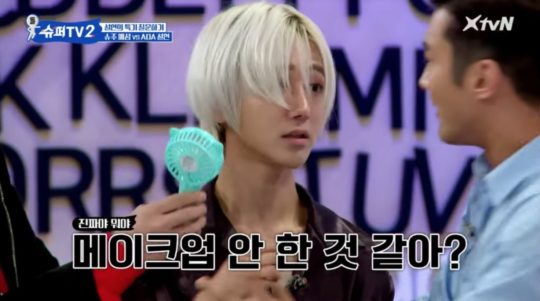 Yesung: “Do I look like I’m not wearing makeup?” 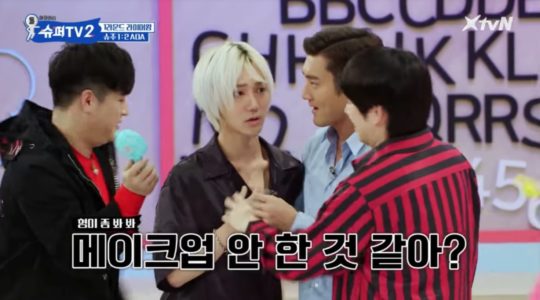 Yesung (again): “Do I look like I’m not wearing makeup?”

Watch the clip of Yesung and Seolhyun’s “Of Course” game below: