On June 7, AOA appeared as the first guest of season two of the variety show and competed against Super Junior on various challenges.

Super Junior’s Yesung suggested that the aces of each group compete in a crying competition. When the MCs asked the AOA members who was good at crying, they suggested Mina who also raised her hand to volunteer.

Bringing up Donghae’s impressive record, Leeteuk said, “Donghae has cried in 17 seconds before.” Showing his confidence, Donghae asked the staff, “Can you give me some tissues?” as he walked up.

As a sad song played over the speakers, Donghae and Mina stood next to each other and tried to cry.

Donghae’s Adam’s apple moved up and down as he focused on gathering his emotions while Mina’s nose began to get red.

Tears then fell down Mina’s face and she announced, “I cried!” The show revealed that Mina began to tear up at around 10 seconds and cried in 15 seconds. 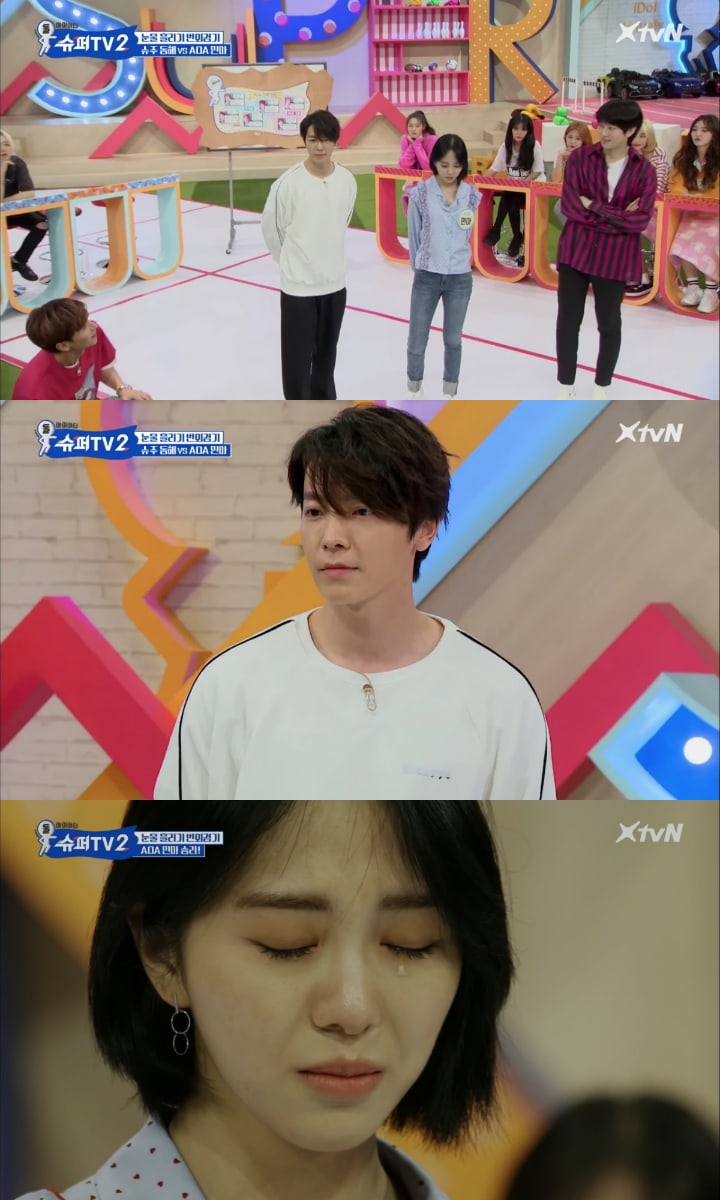 The other Super Junior members asked Donghae what happened and he looked over at Mina in disbelief. Choi Siwon went over to Mina and asked, “Are you alright?” He then said that she was a professional.

When Mina returned to her seat, the other AOA members praised her and Jimin said, “You’re great.”