BTS has really impressed with their professionalism and manners!

When the pair talked about BTS’s recent achievements on the Billboard charts, Kim Ji Ha described BTS’s actions at a press conference that the group recently held after their comeback with “Love Yourself: Tear.” She commented, “BTS has become world stars, and they held a press conference. The atmosphere was great.”

“Whenever a reporter asked a question, they’d take notes,” she said. “It showed that they were really focused on the situation and the press conference, and that they considered it to be important.” 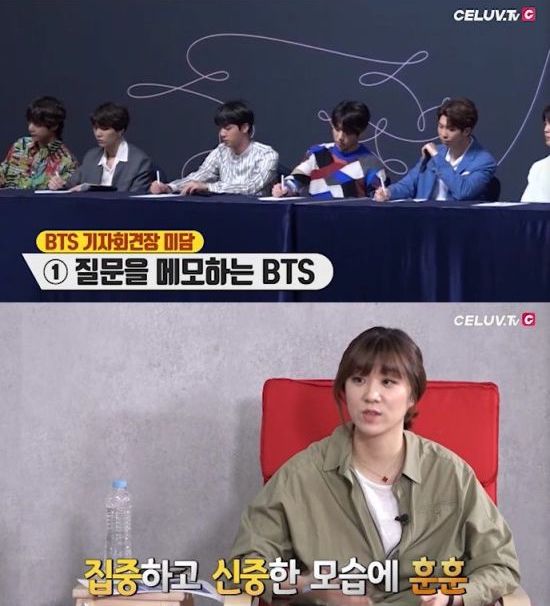 She also said that the members had even cleared water bottles off the table themselves, showing their consideration for those who were taking news photographs.

Kim Ji Ha said, “Usually when people hold press conferences, after it ends they go backstage. But when BTS was done, they all came down and personally greeted us in turn.” She explained, “Usually rookie idols do this, but BTS showed that they hadn’t forgotten their original intentions as they personally thanked each and every person.” 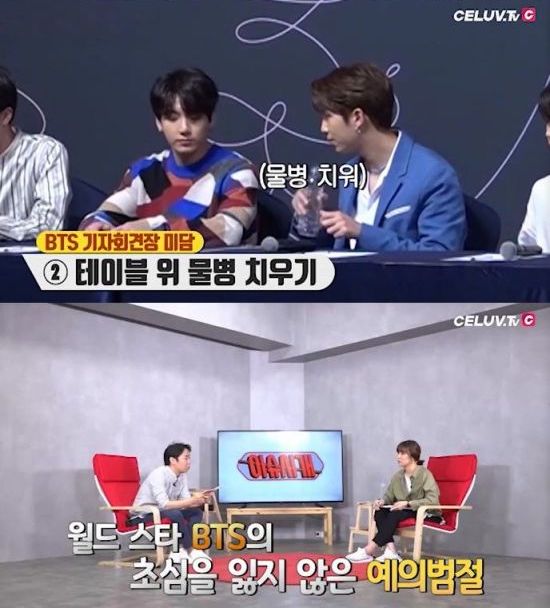 BTS made a comeback on May 18 with “Love Yourself: Tear,” which broke records as it shot to the top of the Billboard 200 and their title track “Fake Love” came in at No. 10 on Billboard’s Hot 100 chart.