Chungha Looks Back On The Past Year, Shares Update On Comeback Preparations, And More

Chungha celebrated the one year anniversary of her debut!

On June 7, Chungha held a V Live broadcast and commemorated the day with her fans.

She continued, “I previously thought about it while making my autograph. I thought that it’d be nice if [the name of my fanclub] was related to stars and that it’d be pretty.”

She explained, “At the concert, the light sticks looked like really pretty stars, so I said that it looked like stars and it became stars. It means that I want the fans and me to be like stars to each other and be in a relationship where we improve and grow together.” 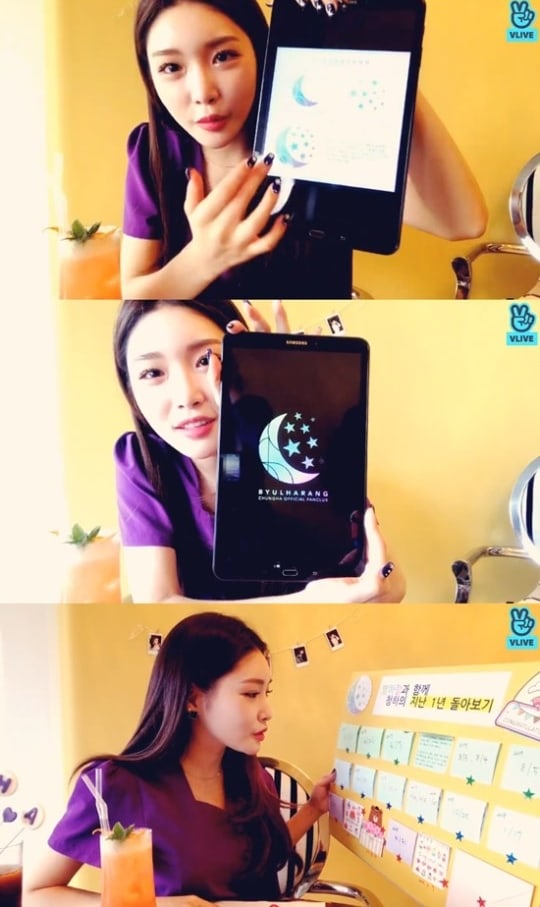 During the broadcast, Chungha prepared a segment where she looked back at her past year. The timeline started from April 12 of last year to now and included memorable events such as featuring on Samuel’s song, throwing her first opening pitch at a baseball game, hosting her EBS radio show, holding a fan meeting, appearing on a reality show, and more.

Updating fans on what she’s been up to, she said, “I’m preparing my album. I’m also now receiving lessons without break on every day of the week. I’m also studying Japanese. Right now, I’m working hard on creating my choreography and recording. The recording of my title track is already finished.”

On her upcoming year, Chungha stated, “A year really flew by. I wonder how I can explain this feeling. It feels like when you take off your belt and get out after riding a rollercoaster. It feels like I’m walking while thinking about what to ride next. I think I feel the same way when thinking about myself one year from now.”

Chungha’s agency recently confirmed that she will make a comeback during the second half of this year.