“Goodbye to Goodbye” is the story of women who are on the path to becoming mothers. The drama has been tugging at the heartstrings of viewers with its relatable story, and it is making its mark as a high-quality production. Chae Si Ra plays the role of Seo Young Hee, a mother whose whole life has been ignored, while Jo Bo Ah plays Jung Hyo, a warm and bright college student whose life is thrown into turmoil when she finds out she’s pregnant.

The new stills show Jo Bo Ah sobbing as Chae Si Ra comforts her. Though Seo Young Hee looks expressionless, she’s holding on to Jung Hyo’s shoulder tight, almost as if she’s worried that without her support, the young woman will collapse. Seo Young Hee holds Jung Hyo tightly in her arms as she silently comforts her with her presence. 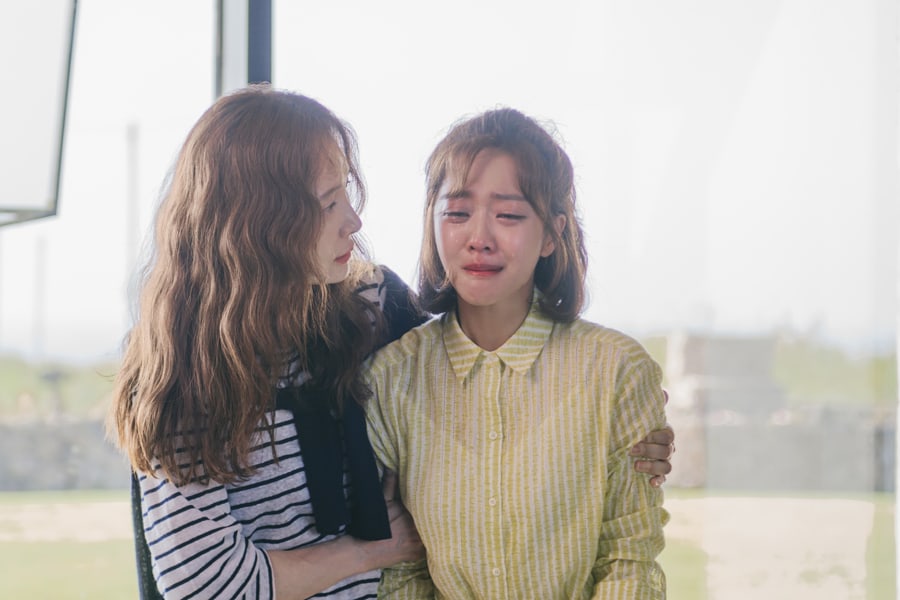 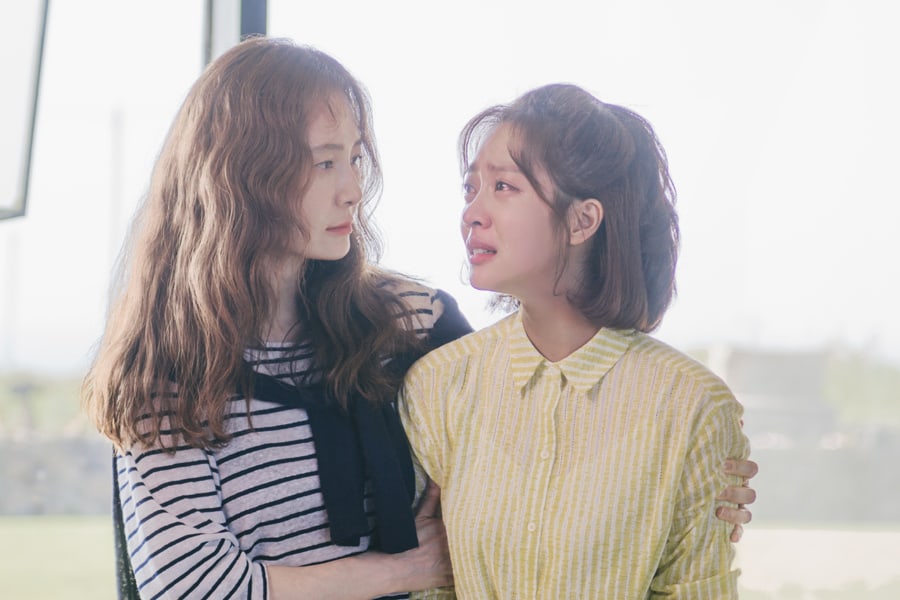 The production staff stated, “The two actresses play a mother who has closed herself off from the rest of the world and a soon-to-be mother who isn’t ready to become a mother. Their emotional scene together will be one to watch as a beautiful and emotional bond continues to form between them.”

“Goodbye to Goodbye” airs every Saturday on MBC at 8:45 p.m. KST. Watch the latest episode below!

Chae Si Ra
Jo Bo Ah
Goodbye to Goodbye
How does this article make you feel?