Gaon Chart has announced its second batch of official certifications!

On June 8, Gaon Chart revealed that EXO-CBX’s “Blooming Days” and TWICE’s “What is Love?” had both been officially certified platinum after selling over 250,000 copies each. 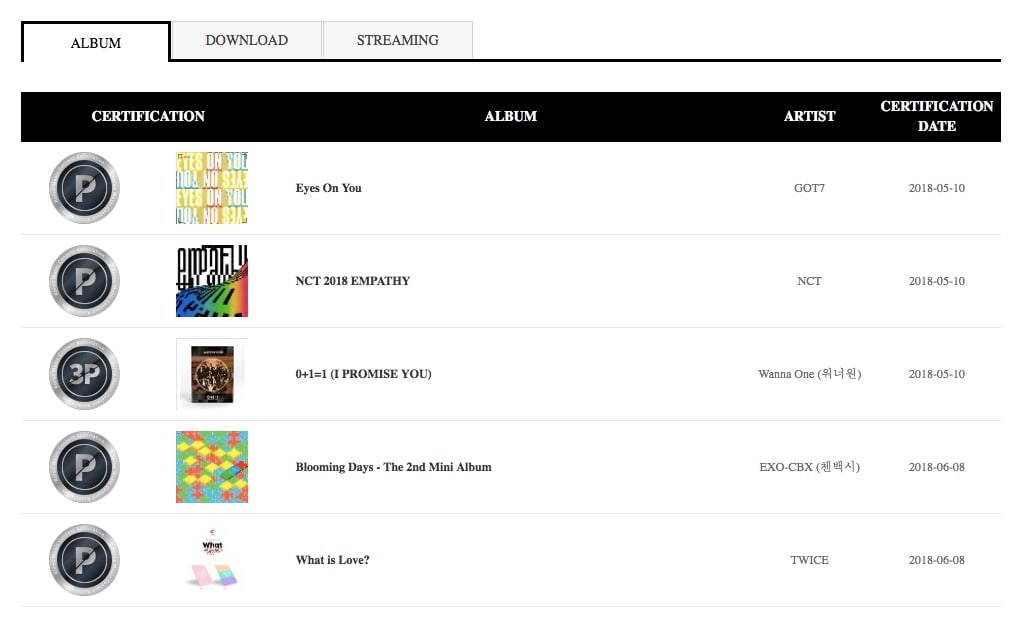 Congratulations to all three groups on their impressive achievements!

iKON
TWICE
EXO
EXO-CBX
How does this article make you feel?