Park Min Young Shines Behind The Scenes Of “What’s Wrong With Secretary Kim?”

The stills are from a scene that aired in the first episode and involved Park Min Young acting like she had a pollen allergy. Park Min Young had viewers’ noses itching with her realistic acting of trying to hold back tears and sneezes. The situation was even funnier when Lee Young Joon (Park Seo Joon) thought she was tearing up because she liked him, and his sudden proposal had her looking at him with surprise and confusion. 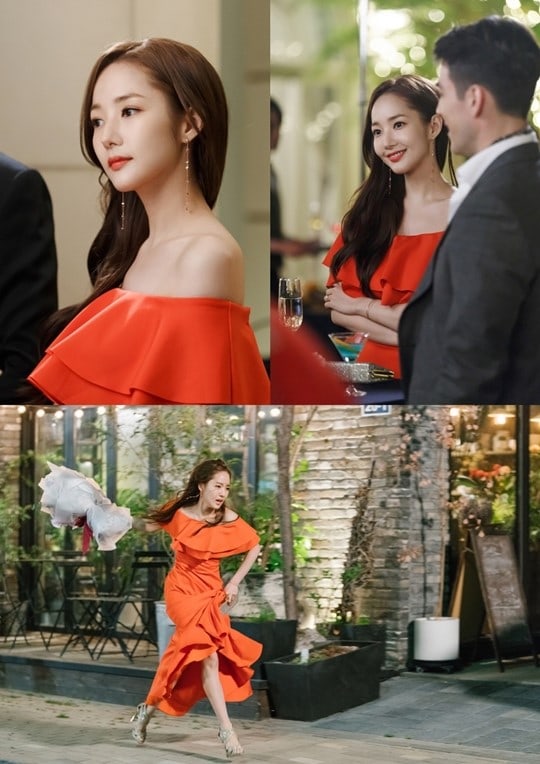 The production staff stated, “Park Min Young has impressed us all by giving her all to film the scene despite the chilly weather. She wasn’t afraid to look funny, and she never stopped running as she tried to express Kim Mi So’s feelings of urgency. We believe she plays a big role in the positive response the drama is getting.”

“What’s Wrong with Secretary Kim?” is the story of a narcissistic vice president of a company and his secretary of nine years who finally decides to hand in her resignation. The drama airs every Wednesday and Thursday at 9:30 p.m. KST and airs exclusively on Viki.

Start watching the series below!