BTS Describes What ARMY Means To Them, Shares Reaction To Letter From President, And More

BTS sat down for an interview on the June 8 episode of “Entertainment Weekly,” where they talked about their fans, the Billboard Music Awards, and more!

The show highlighted how the group had said in 2017 that they hoped that the Billboard Music Awards would invite them to perform at the next ceremony. The interviewer asked if they didn’t believe it when they first heard the news that they’d be performing this year, and RM said with a laugh, “At first we just yelled.”

“It was a dream for us,” said Jin. “We had talked about our dream like when young children say what they want to be when they grow up.”

The interviewer also brought up how Kelly Clarkson had introduced them at the show leading to huge cheers from the fans in the audience. “That was unbelievable too!” said Jimin. “The fact that Kelly Clarkson introduced was really shocking.”

Jimin talked about how nervous he was when they got up on stage. “I thought ‘We have to do the performance well, we have to do a cool comeback,'” he said with a laugh. “I almost threw up.” He added that even though it had been only one song, when they got off stage he had sat down.

When asked how the others felt about the performance, Jungkook said he’d really enjoyed it. “So many ARMYs had filled up the venue,” he explained. “It gave me a lot of strength, and made me feel relieved.” 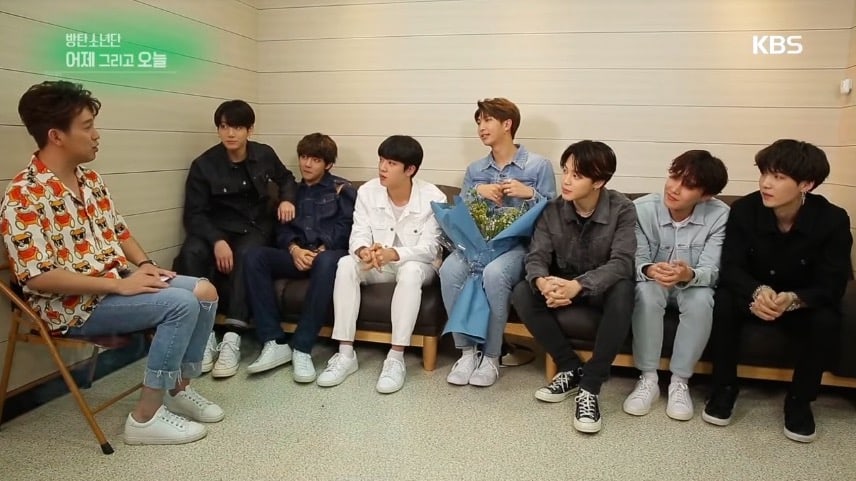 The interviewer also brought up how BTS received a congratulatory letter from President Moon Jae In after they topped the Billboard 200 chart with “Love Yourself: Tear.”

Jimin replied, “It was really an honor, everyone went crazy,” and J-Hope said it was epic. RM added, “One thing that we were really grateful for was that he included our fan club ARMY. It seemed like he’d really written it with a lot of affection.”

The guys were then asked to describe the meaning of ARMY to them, and V used the word “life.” He impressed the others when he said, “I think I’ve been given this life under the name of V.” 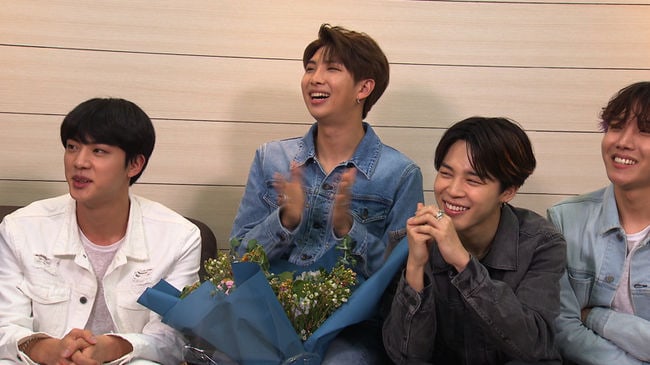 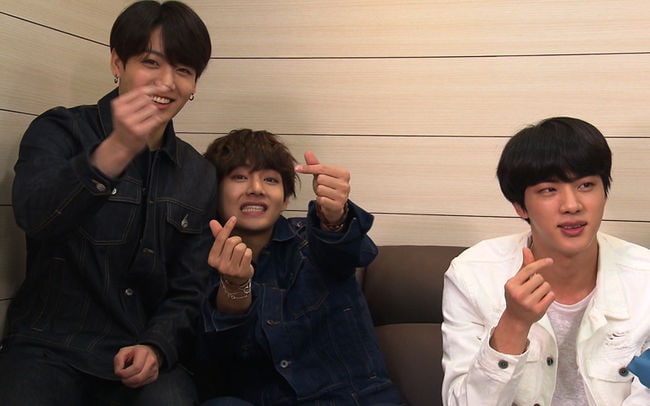 BTS
Entertainment Weekly
How does this article make you feel?