Last week, Park Shin Hye and So Ji Sub said goodbye to their temporary home on tvN’s “Little House in the Forest,” after completing their final mission.

This week, on the June 8 broadcast of the show, Park Shin Hye’s first meeting with the producers of the show was revealed, during which they asked the actress if she was happy.

Park Shin Hye responded, “I don’t know about happiness, but I am thankful. I do have thankfulness. But I’m not sure how to measure happiness.”

Unable to say that she was happy, Park Shin Hye, spilling tears, said, “I’ve always been too sorry to talk to people about having a hard time. I just kept everything bottled up.”

“I thought [in the forest] that I’d be able to just be comfortable, without thinking about the people around me and what they think. When I received the call [about doing this show], after not even 30 minutes, I said ‘I’ll do it!’”

Last week, on her last day in the forest, Park Shin Hye said, “Thank you little house in the forest. Thanks to the house, I was so happy. It was the biggest happiness.” 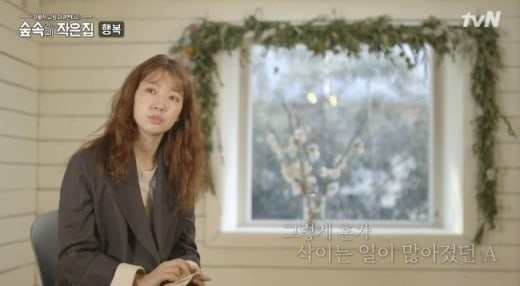 Park Shin Hye
Little House in the Forest
How does this article make you feel?