On the June 8 episode of JTBC4’s reality program “Secret Sister,” Sunmi and Red Velvet’s Seulgi talked about the early days of their career.

When Seulgi said that she was close with actress Gong Seung Yeon, Sunmi shared, “I actually auditioned at SM [Entertainment]. Gong Seung Yeon came in first during those auditions and I came in second. [Super Junior’s] Shindong was in our group as well.”

Seulgi then talked about the time she first entered SM as a trainee. “When I went in the room, everyone was so cool and pretty,” she said. “The trainees had so much charisma back then. All the trainees seemed like they could be Super Junior or Girls’ Generation. I thought to myself, ‘How did I get here?'” 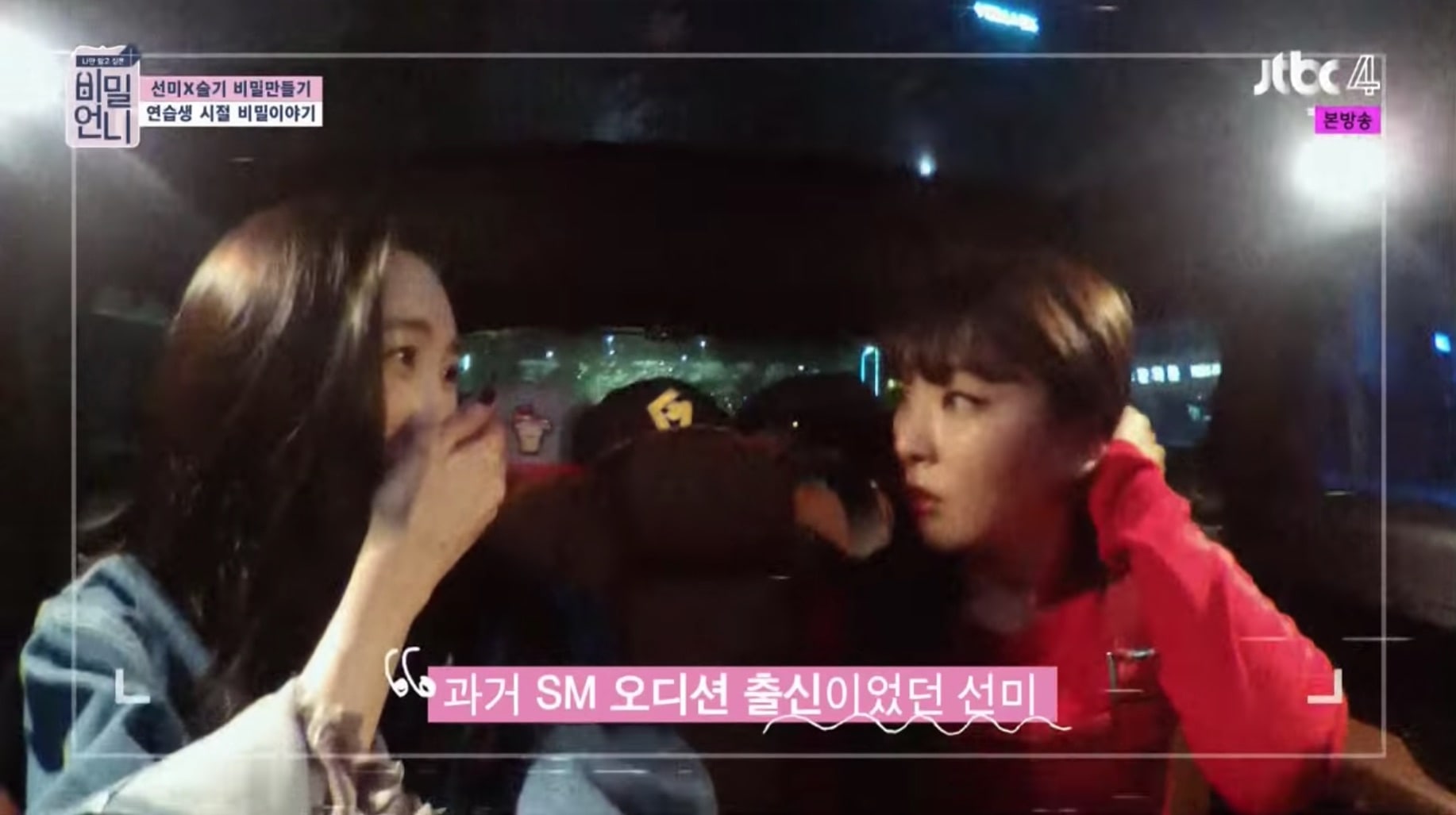 Sunmi sympathized with Seulgi, realizing that she became a trainee at the same age as Seulgi did, and said, “I’m from Gyeongju, where people told me I was really good. Then I joined JYP and there was HyunA, Sohee, Lee Gikwang, Im Seulong, Jo Kwon, Sunye… So many amazing people.”

She added, “The 2AM and 2PM members trained for so much longer than I did, but I debuted first [with Wonder Girls]. Then it became really awkward.” Seulgi said, “I went through my trainee years with the EXO members, but they debuted first so it’s still a bit awkward.”

Back at their dorm, the two singers watched videos from their debut. When Seulgi turned on Wonder Girls’s “Irony,” Sunmi reacted very strongly, saying, “Turn it off! I don’t want to see it!” When Red Velvet’s “Happiness” came on, Sunmi jokingly complained, “There’s nothing different about you!” 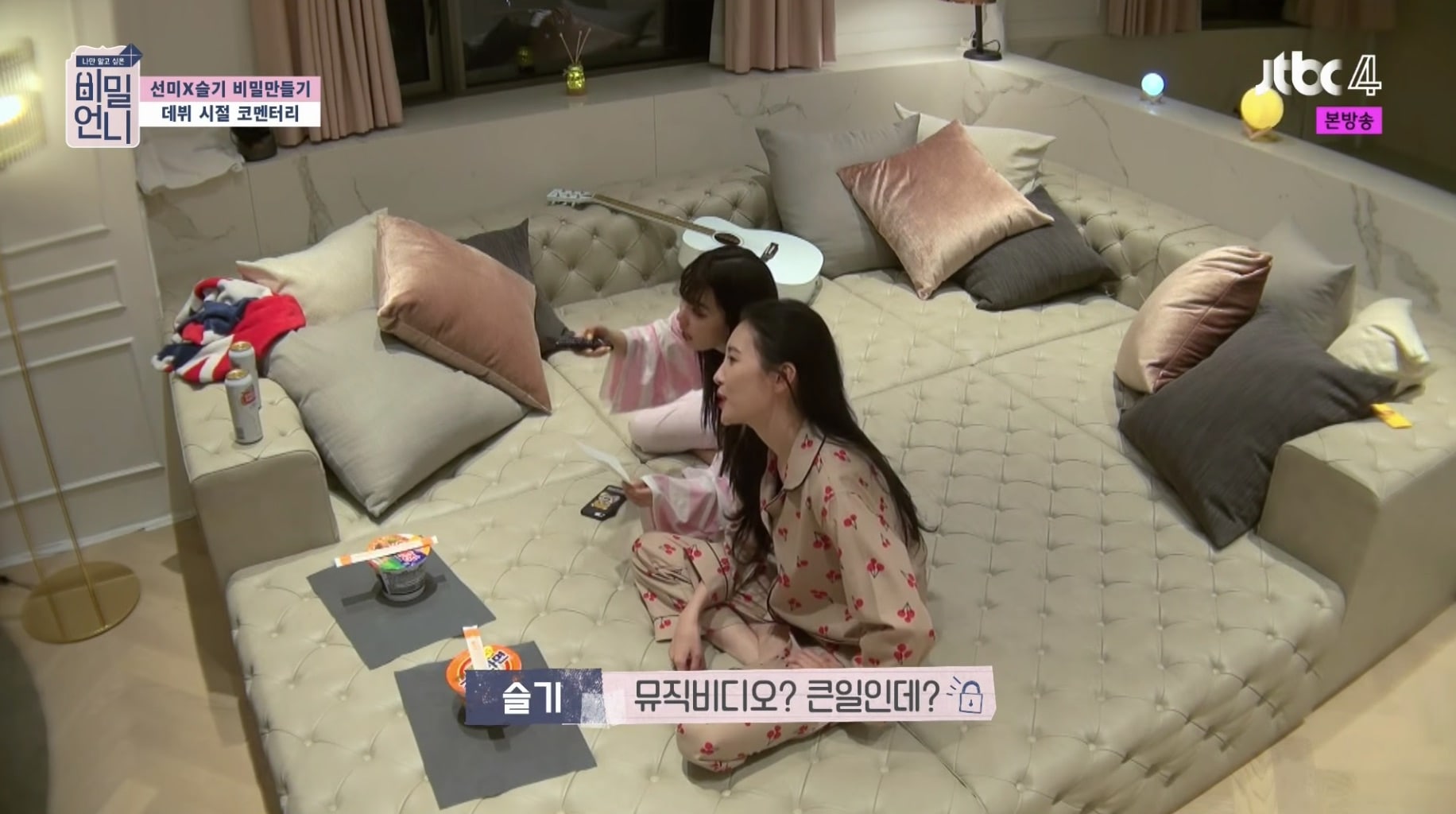 Red Velvet
Seulgi
Sunmi
Secret Sister
How does this article make you feel?