On the June 8 episode of “Law of the Jungle,” the cast put together a special birthday meal in Mexico for BTOB’S Hyunsik.

Kim Byung Man and Oh Man Seok went fishing in the ocean, while Seol In Ah, Choi Jung Won, and Jota went looking for freshwater fish in the cenote (a natural pit or sinkhole filled with groundwater). Han Eun Jung and BTOB’s Eunkwang and Hyunsik went to discover the natural baths, said to have been used by the Mayans.

Kim Byung Man’s diving was unsuccessful until the very end, when he caught an angel fish, and Oh Man Seok managed to catch a huge dolphinfish on the boat.

For Hyunsik’s birthday feast, they made fish egg soup instead of the traditional seaweed soup, fish steak, and fish cakes. They also decorated the campsite with a coconut doll made to look like Hyunsik. 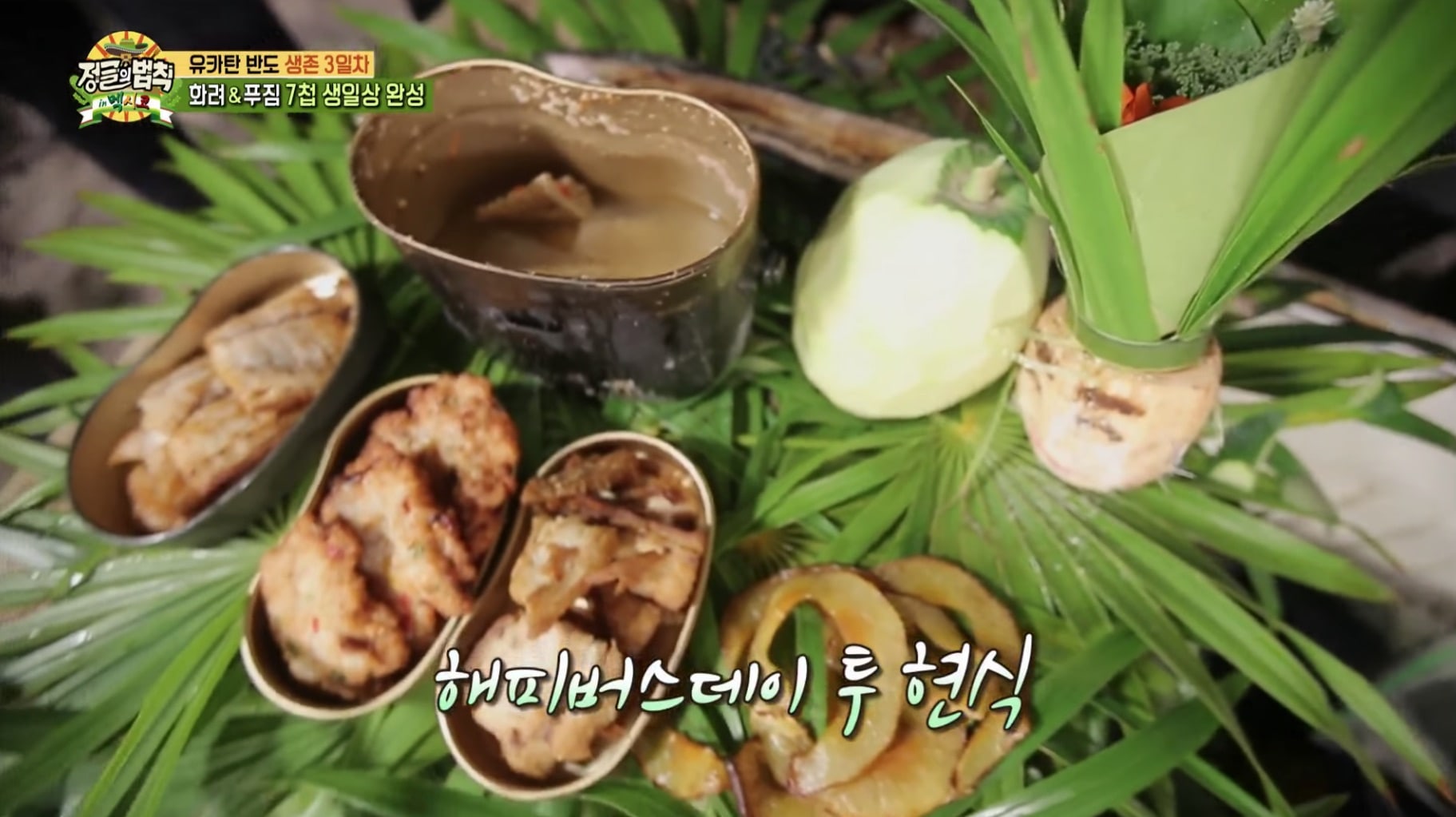 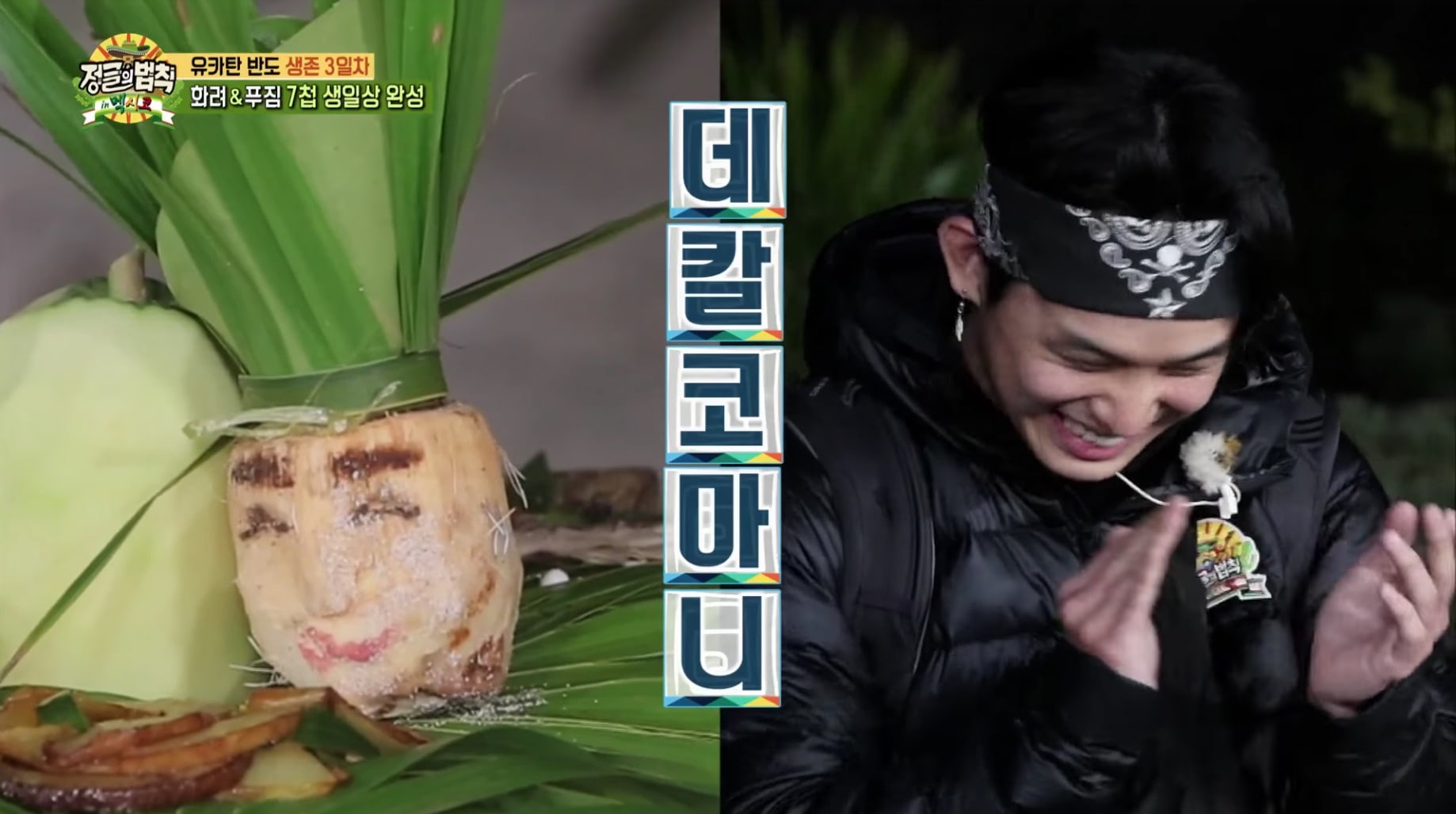 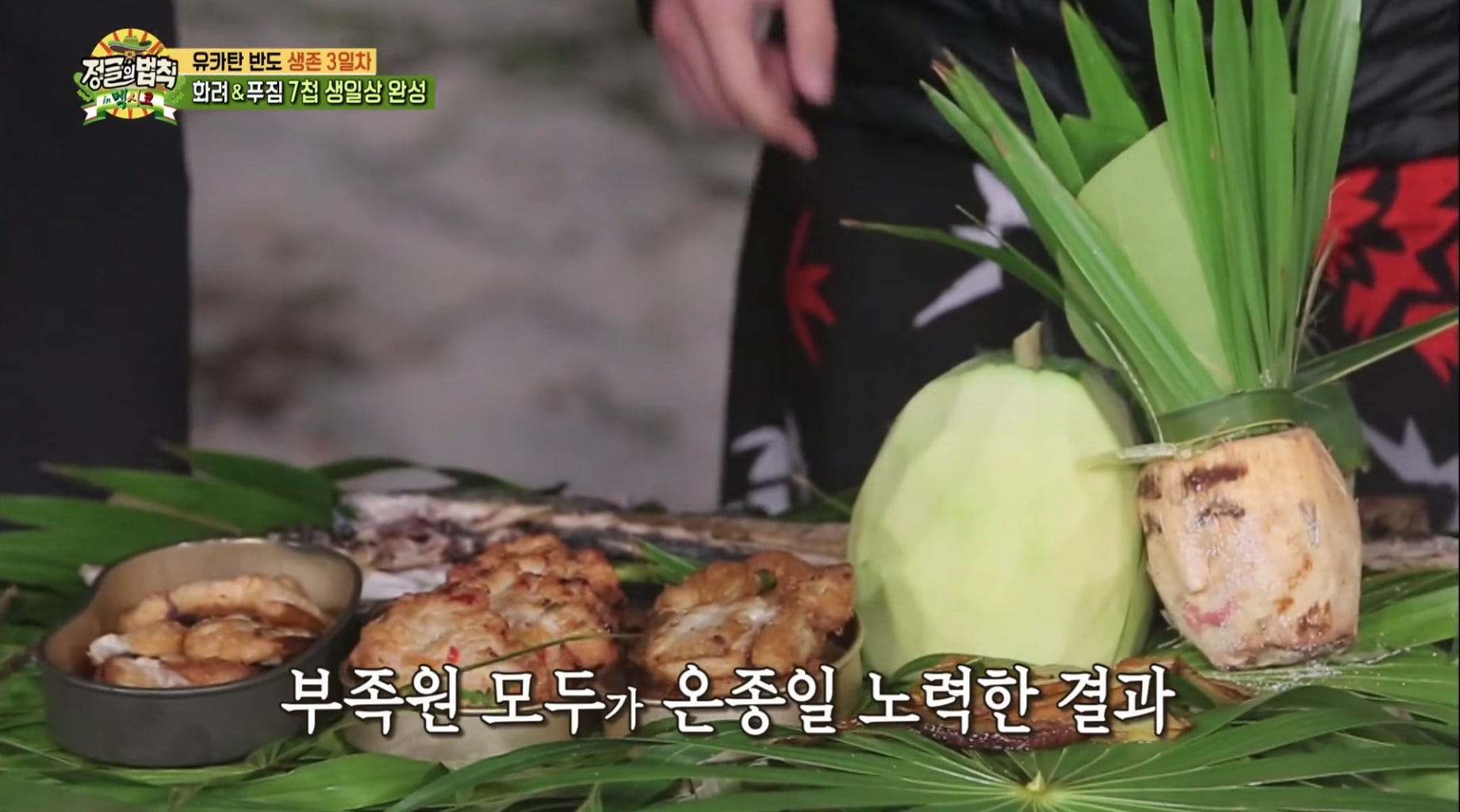 “Because my birthday would be spent in the jungle, I thought I wouldn’t get to eat seaweed soup, but those thoughts disappeared as soon as I saw the meal today,” Hyunsik said, and said that this was the best birthday he’d had in his life. 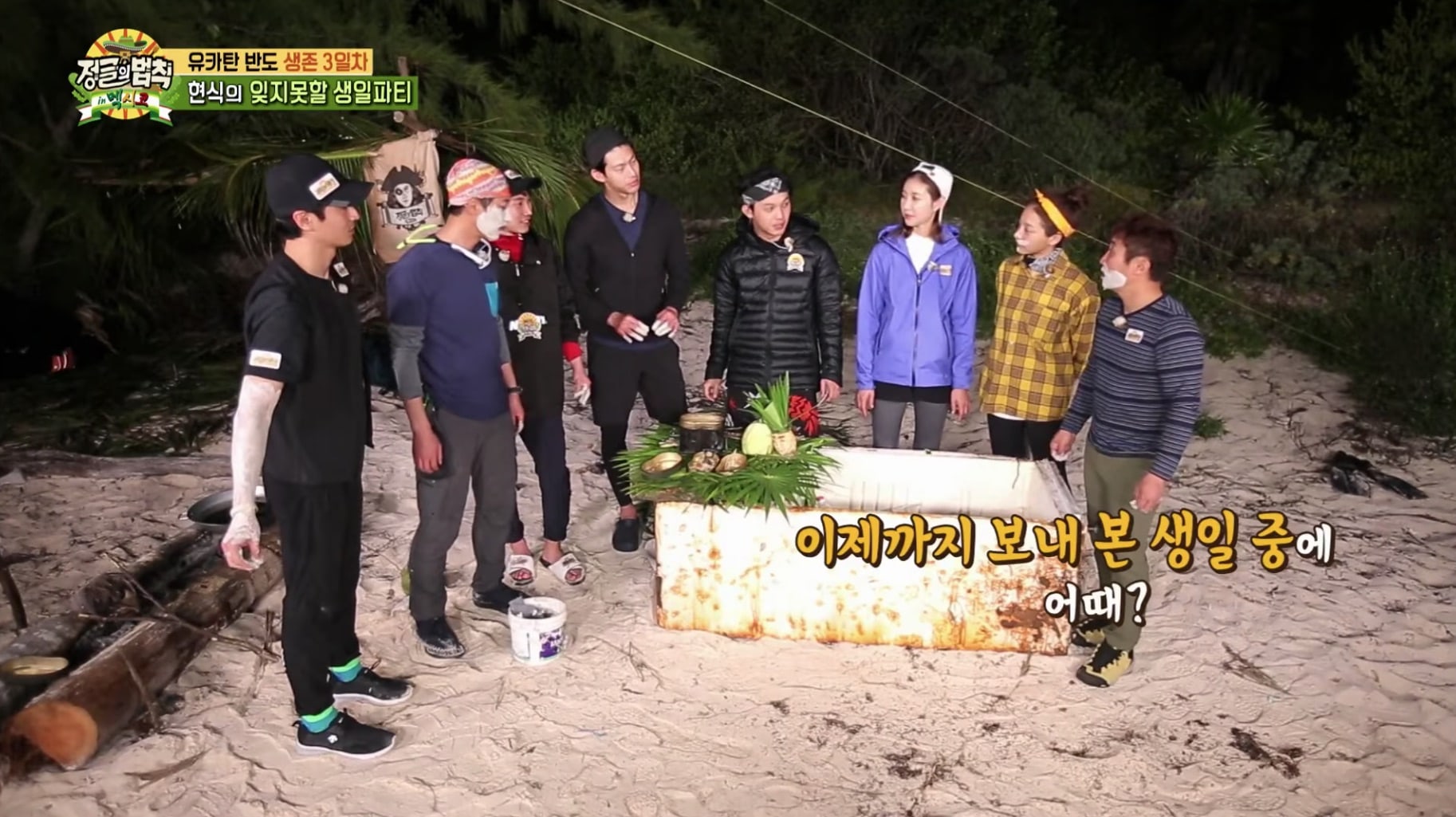 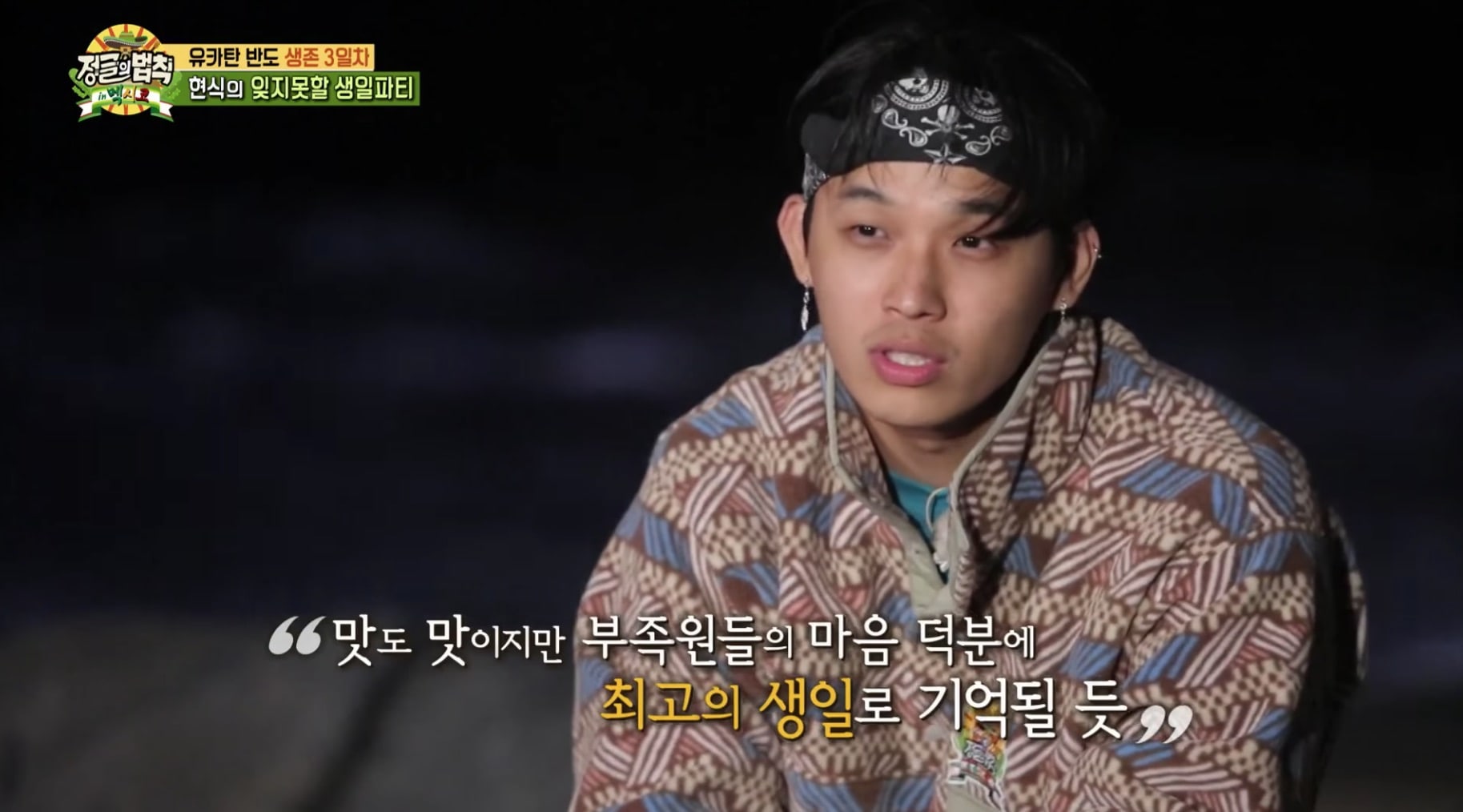 Catch the latest episode of “Law of the Jungle” on Viki:

BTOB
Law of the Jungle
Hyunsik
How does this article make you feel?