The rankings were determined through an analysis of the consumer participation, media coverage, interaction, and community indexes of various girl groups using big data collected from May 7 to June 8.

Rookie girl group (G)I-DLE made a splashy debut in the rankings by topping the list for June. In their first-ever appearance on the list, the group shot to first place with a brand reputation index of 10,038,719. 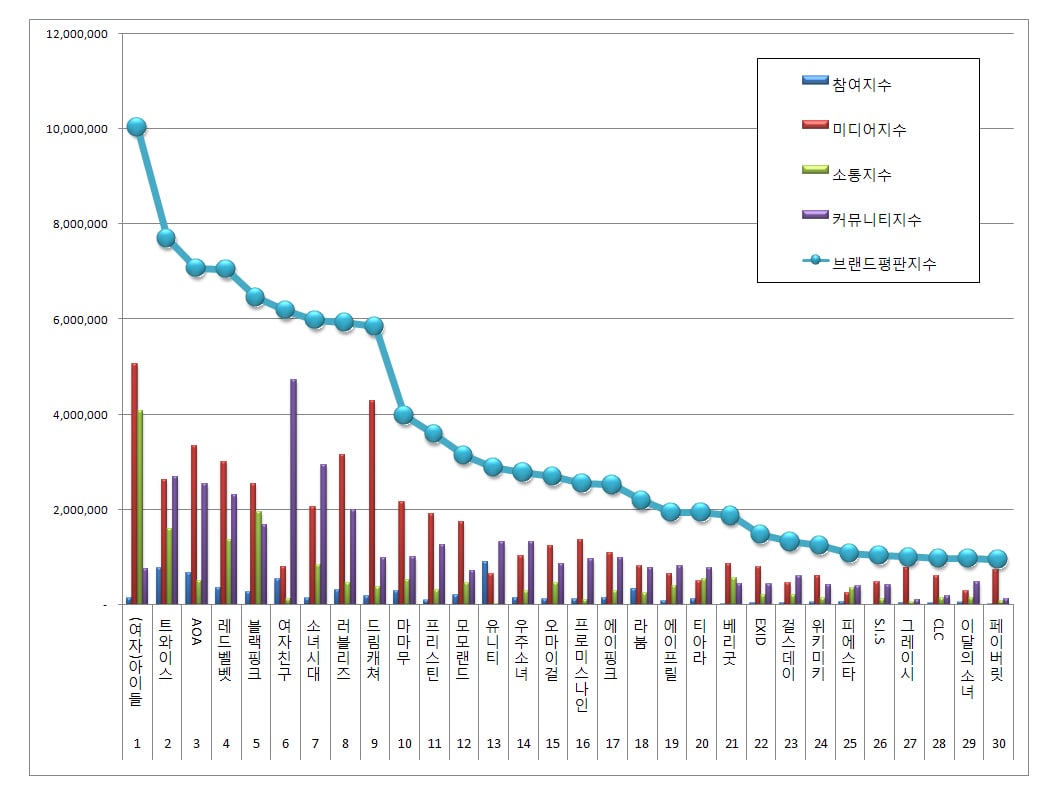