2PM’s Junho and Jung Ryeo Won are just as adorable off-camera as they are in “Wok of Love”!

On June 9, the SBS drama released new behind-the-scenes photos of the two stars during filming. Both actors are all smiles as they go over the script together and rehearse their lines, showcasing their remarkable chemistry even before they actually shoot the scene in which Jung Ryeo Won surprises Junho with an unexpected kiss on the cheek.

During the latest episode of “Wok of Love,” Dan Sae Woo (played by Jung Ryeo Won) made up her mind to follow her heart and express her feelings for Seo Poong (played by Junho). After declaring, “I’m going to follow my feelings, wherever they may lead,” she caught Seo Poong off guard by boldly kissing him on the cheek in the kitchen.

According to those present during filming, Junho and Jung Ryeo Won never stopped laughing while filming the romantic scene. The two stars’ remarkable teamwork reportedly made it easy for them to give the scene an upbeat, effervescent vibe. 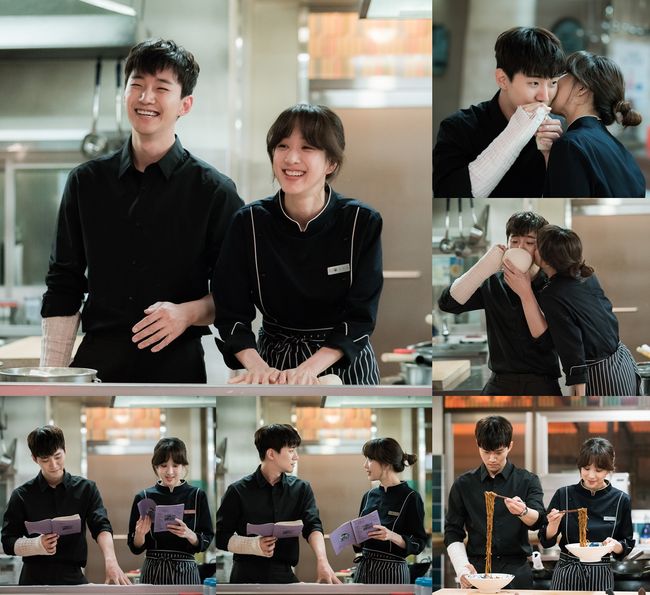 To find out how Seo Poong responds to Dan Sae Woo’s sudden show of affection, catch the next episode of “Wok of Love” on June 11 at 10 p.m. KST!

In the meantime, check out the latest episode of the drama below: