On June 8, a truck hit a pedestrian in Cheongdam, Seoul. Shin Hyun Joon, who happened to be passing by at the moment, reportedly ran over to the victim, who was slightly conscious but wasn’t able to get up, and stayed by her side.

One witness described, “Shin Hyun Joon took care of the emotions of the two people involved in the accident and stayed at the scene until the police arrived.”

A source from the actor’s side confirmed, “After seeing the article, we contacted Shin Hyun Joon, and he said it was true. He saw a woman getting into an accident and thought it was only natural that he helped out.” They added, “He was slightly embarrassed to be receiving praise for his actions. He stated that he believes that anyone would have done what he did had they been in that situation. 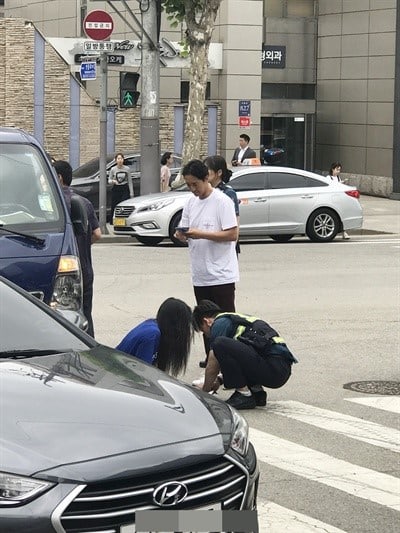 Coincidentally, Shin Hyun Joon is currently appearing in the MBC every1 show “Countryside Police Officers 3” (literal title), where the cast works with police officers to help the people living in an area in the countryside. The cast members were named honorary police officers in May.

Shin Hyun Joon
How does this article make you feel?