Watch: Go Ara And INFINITE’s L Surprise Everyone With Their Dance Moves On “Ask Us Anything”

Go Ara and INFINITE’s L showed off their moves on JTBC’s “Ask Us Anything”!

The two “Miss Hammurabi” co-stars appeared as guests on the June 9 episode of the popular variety show. During the episode, Go Ara talked about how she had joined SM Entertainment. She explained, “I auditioned by entering the SM Best Youth Contest. I came in first place in ‘Best Face’ and first place in ‘Best Dance,’ and that’s how I ended up joining SM.”

The other members asked in surprise, “Best Dance?” The show then aired footage of Go Ara dancing to BoA‘s “Valenti” on stage when she was in middle school.

Kang Ho Dong asked, “How many people participate in one audition?” and Go Ara replied, “There were about 8,000 people at the audition that I went to.”

The members said that they wanted to see her dance moves, since she had managed to come in first place out of 8,000 people. As music began to play, Go Ara walked up to the front of the set while letting her hair down. She danced to the beat and then brought L to the front to join her. Although he smiled shyly at first, he soon surprised everyone with his powerful moves. 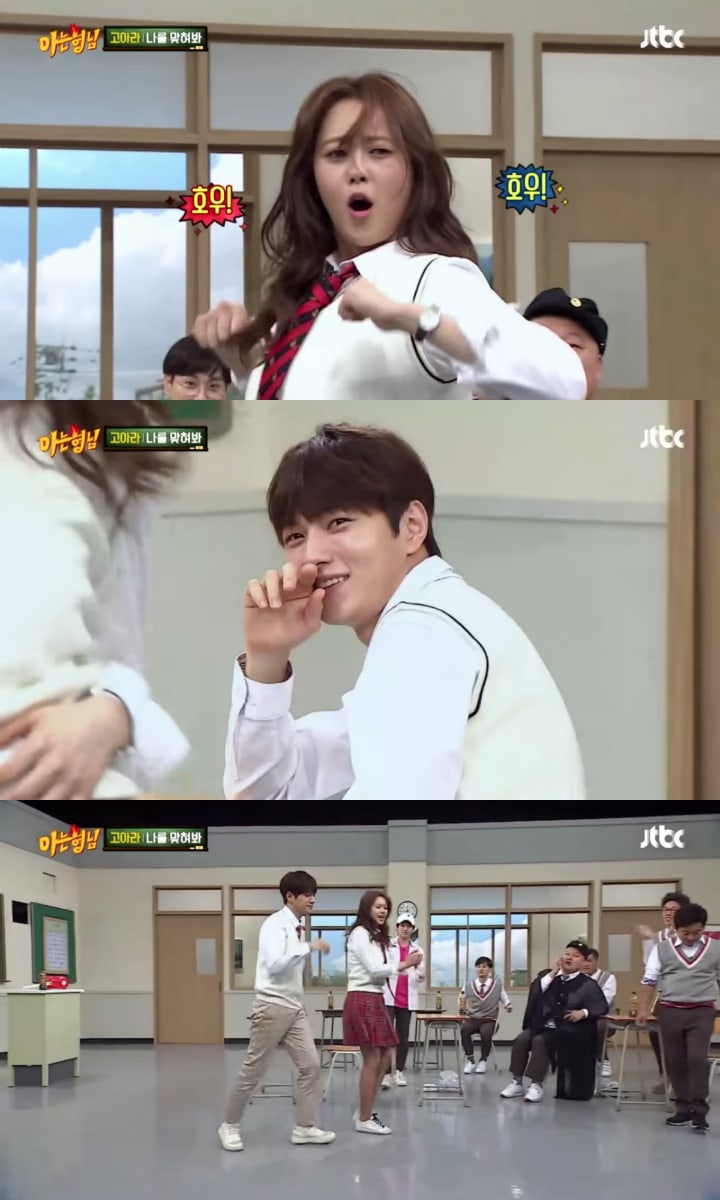 Super Junior’s Kim Heechul paused the music to ask the actress, “You became ‘Best Dancer’ with these moves?” Go Ara said, “I can only remember techno [dance moves]. Sorry!”

“Ask Us Anything” airs on Saturdays at 9 p.m. KST on JTBC. Check out the fun video below!