Go Ara, INFINITE’s L, and Super Junior’s Kim Heechul Talk About Their Assigned Debut Images On “Ask Us Anything”

Go Ara, INFINITE’s L, and Super Junior’s Kim Heechul spoke about concepts that their agencies gave them at the beginning of their debuts.

During the June 9 episode, Kim Young Chul asked L, “In the past, didn’t you have a mysterious concept in INFINITE?”

L answered, “Doesn’t every agency have something like that? [They decide] like you’re this concept and this character.”

He continued, “For me, it was the mysterious concept. I wasn’t allowed to speak or laugh. If I laughed, I had to turn around and laugh. I got yelled at a lot if I did something that didn’t fit my image.”

Kim Heechul said, “In the beginning when I debuted with Super Junior and grew my hair long and sang while waving a fan, we went to China. [The agency] told me not to talk a lot during the interview because I was being called a queen in China. They said that if someone asked me a question, I should hold up the fan and smile and that the other members would answer in Chinese for me.” 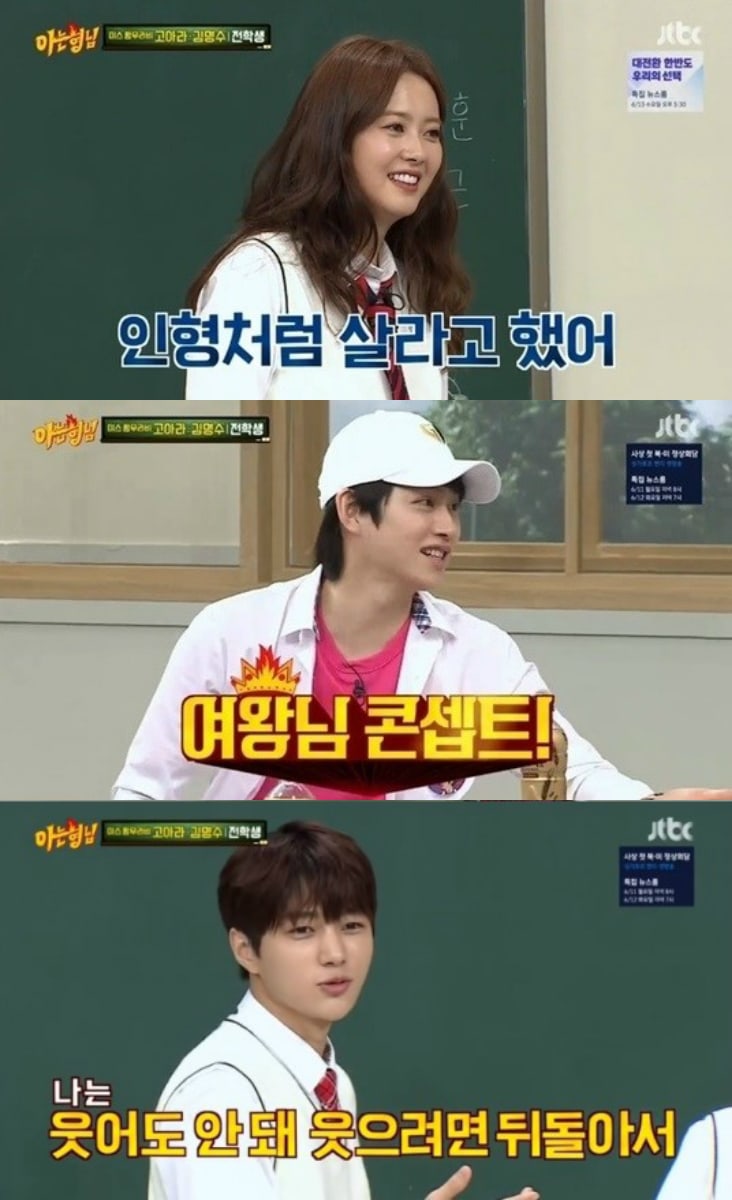 She asked Kim Heechul, “Wasn’t I a doll before?” and he joked, “Ah, yes. I think I remember you being the Satan’s doll.” Seo Jang Hoon commented, “Wow, idols live a really difficult life.”