EXO’s Sehun prepared an epic surprise for Suho on the set of his drama!

On June 9, the final day of filming for “Rich Man, Poor Woman,” Sehun showed his support for his bandmate by sending no less than six food trucks to the set of Suho’s drama.

Sehun also wrote a playful message on several of the trucks’ banners: “CEO Lee Yoo Chan [Suho’s character], I don’t know if this will be enough to satisfy you, but please eat this for just today. Sincerely, EXO’s Sehun.”

Other trucks bore banners with a more serious message: “To the cast, directors, and crew, please stay strong until the final shoot. I’ll be rooting for you. Fighting! Sincerely, EXO’s Sehun.”

Later that day, Suho shared a video of himself happily running past the many food trucks and declaring with a big smile, “The class of our Sehun. I love you.” He similarly wrote on Instagram, “The class of EXO’s maknae Sehun!! Sehun, I love you!!!!!”

Check out Suho’s video and more photos of the food trucks below! 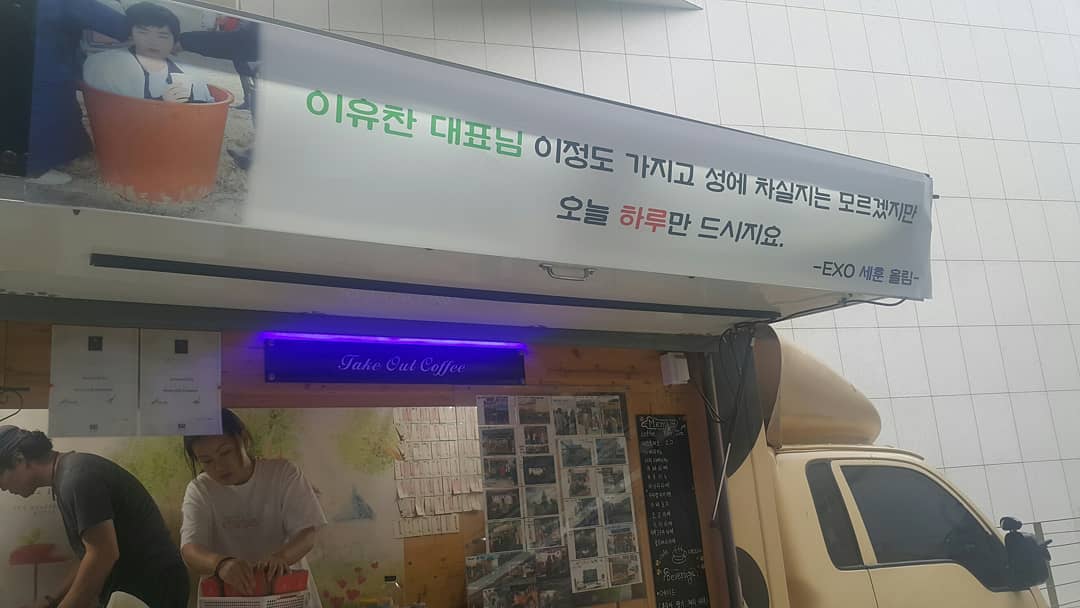 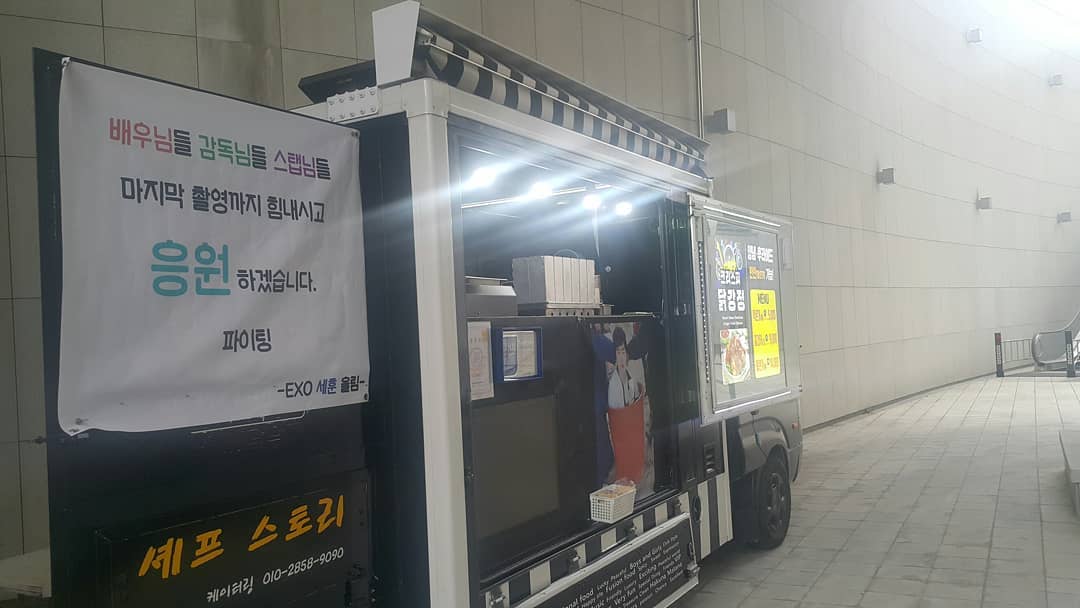 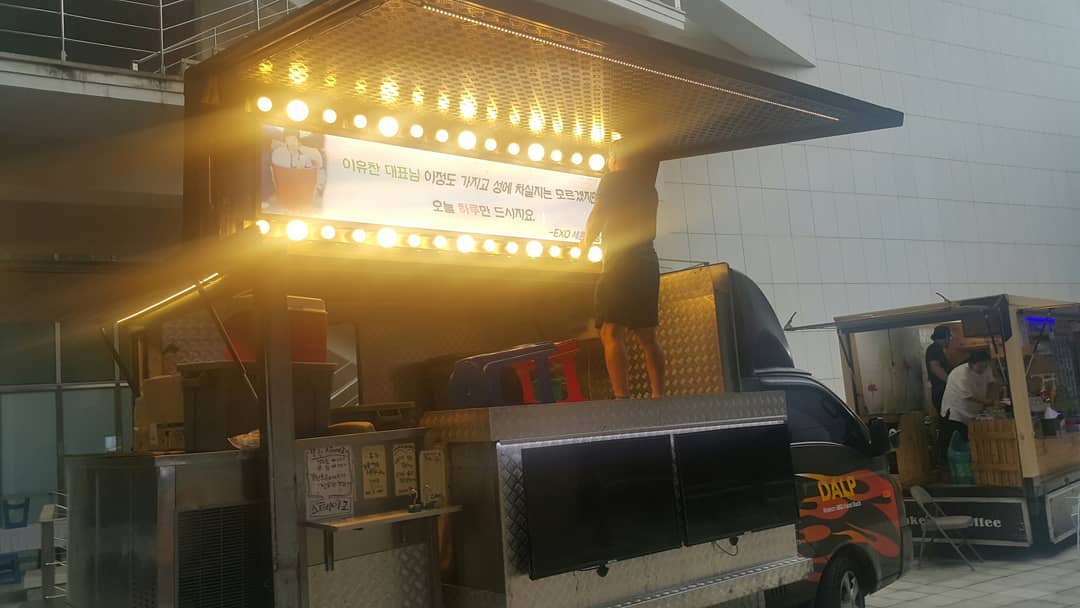 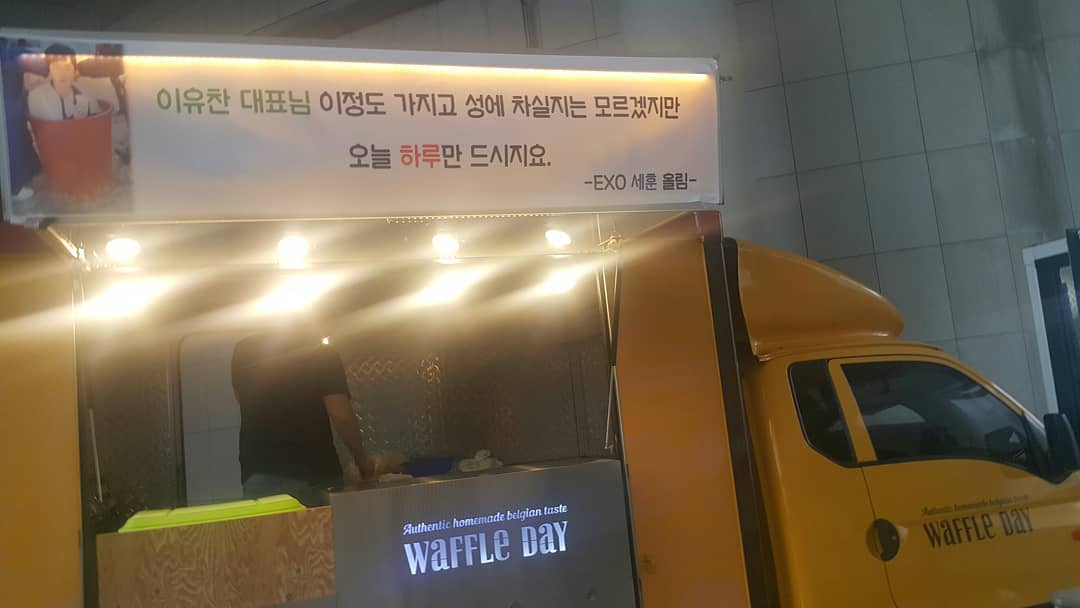 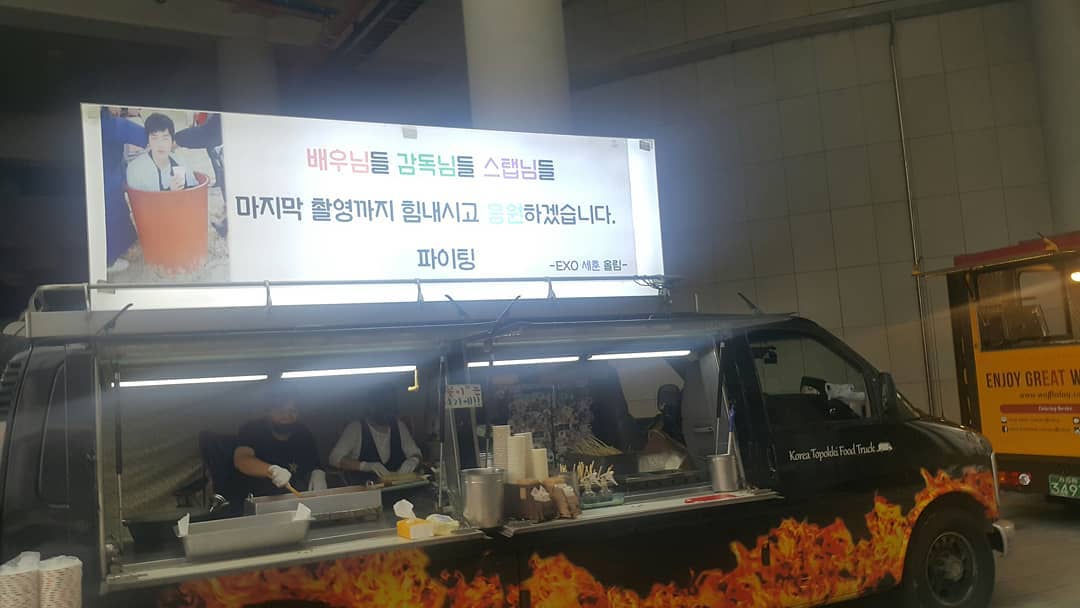 Suho also prepared his own coffee-and-churros truck for the cast and crew, writing, “To all the staff members of ‘Rich Man, Poor Woman,’ stay strong!!! From Yoo Chan [his character].”

If you haven’t already started watching “Rich Man, Poor Woman,” you can check out the first episode of the drama below!