“Are You Human, Too?” Cast Shares First Impressions, Ratings Promise, And More

The cast of “Are You Human, Too?” sat down for a fun live broadcast where they chatted about first impressions, shared a ratings promise, and more!

During the show, they were asked to describe their first impressions of each other in short sentences. Park Hwan Hee said that she had thought of Seo Kang Joon, “He really eats well.” She explained, “I saw him first when we were doing our script reading, and he was eating a lot of snacks.”

Lee Joon Hyuk said, “I’m so envious because it seems like even when Seo Kang Joon eats a lot, he doesn’t gain weight. I gain weight when I eat.” Seo Kang Joon replied, “I also gain weight if I eat a lot, but if I don’t eat for a day, then it comes off.” 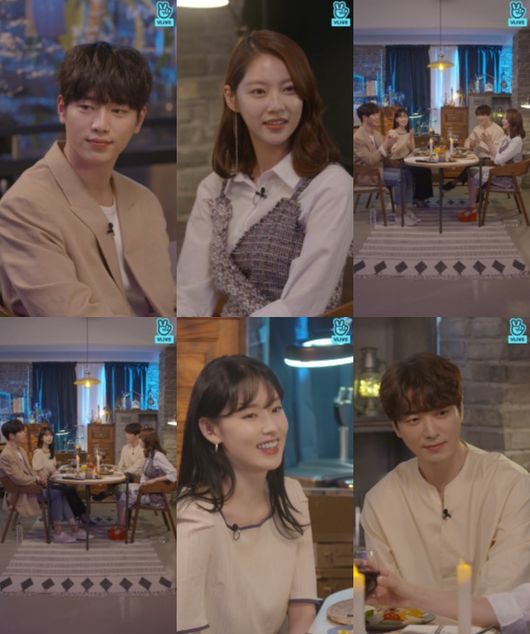 Seo Kang Joon also shared his first impression of co-star Gong Seung Yeon, using the phrase “Our eyes are the same.” He explained, “The color of our eyes was the same. Our eye color is a bit lighter. I was surprised because she has brown eyes.”

Gong Seung Yeon described her first thought when she met Lee Joon Hyuk as being, “Wow, amazing.” She said, “He looked like a celebrity and I was amazed. Thinking about how I was going to be working together with these people made me nervous and amazed when I first met them all.”

Lee Joon Hyuk said that first wondered if Park Hwan Hee was very young. He said she was very cheerful but was then surprised by how deep her thoughts were. “There was a lot of things that she knows how to do, and she can do jiu jitsu,” he said. “I thought that she’s someone I can learn a lot from.”

The cast was also asked what kind of robot they would personally want. Seo Kang Joon said he’d want a robot that would go on trips with him, saying that it would be the perfect travel companion since it would fit exactly the trip that he personally wanted. Gong Seung Yeon made everyone laugh when she joked that she’d want a robot that could make money.

When asked about their ratings promise, the cast said that if the ratings reach double digits, they’ll hold an autograph event for fans.

Seo Kang Joon
Gong Seung Yeon
Lee Joon Hyuk
Park Hwan Hee
Are You Human Too
How does this article make you feel?