BTOB’s Peniel Gives Update On His Struggle With Hair Loss

On the June 11 broadcast of KBS 2TV’s “Hello Counselor,” BTOB’s Peniel returned to the show and updated viewers on how he’s been doing with his hair loss.

Previously, in November 2016, the BTOB member appeared on “Hello Counselor” not as a celebrity guest, but as a guest with a concern. At the time, he publicly spoke out for the first time about his hair loss, which had worsened over the course of five years to the point of the idol losing about 70 percent of his hair. 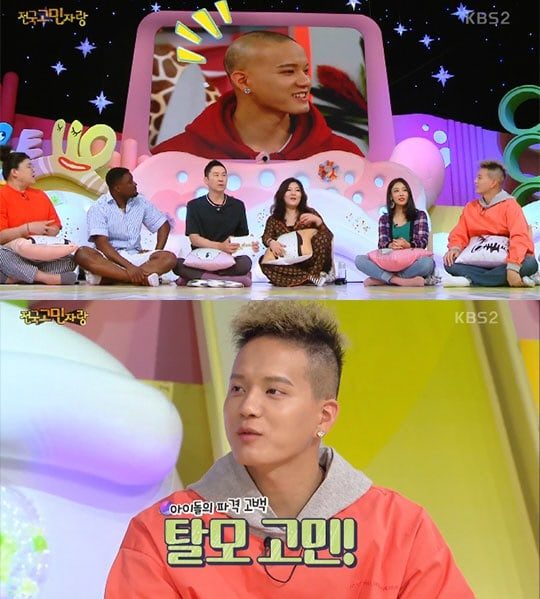 On June 11, Peniel returned having done away with the close shave from 19 months ago, a hair cut he had resorted to due to the hair loss. He said, “My hair’s gotten much better. It’s recovered about 70 percent.” Getting the stress about his hair out in the open and off his shoulders seems to have played a role in his improved condition, because Peniel said, “After coming on the show last time and talking about [my hair], I didn’t even go back to the hospital.”

BTOB
Hello Counselor
Peniel
How does this article make you feel?