On an upcoming episode of “What’s Wrong with Secretary Kim,” Park Seo Joon’s character is unable to hide his jealousy!

Go Gwi Nam, who is so popular within Yoo Myung Group that he took first place in a popularity vote among the company’s female employees, approaches Kim Mi So with a bottle of water and a friendly smile. The two end up competing together as a team in the three-legged race, and Lee Young Joon grows even more upset at the sight of Go Gwi Nam putting his arm around Kim Mi So’s shoulders for the event.

The scene, which was filmed in a gymnasium in Incheon, involved over 200 actors and extras. According to the crew, actress Park Min Young showed off her competitive streak during filming, pouring all of her energy into the race as though she were participating in an actual sports day. 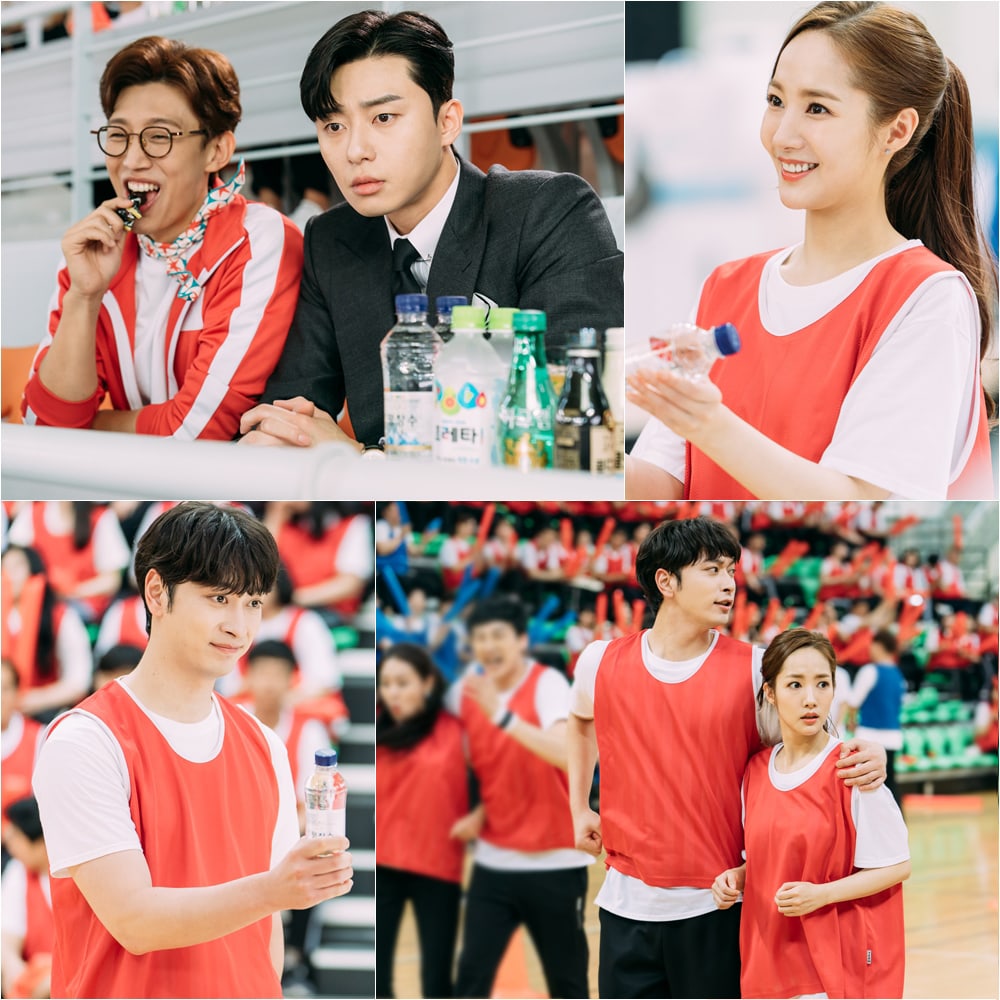 “What’s Wrong with Secretary Kim” tells the story of a narcissistic executive desperately attempting to convince his longtime secretary not to quit her job. The drama airs on Wednesdays and Thursdays at 9:30 p.m. KST.

If you haven’t already started watching the show, check out the first episode below!