New photos have been revealed of actor Go Kyung Pyo in the military!

The photos, which were recently posted to various online community sites, show Go Kyung Pyo training at the 23rd Infantry Division in Samcheok, Gangwon Province. In one photo, the actor looks serious as he carefully studies the lyrics to a military song; in another, he appears to be learning how to prepare a firearm for use. A third photo shows the actor sporting glasses as he stands at attention. 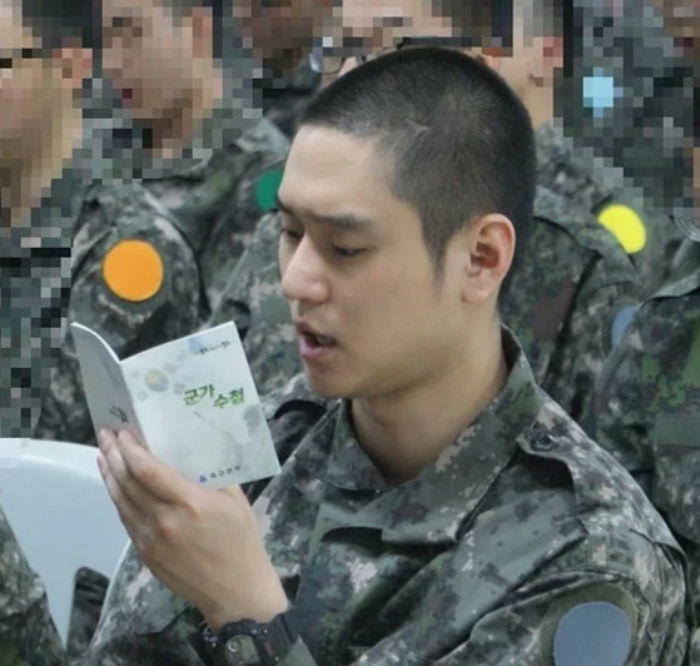 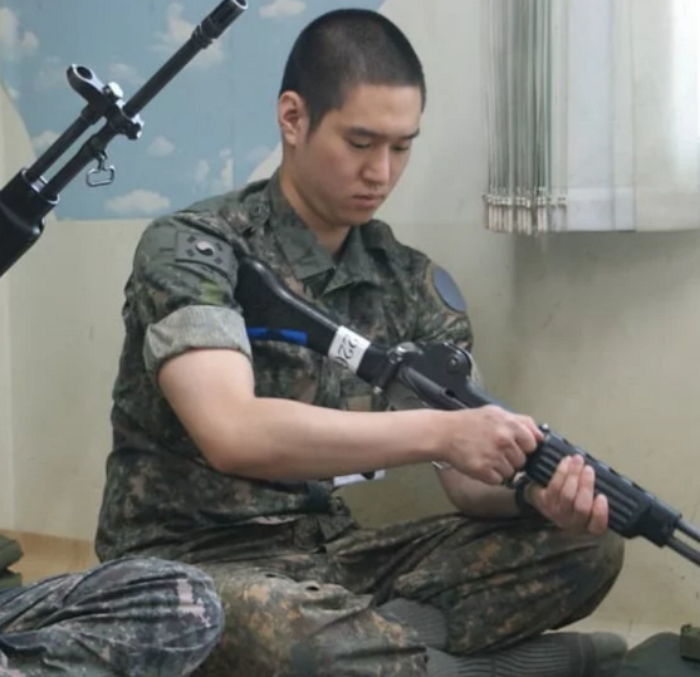 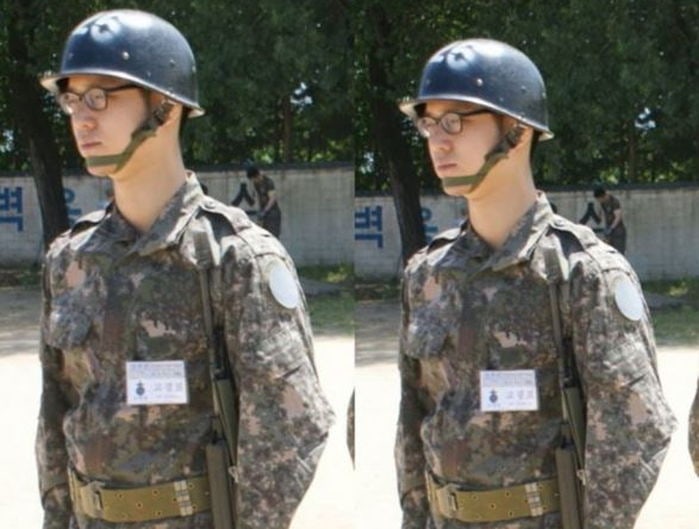 Go Kyung Pyo enlisted in the military three weeks ago and is currently undergoing basic training. He is scheduled to be discharged on February 20, 2020.