BTS’ Suga Reveals Why He Cried After The American Music Awards

BTS’ Suga has opened up about his experience attending the 2017 American Music Awards last year.

On June 12, BTS released a special video of a “BTS group dinner” as part of the 2018 BTS Festa, their annual two-week celebration of the anniversary of their debut. In the video, the seven members chatted and answered a variety of questions over food and drinks.

When asked about their memories of attending their first Billboard Music Awards and performing at the American Music Awards last year, Suga revealed that he had felt overwhelmed after their first live television performance in the United States.

“On the day that we performed at the AMAs,” he recalled, “after it was over, I cried in the shower.” As the other members expressed their surprise at his confession, he continued, “It wasn’t because I thought, ‘We’ve made it.’ It was because I was scared.”

Suga went on to explain that he had felt both excited and pressured by their success. “In a way, it was more than anything I’d ever dreamed of or imagined,” he said. “It was something I had never even been able to imagine. So as I was showering, I started thinking, ‘What should I do about this pressure from now on?'” 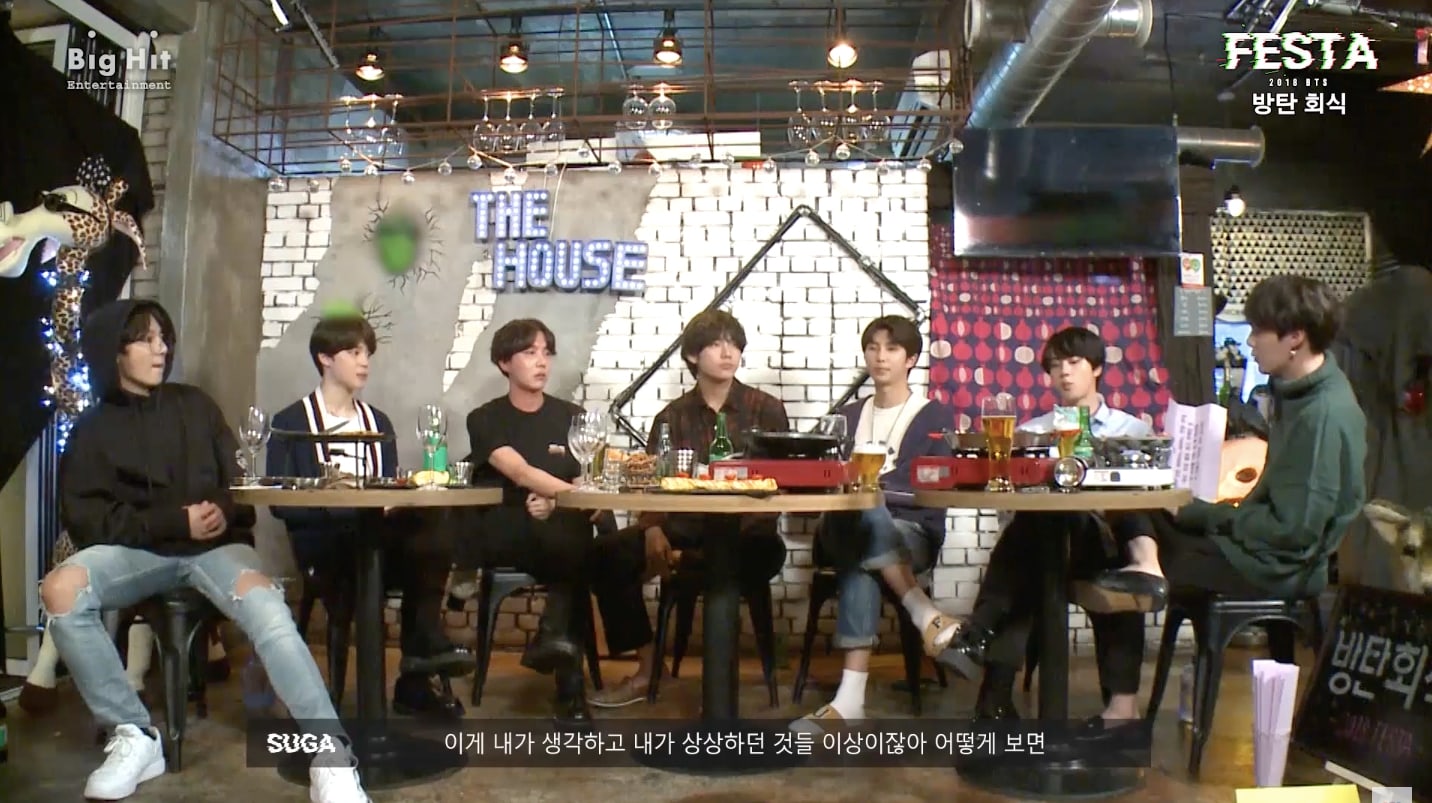 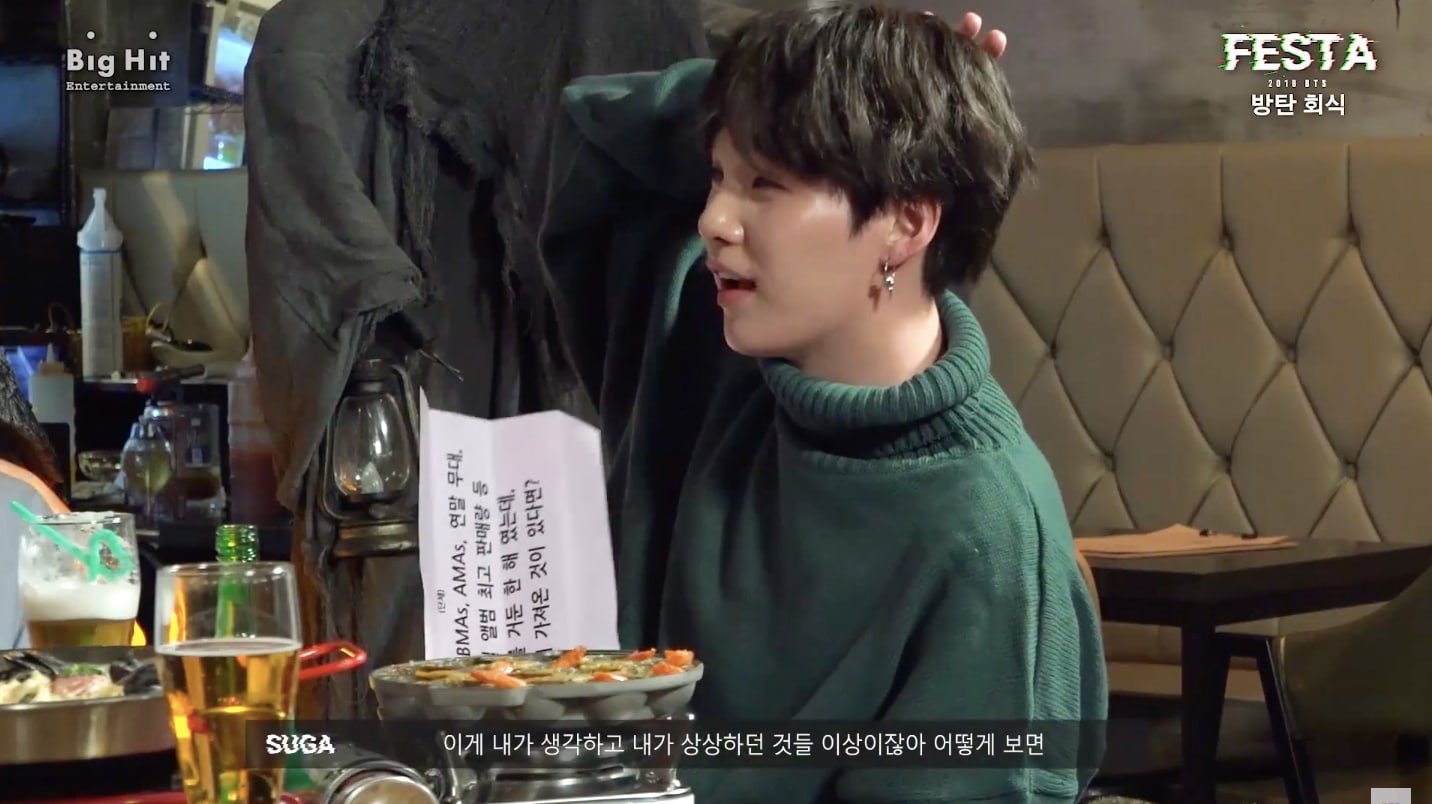 Suga then shared that he had changed his way of thinking while working on BTS’s latest album. “Of course, results are important,” he said. “But while we were busy working on our album in January and February, I started thinking about why I began this [line of work]. I started out doing this because I love music and I love performing, but after starting to worry about things like, ‘The next album has to do even better,’ and ‘This has to do well,’ there was no end to [my worries].”

“However,” he continued, “while working on this album, I think my thoughts have become a lot clearer.”

BTS recently concluded their promotions for their latest album “Love Yourself: Tear,” featuring the title track “Fake Love.” The album made its debut on Billboard’s Top 200 Albums chart at No. 1, marking the first time in history that a K-pop album had topped the chart.