On the June 12 broadcast of MBC Every1’s “Radio Star,” VIXX’s Ravi appeared as a guest and talked about his work as a producer as well as the pressures he feels as an artist.

On the show, it was revealed that Ravi has written over 110 songs. Ravi explained that the number includes songs for VIXX, his solo songs, VIXX unit songs, as well as songs for other artists.

Ravi comes in at about fourth place for the number of songs written by any male idol, following BIGBANG’s G-Dragon, Highlight’s Yong Junhyung, and Block B’s Zico. Sitting in fourth place alongside Ravi is B.A.P’s Bang Yong Guk. 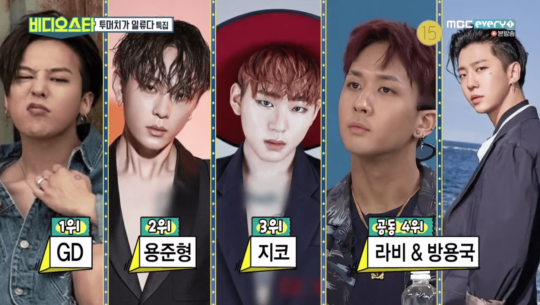 When asked if that also means his royalties also come in at fourth place, Ravi said that that’s not necessarily true: “The income from royalties really fluctuates. When a song has just been released, and its popularity is at its peak, that’s when the most comes in.” He said, “When it’s a lot, I can get tens of millions of won (10 million won is approximately $9,300).” 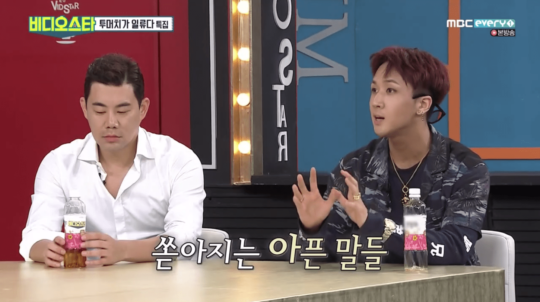 Ravi went on to talk about prejudices that idols face and the pressure he feels because of that: “There are times when idol culture and fans of idols are belittled with use of certain words. I think there’s no reason for us not to be respected, but that kind of mindset isn’t as common as it should be.” Stopping momentarily because he was choked up, Ravi continued, “So I really want to be, myself, an artist that my family and my fans are proud of. I want to work really hard so that when someone says that they’re a fan of Ravi, people will agree, and say, ‘That artist is really cool.’” 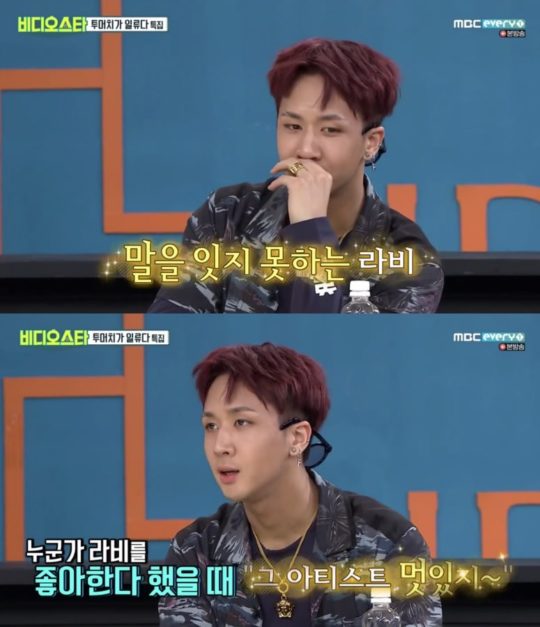 He said the pressure even infringes on his personal life: “[When we first debuted], we didn’t have freedom, or even cell phones for about three years, and we got so used to it. At a certain point, I realized that I was feeling this huge pressure to always do something productive,” said Ravi. “We have our scheduled activities, and when we have that and our team schedule, I honestly can’t write music. I have to write music after everything else is done, so I need more time. The problem is that when it’s a friend’s birthday or something, even if we were laughing, I end up checking the time, constantly looking up when I have to start my day tomorrow, and thinking about the minimum amount of sleep I need to get. I’m constantly calculating my schedule and how much time I have.”

VIXX
Ravi
Video Star
How does this article make you feel?