Park Seo Joon Gets Jealous Over Park Min Young On Her Blind Date In “What’s Wrong With Secretary Kim?”

“What’s Wrong with Secretary Kim?” is about a cold, narcissistic vice-president of a company, his loyal, efficient secretary, and the romance that ensues when she quits her job.

In previous episodes, Kim Mi So (played by Park Min Young), who worked for Lee Young Joon (played by Park Seo Joon) for nine years, quit her job to find herself. Though she’s never dated before, she told her former boss that she dreamt of having a normal relationship with an average man, which shook the normally uncaring Lee Young Joon.

In the released stills, Kim Mi So goes on her first date with her blind date Park Byung Eun. Park Byung Eun plays a reporter, who is Kim Mi So’s ideal type as he has good looks, comes from an average household, and is warm-hearted. She warmly adjusts his necktie, as he affectionately makes eye contact with her. Lee Young Joon looks on from a distance, appearing frozen in place and shocked. 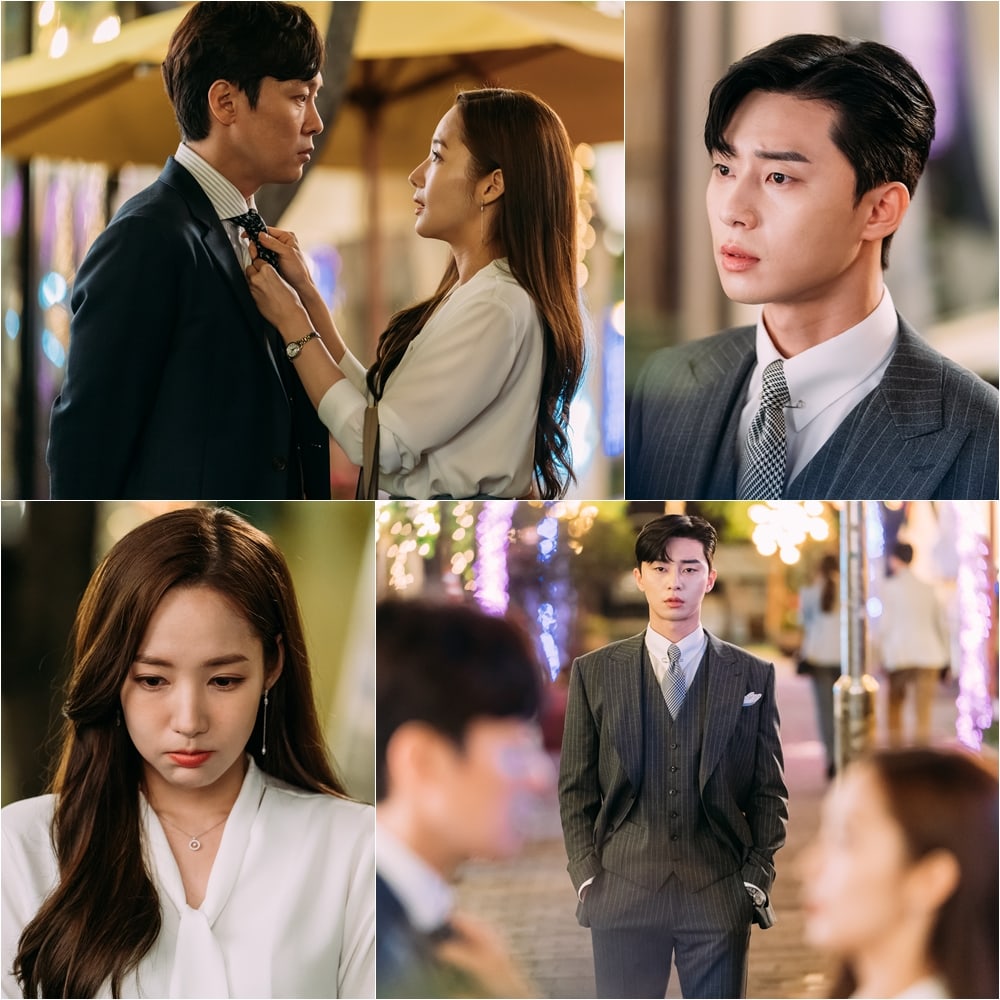 A source from the drama stated, “In the upcoming episode, Lee Young Joon will be analyzing Kim Mi So’s every move and as his adorable jealousy starts to show. We hope viewers will look forward to their chemistry.”

“What’s Wrong with Secretary Kim?” airs every Wednesday and Thursday at 9:30 p.m. KST.

If you haven’t already, check out the drama from the very beginning!