“Rich Man, Poor Woman” is about the CEO of a company who is unable to distinguish faces and a recent college graduate with an amazing memory who is on the hunt for a job.

In previous episodes, Lee Yoo Chan (played by Suho) and Min Tae Ra’s (played by Kim Ye Won) relationship has begun to crack. Lee Yoo Chan has been disinterested in his girlfriend, while Min Tae Ra has been trying her best to be a good girlfriend. Her calm demeanor while dealing with his attitude has only proven that this is not the first time she’s dealt with this. Min Tae Ra was also thrown into confusion as she watched Lee Yoo Chan and Kim Bo Ra (played by Ha Yeon Soo) get closer and her brother Min Tae Joo (played by Oh Chang Suk) revealed that he was planning on taking him down.

In the released photos, there is clear tension between the two. They appear to be arguing over something serious as they both gaze defiantly at each other, not backing down. Min Tae Ra, who has always been a supportive, energetic girlfriend, is seen with tears glistening in her eyes. 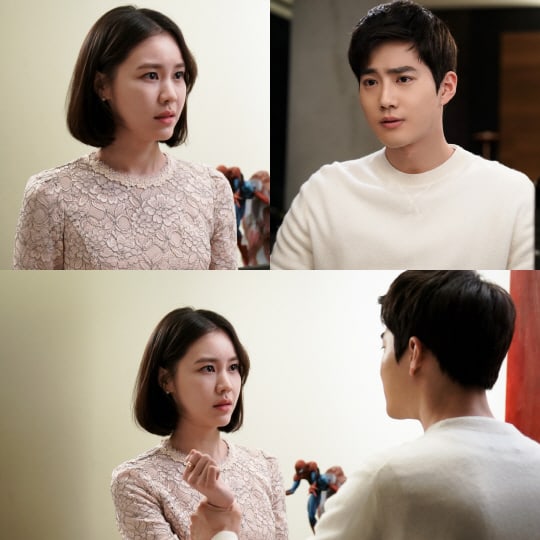