5 Moments Between Park Seo Joon And Park Min Young That Made Hearts Flutter On “What’s Wrong With Secretary Kim?”

Though “What’s Wrong with Secretary Kim?” has aired only two episodes, it has already been met with an explosive response. Park Seo Joon and Park Min Young’s visuals and chemistry is making viewers’ hearts race.

Here are five moments between the two leading characters that made viewers’ hearts beat a little faster. 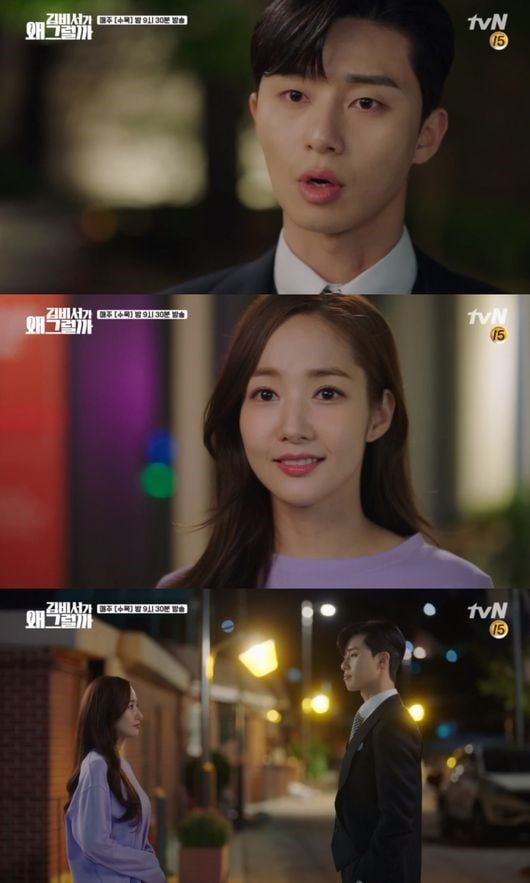 “Are you saying the time you’ve spent working here hasn’t been a part of your life?” 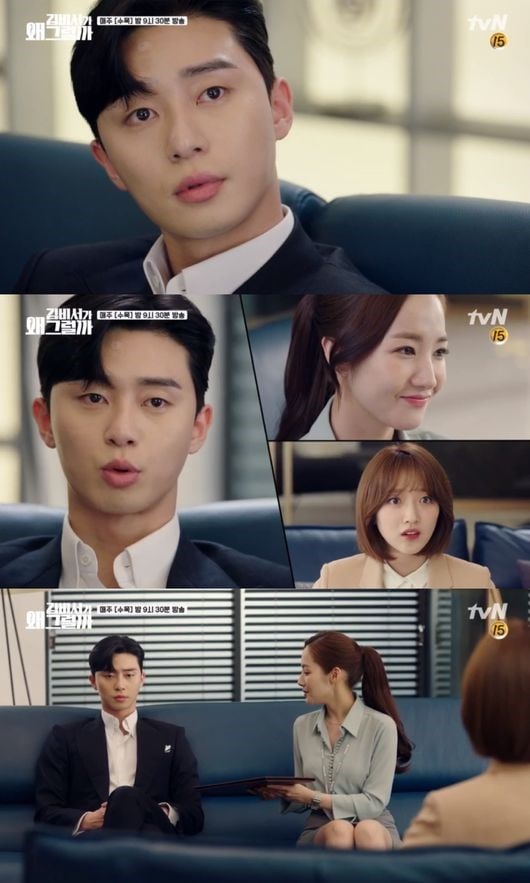 Young Joon and Mi So held interviews to find her replacement, and they ended up bickering like a married couple. The scene was quite sweet in a way as they laid out their grievances, which also showed just how much time they had spent together. Young Joon was angry at Mi So for trying to leave without explaining why, other than calling it a personal issue, and Mi So was angry at him for reacting in such a way. When Kim Ji Ah (Pyo Ye Jin) said she’d be with the company till the day she dies, Mi So replied, “Then you’ll only exist as Secretary Kim, not Kim Ji Ah,” and Young Joon shot back, “Then are you saying the time you’ve spent working here hasn’t been a part of your life?” 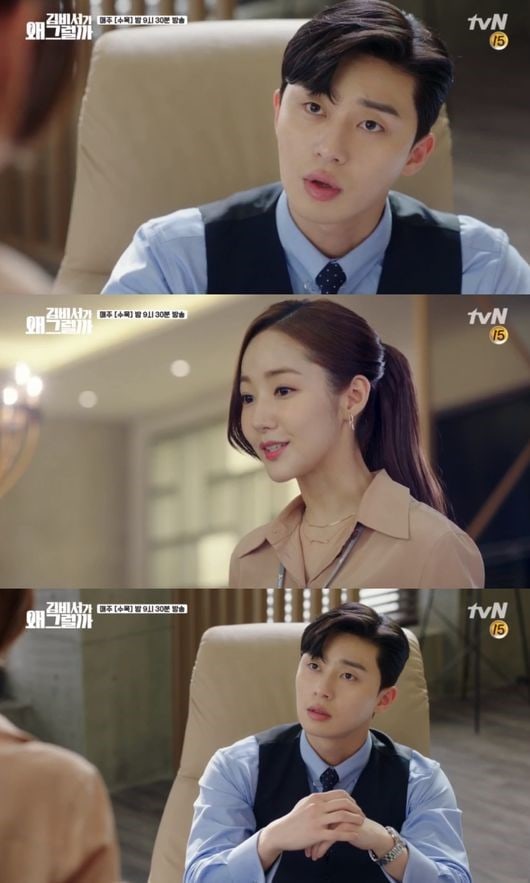 Young Joon had been upset ever since Mi So told him that she wanted to quit. When Young Joon’s dinner plans are cancelled, Mi So asks if she can leave work early and in a bid to keep her around, he keeps giving her tasks to do that she tells him she’s already completed. Young Joon becomes petulant and tells her, “I don’t like you, Secretary Kim,” and she responds with a bright smile. 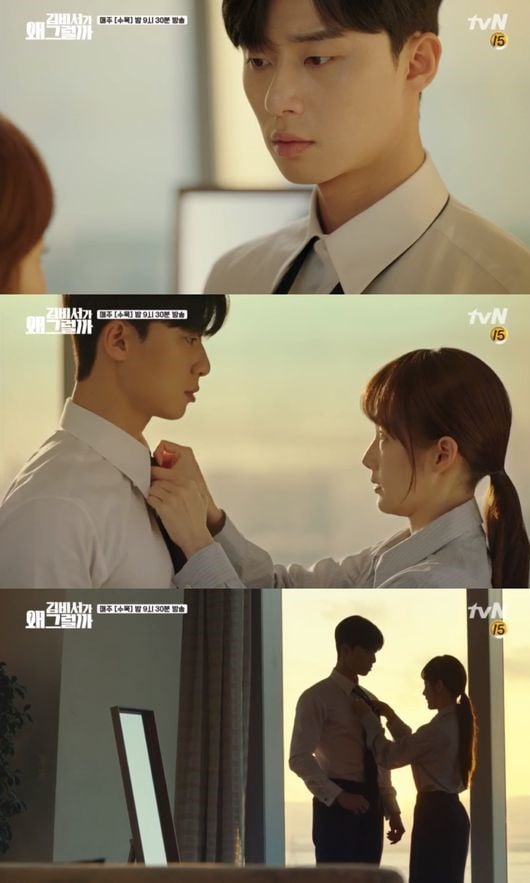 Nine years ago, there was a moment when Young Joon was trying to put on his tie when his brand new secretary comes up and offers to do it for him. Young Joon asks, “You’ll tie it for me?” and hands his tie over, and he continues to stare at her intently as she completes the task.

“Secretary Kim, did you wait long?” 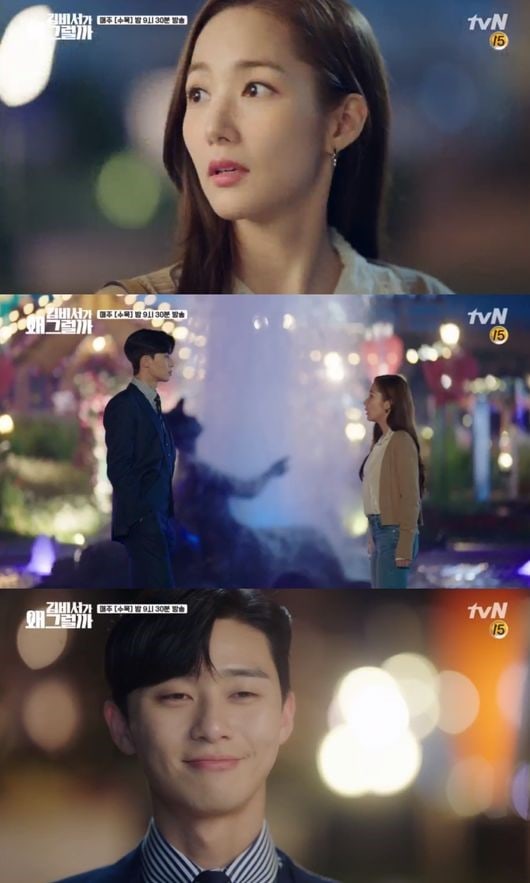 After his friend advises him that he needs to date a person before marrying them, Young Joon does his best to start a relationship with Mi So. Pretending it’s for a survey, Young Joon asks Mi So what she would want to do and where she would want to go if she was dating someone, and immediately acts when he finds out she wants to go to an amusement park. Mi So goes to the amusement park on orders from a higher up, only to find out it was Young Joon’s plan. The venue is completely empty except the two of them, and Young Joon gives Mi So a warm smile as he says, “Secretary Kim, did you wait long?”

“What’s Wrong with Secretary Kim?” is the story of narcissistic vice president Lee Young Joon and his attempts to keep a hold of his secretary Kim Mi So, who wants to quit her job of nine years. The drama airs every Wednesday and Thursday at 9:30 p.m. KST and is available exclusively on Viki.