With just two episodes left till the end of KBS’s Wednesday-Thursday drama “Suits,” many viewers are curious to see how Park Hyung Sik and Go Sung Hee’s romance will pan out.

“Suits” will be airing its last episode on June 14 and though it is mainly a drama that centers around the bromance between Park Hyung Sik and Jang Dong Gun, the story also touches upon the various relationships shared by all of the characters. One that has stood out is the cute and lovely romance that blossomed between Go Yeon Woo (Park Hyung Sik) and Kim Ji Na, also known as the “Rabbit couple.”

The two have always been close, sharing even the smallest of secrets and growing a budding romance between them. However, there are still a few things that stand in their way of completely being open with each other. Go Yeon Woo has not revealed his true identity to Kim Ji Na yet, and she has not shared her full story with him either. 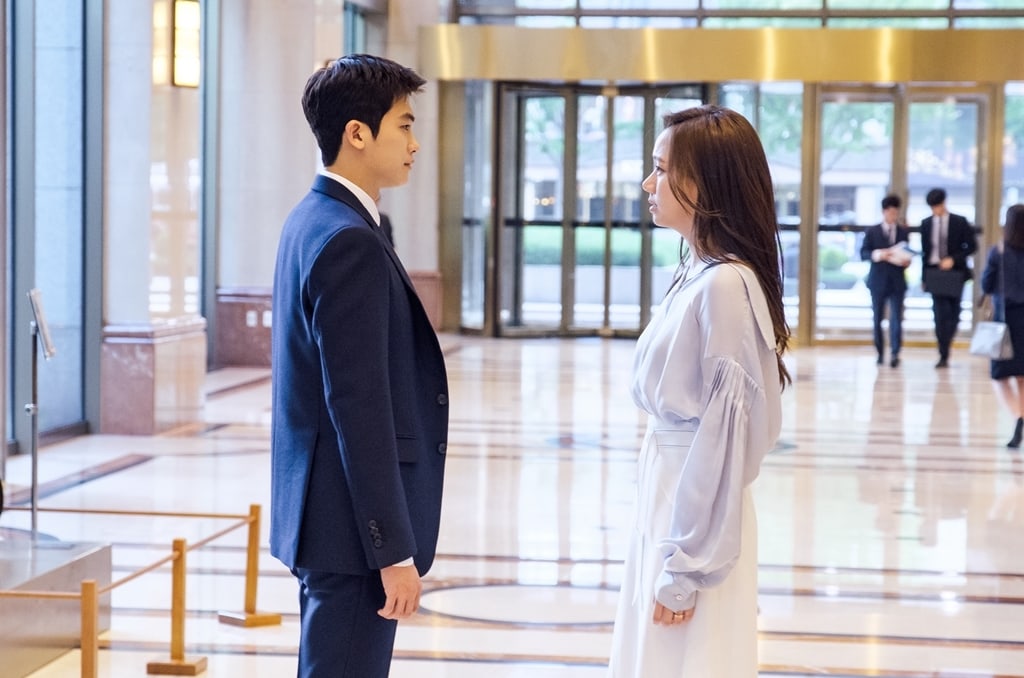 With such obstacles in their way, the couple isn’t able to take a step closer to each other, and the latest episode only added to the viewers’ concerns for the duo as it looked like things might be taking an unfortunate turn for them. Go Yeon Woo did what he could in the mock trial to get his way and Kim Ji Na seemed taken aback by his actions, asking him if he really had to go so far. The tense atmosphere that ensued as the two couldn’t open up to each other with the truth had viewers on the edges of their seats.

Many are rooting for Go Yeon Woo and Kim Ji Na as their romance has been sweet and loving, helping each other grow. The production staff stated, “Go Yeon Woo and Kim Ji Na’s romance will be an important part of the final two episodes of ‘Suits.’ We hope viewers will keep an eye out to see how things go for the ‘Rabbit couple.'”

“Suits” is the story of a legendary lawyer from Korea’s biggest law firm and the bromance he sparks with a genius with photographic memory who pretends to be a rookie lawyer. The next episode will air on June 13 at 10 p.m. KST.