BTS gifted their fans ARMY with great performances, fun stories, and sweet messages at the finale of this year’s BTS Festa!

The guys thrilled fans with lots of performances, with everything from their hit title tracks to fan-favorite b-sides from the past. The show also included unit performances, with Jin and V performing their “Hwarang” OST, Jimin and Jungkook dancing to Michael Jackson’s “Black or White,” and the rap line RM, Suga, and J-Hope staging their first performance of their new song “Ddaeng.” The group also dressed up like their BT21 characters to perform “Anpanman” off their latest album “Love Yourself: Tear.” 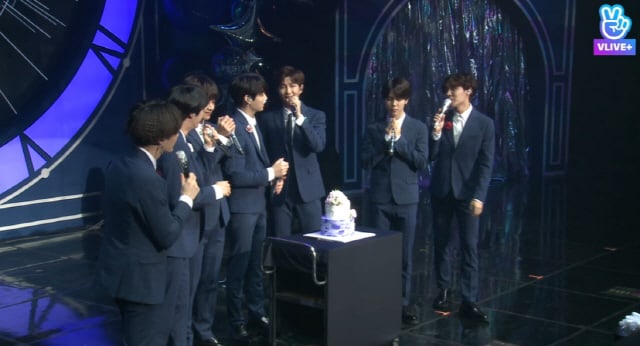 Part of the show included the members sharing confessions in a “The Truth Untold” segment, fitting with the track of that name on their album.

Suga had written to RM, “You have a large burden to bear as the leader and you’re working hard. I always feel sorry towards you, and I’m cheering you on!” RM joked that he wasn’t used to Suga expressing his feelings but said he was touched.

Jimin said, “When we were at the hotel, I misunderstood and came down 30 minutes early. It was far away from my room so I just stayed there, but I greeted the artists who were passing by. Khalid was there, and every time he talked I missed RM.” Jin made them laugh when he said that RM had told him the trick of just repeating the last part of what someone said if he wasn’t able to communicate with them. 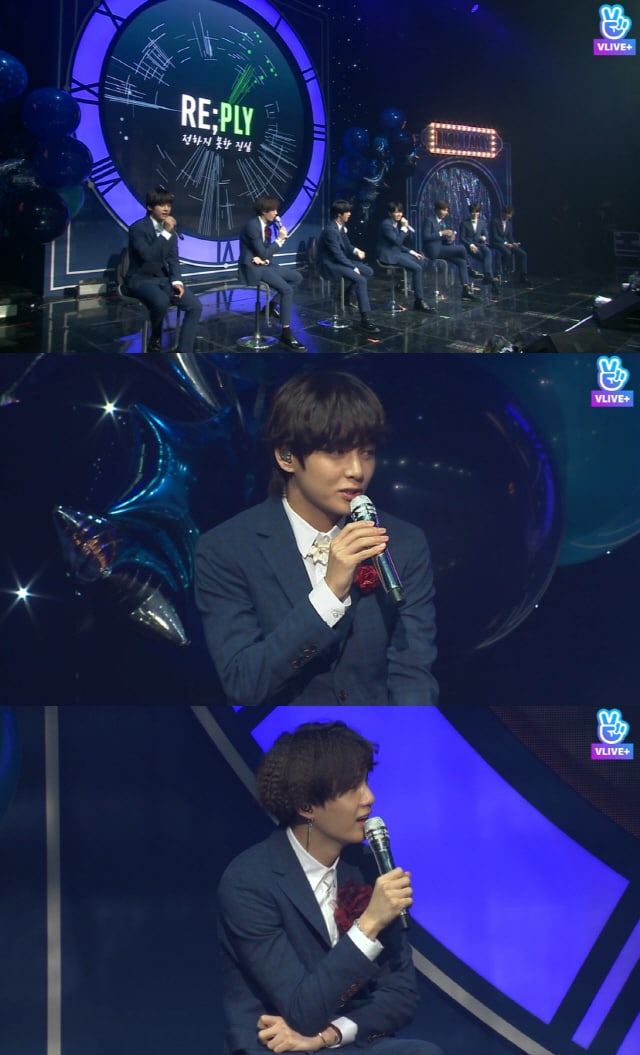 During the show, Suga said, “It feels different to be here with fans at the same place where we held our ‘Danger’ showcase. It’s our fifth anniversary and we’re all happy, that’s the most important thing. I hope we’ll all be happy together for a long time.” V commented, “Five years have gone by really fast. I think we’ve made a lot of memories with ARMY.” He also told fans “I purple you!”

Jungkook said that he’d recently read letters from their fans. “There were some things that were sad, and some that were happy,” he described. “Even though the letters were all different and the lives that people live are different, one thing that was the same is that they all said that we’re a comfort and a source of strength for them. I feel happy because we’re able to give you strength. In the same way, the reason that we shine is because you shine a light on us. We’ll be like a moon for you.”

RM said, “I’m happy that we’re together with you all because of our fifth anniversary, and I love you.” He pointed out that while Jungkook said that they’ll be a “moon” for fans, the English word “moon” sounds like the word for “door” in Korean, and he promised they’ll be a door for fans that guides them to happiness.