In a recent making video for “What’s Wrong with Secretary Kim,” Park Seo Joon and Park Min Young showed their chemistry, helping each other out while also teasing each other behind the scenes of filming.

The making video begins with Park Seo Joon, Park Min Young, and the other office cast members filming a company karaoke scene together. Behind the scenes, they laugh while watching their on-screen co-workers show off their singing and dancing. However, when it comes to his scene, Park Seo Joon quickly slips into character as his employee drunkenly stumbles into his embrace, and he says, “Pull her off of me,” as only his character Lee Young Joon can. 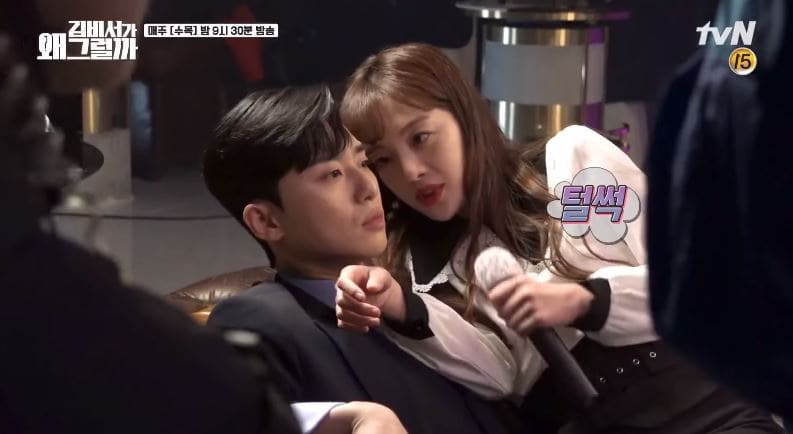 Park Seo Joon and Park Min Young also film a scene where she ties his necktie for him. While practicing the scene, the director teases Park Min Young for not being able to tie a necktie, while she protests that she can do it. She eventually practices with a staff member, but keeps tying it wrong. Eventually, Park Seo Joon steps in teaches her how to do it. 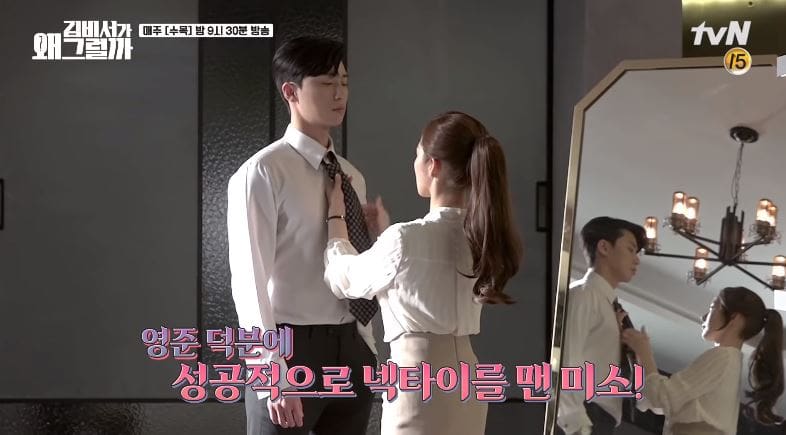 In addition, they film a scene where Park Min Young leans in to smell him, to check if Park Seo Joon is drunk. While practicing the scene before filming, he teases her by blowing air out of his nose every time she gets close. When the director asks her to smell him a bit more, Park Seo Joon jokes, “Can’t you just flare your nostrils a bit more? If it were me, I could fit a coin in my nostril.” 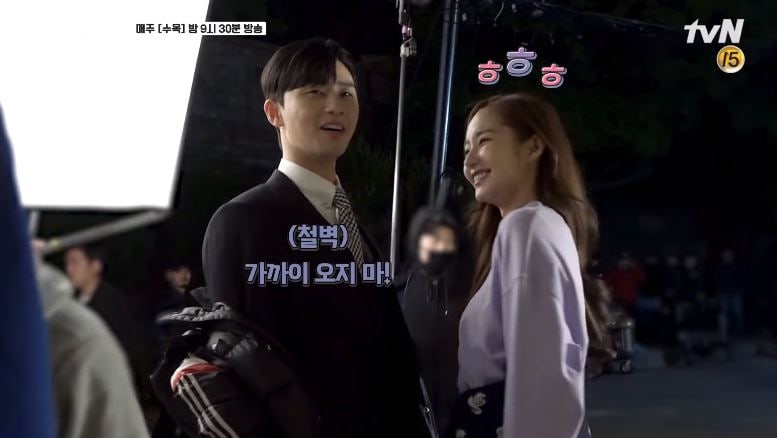