On June 14, Gaon revealed chart results for the week from June 3 through June 9.

For the second consecutive week, Bolbbalgan4’s “Travel” topped the overall digital chart for the week. Wanna One’s new title track “Light” made a strong debut at No. 2. Previous idol group releases “Fake Love” by BTS, “Bingle Bangle” by AOA, and “Time for the Moon Night” by GFRIEND round up the top five. 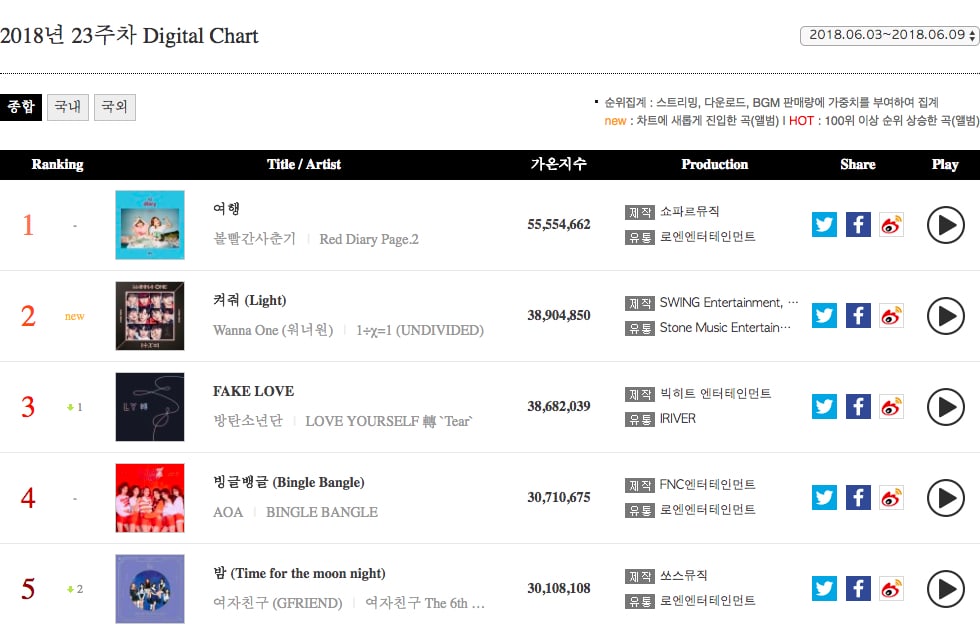 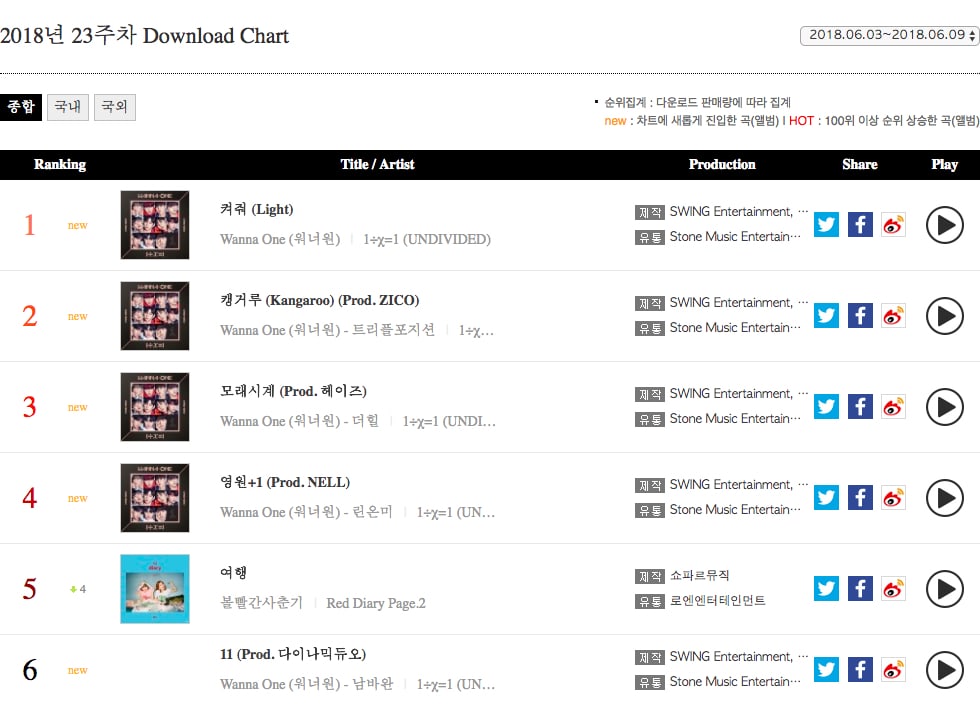 The top five of the streaming chart remains the same as last week. “Travel” is No. 1, “Fake Love” is No. 2, and “Time for the Moon Night” is No. 3. “Don’t” by Loco and MAMAMOO’s Hwasa took fourth and Nilo’s “Pass” took fifth. 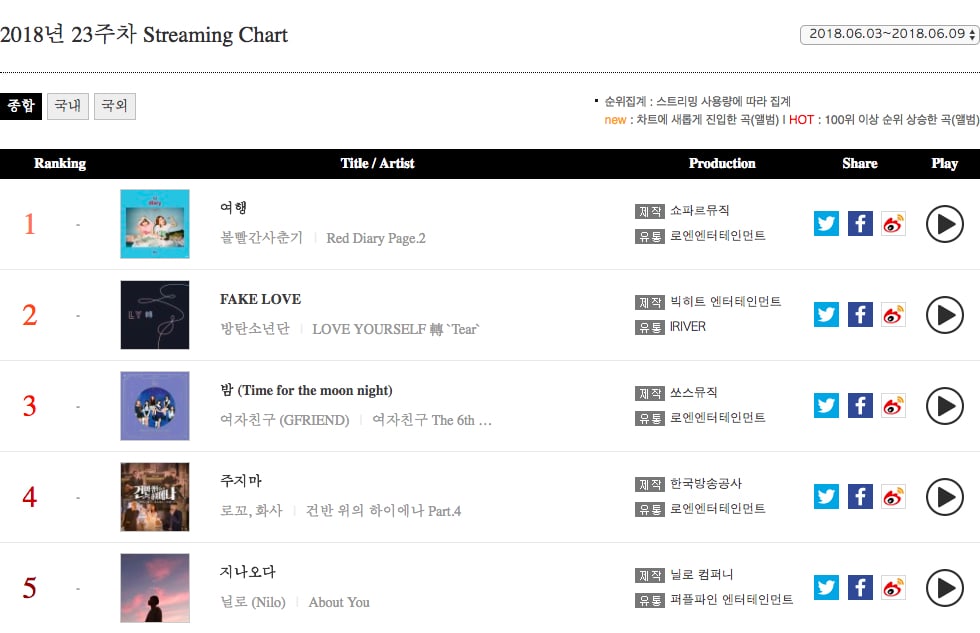 “Light” also took the top spot of the BGM Chart, which records the songs that people purchase the most to set as background music for their blogs and KakaoTalk profiles. “Fake Love” placed No. 5. 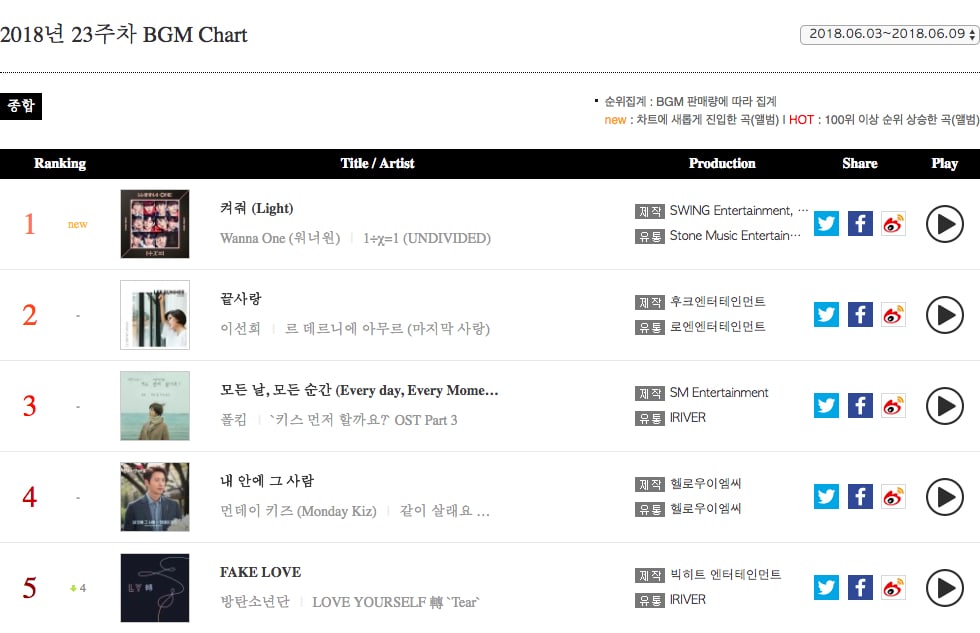 “Fake Love” rose to first on the mobile chart for ringtones. It is followed by “Travel,” HAON’s “Boong Boong,” “Bingle Bangle,” and BTS’s “Spring Day.” 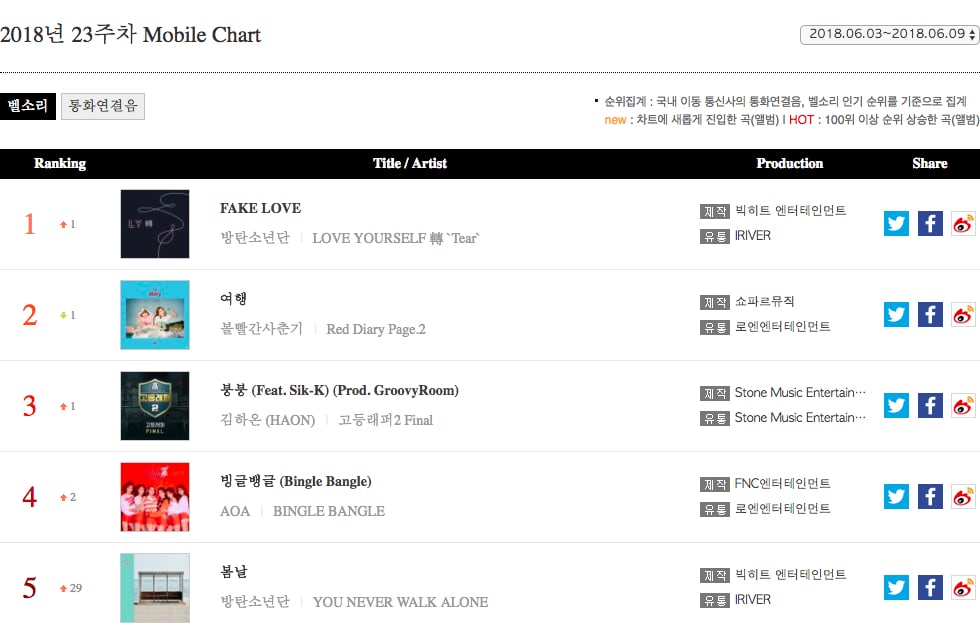 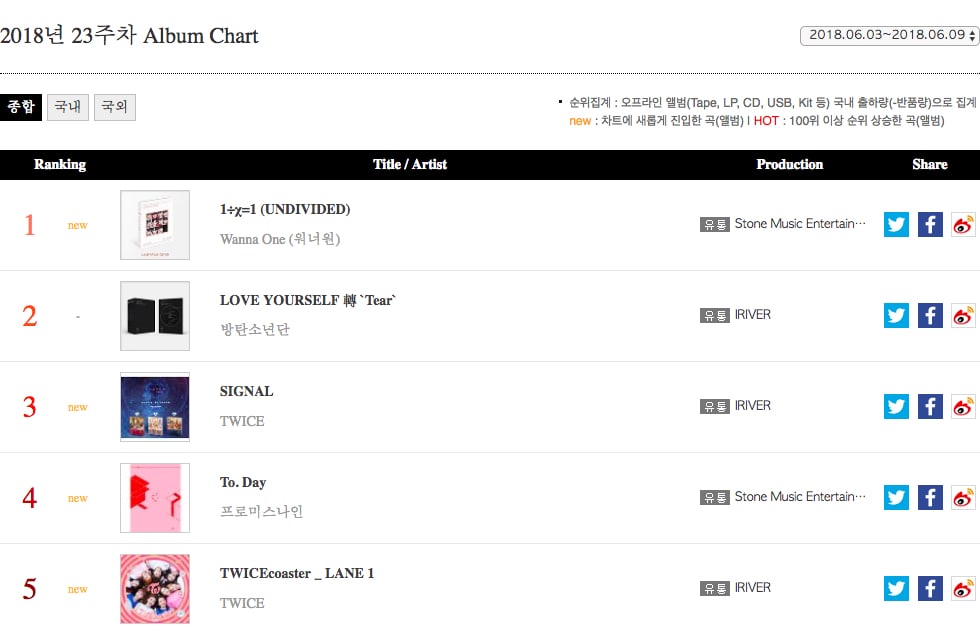 “Fake Love” maintained its reign on the social chart, which is a result of data from YouTube, Twitter, and YinYueTai, for the fourth consecutive week. “Light” came in at No. 2. MOMOLAND’s “BBoom BBoom,” TWICE’s “What is Love?” and BTS’s “DNA” remain strong in the top five. 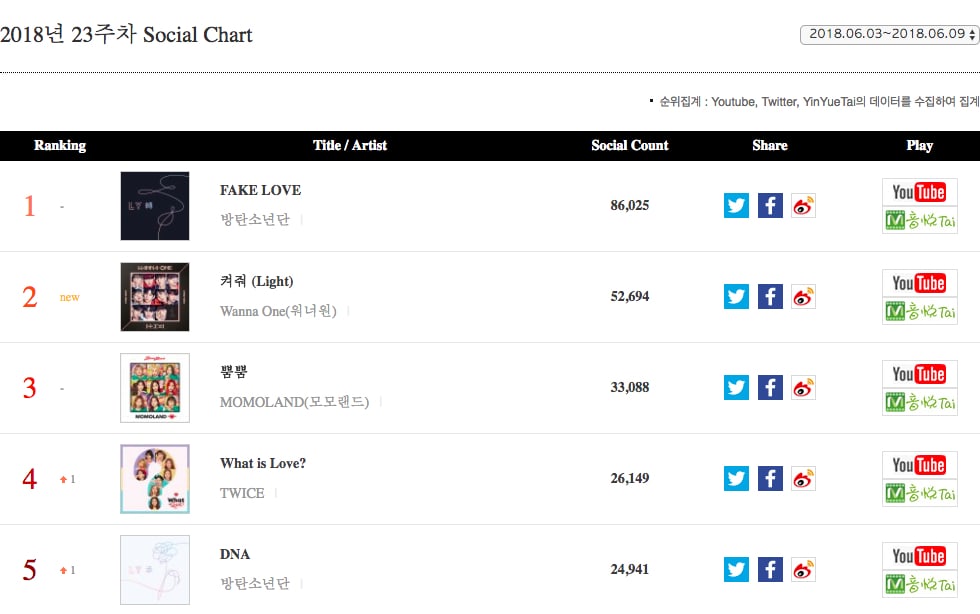